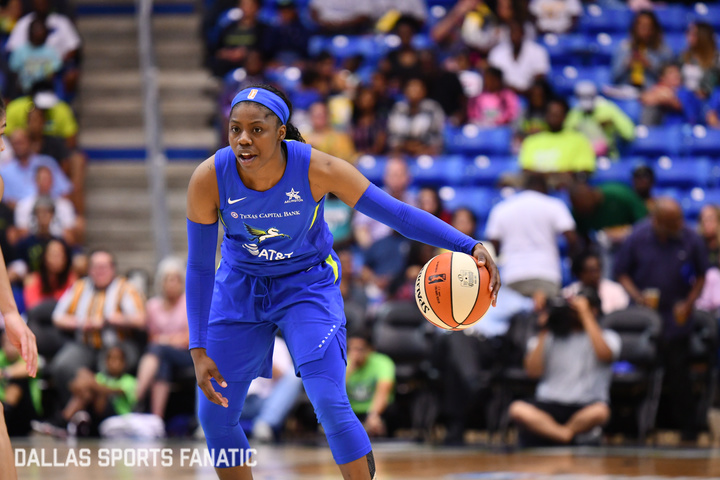 Arike hits a season-high in Wings win over Mercury

Arike hits a season-high in Wings win over Mercury

The Dallas Wings took on the Phoenix Mercury for the second time this season and clinched a 95-89 revenge victory.

Arike Ogunbowale was the star of the show hitting a season-high 33 points to help Dallas snap a three-game skid. She went 6 -7 from the three and marked her sixth career 30-point game. Allisha Gray followed behind with a season-high 20 points and Marina Mabrey took full advantage of her first career start with a high of 17 points.

The Dallas Wings are the youngest team in the league and standing up to a veteran team carrying so much experience isn’t easy, especially when you tempt Diana Taurasi, who not only identifies as a professional rookie bully but is also coming off an injury break.

Ogunbowale being mic’d up during her monstrous performance was the cherry on top for Wings fans. It was an opportunity to really see Arike’s leadership take over in an incredibly fast-paced matchup.

“You can take that! You can take that!,” at one point in the fourth quarter Ogunbowale encouraged Mabrey to take the shot at the top of the key and so Maybrey did. Ogubowale is flawlessly transitioning into the role of a fearless leader for the Wings.

Even with Brittney Griner having one of her best games of the season Ogunbowale could not be contained. Once she heats up, good luck stopping her because she will take off with any little wiggle room you mistakenly give her.

After today’s big win the Wings improve to 4-7. Next up the Wings take on the Minnesota Lynx (7-3) on Wednesday at 8 p.m. central on FOX Sports Southwest Plus.