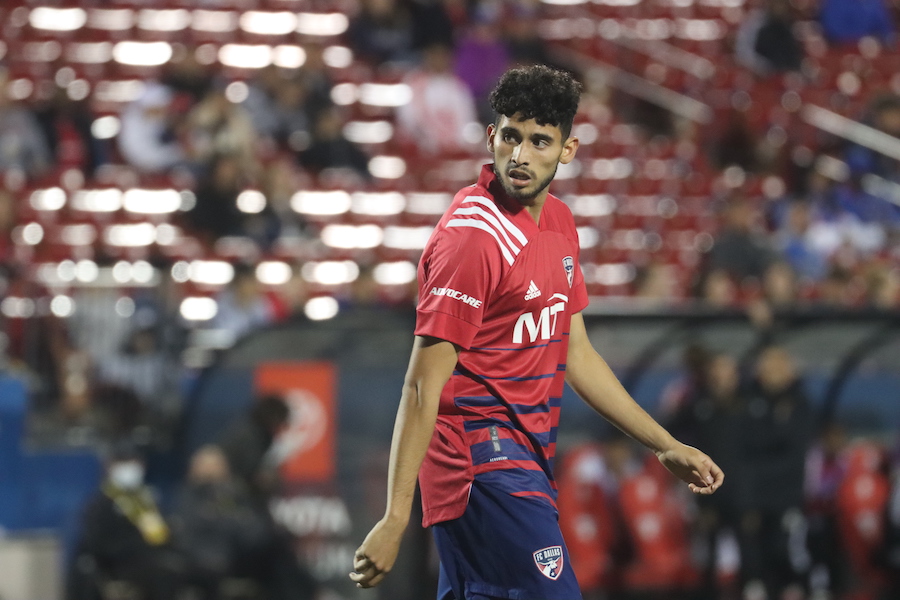 The move has been reported to be around the $20 million plus add-ons, making it a club-record fee. The 18-year-old signed a contract until June of 2026 with the option of an additional year, the club confirmed.

“An opportunity like this is something I have worked my entire life to accomplish,” Pepi said to FC Dallas staff. “This is truly a dream realized. I understand that I have to keep pushing, training and growing. I am grateful to the FC Dallas organization for helping me achieve this goal. I will always have a special place in my heart for FC Dallas and our amazing fans. Thank you for supporting me. I will continue to make you proud.”

After months of speculation, it was only a matter of time for a move for the up-and-coming Pepi to make a jump across the pond to Europe. Many teams were scouting the young USMNT forward, like Wolverhampton in the English Premier League and his “dream team” Real Madrid. Social media rumors set the young American to other Bundesliga sides like Bayern Munich and Wolfsburg, but Augsburg was the one to drop the cash on the table.

The forward has signed a contract to June 2026 with an option for an additional year. pic.twitter.com/iwcBNCDAYt

What’s next for FC Dallas?

FC Dallas could use some of that money to purchase reinforcements for their new head coach, Nico Estévez. Now, as to who may come and fill that role is unclear, but expect to see some reinforcements in the coming days.

“While it’s a challenge to lose a player like Pepi, who was one of the most talented players in the league in 2021, it also creates an opportunity for us to reinvest the proceeds from this transfer on players who can make an immediate impact on the field and help us compete at a high level,” said FC Dallas Head Coach Nico Estévez to FC Dallas staff.

FC Dallas will return to action for their upcoming season without their star player. With that, a change of the mantle will need to occur. With exits all around, current players must step up to fill those voids and make FC Dallas a winning side.

Augsburg is currently in 15th place of the Bundesliga and is only aspiring to remain in the Bundesliga as they’re only a point above the relegation zone. Pepi will most likely see activity for the German side as soon as possible due to Augsburg only averaging to score one goal per match in the current Bundesliga season.

The German side has not lost a Bundesliga match since December 4, 2021. Their next Bundesliga match will see Augsburg play against Hoffenheim away on January 8. It’ll be only a matter of time for Pepi to make his debut in the Bundesliga. Hopefully, he will not need much time to adapt and make an impact in Germany. The main objective for Pepi is to adapt quickly and start to gain minutes under Markus Weinzierl.

Pepi signed a homegrown player deal in June 2019, becoming the club’s fourth youngest academy player at 16 years old. The 18-year-old was already a player to look out for in the future, especially his 2021 MLS season breakout, where he scored 13 goals in 31 matches. As a result, the USMNT head coach, Gregg Berhalter, started to notice and gave him his first USMNT call-up. The 18-year-old had terrific performances, with the USMNT scoring three goals and providing three assists in seven matches.

Is it sad that Pepi is leaving? Absolutely, but Pepi is onto better things for him and his future just by signing to a Bundesliga club. Who knows? Maybe he could end up being the first American player at Real Madrid, his “dream club.”