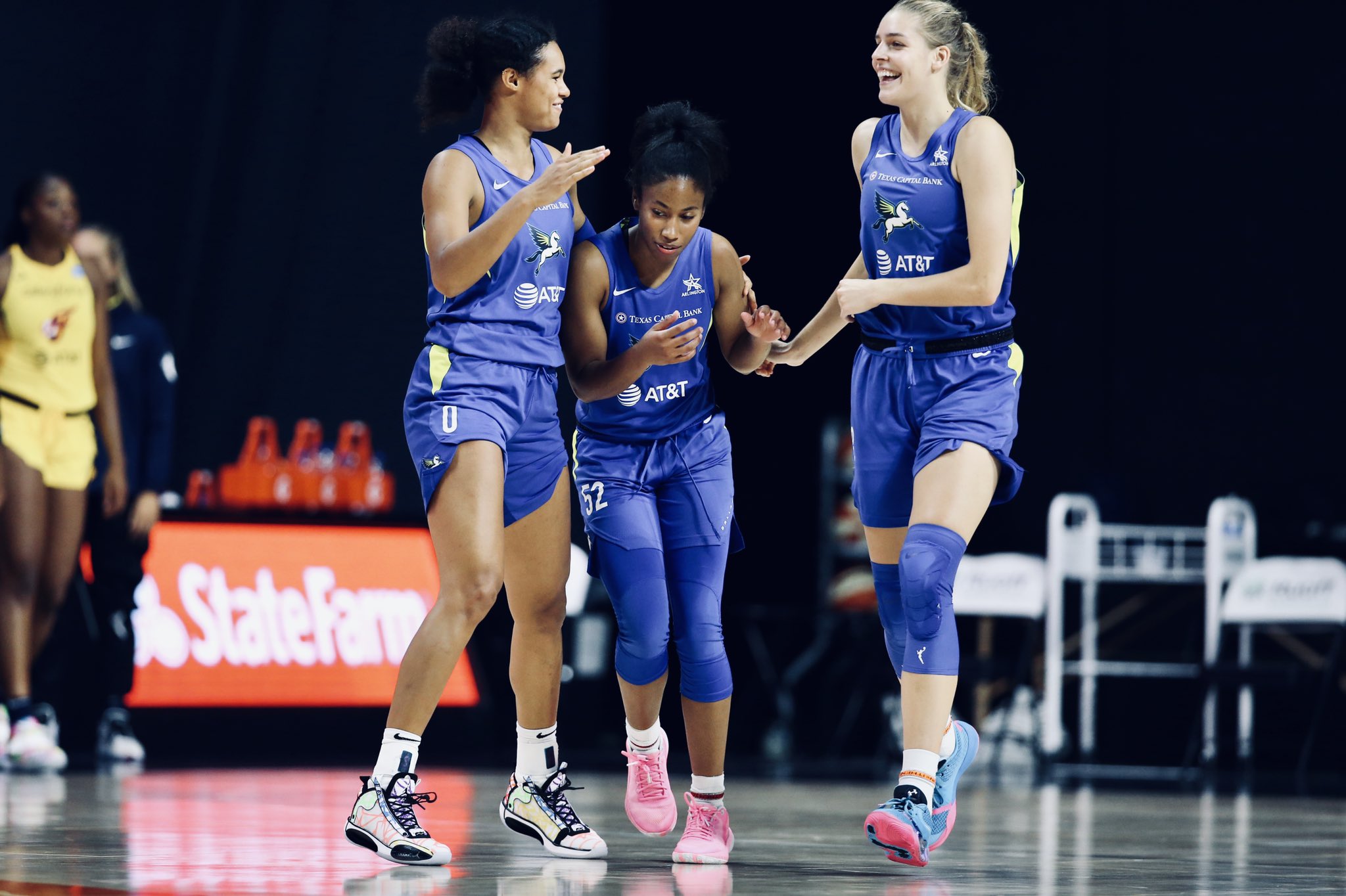 1)The Rookie of the Year conversation starts now and Satou Sabally is the center of it.

The Dallas Wings (2-1) defeated the Indiana Fever Friday night 76-73 with a breakout performance by Sabally. The six-foot-four Forward recorded her first double-double racking up 23 points, 17 rebounds, making franchise history as the first rookie to score 20-plus points and grab 15-plus rebounds in a single game.

After just three games in the WNBA, Sabally is playing with the grit and confidence most rookies develop further along into the season. Averaging 15 points, nine rebounds, Sabally is strong, smart and I am convinced she has history as a gymnast.

Sabally may have been the star of the show, but rookie teammates Bella Alarie and Tyasha Harris played a big factor in the Wings’ win from behind.

No. 5 pick Alarie had herself a game against the Fever logging in six points, four rebounds and two clutch blocks. She competed at a high standard against Teaira McCowan and played a crucial part in the defensive success of the Wings.

Harris took over in the fourth quarter leading the team in assists with a total of five assists, seven points. Y’all, Harris is FAST. She is fast and unbothered and I’m also including her in the list of rookies who will pop off this season. 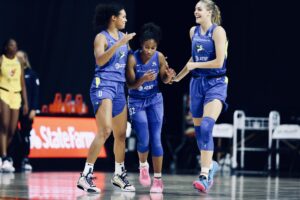 This draft class is so talented and fun to watch, I’m all in.