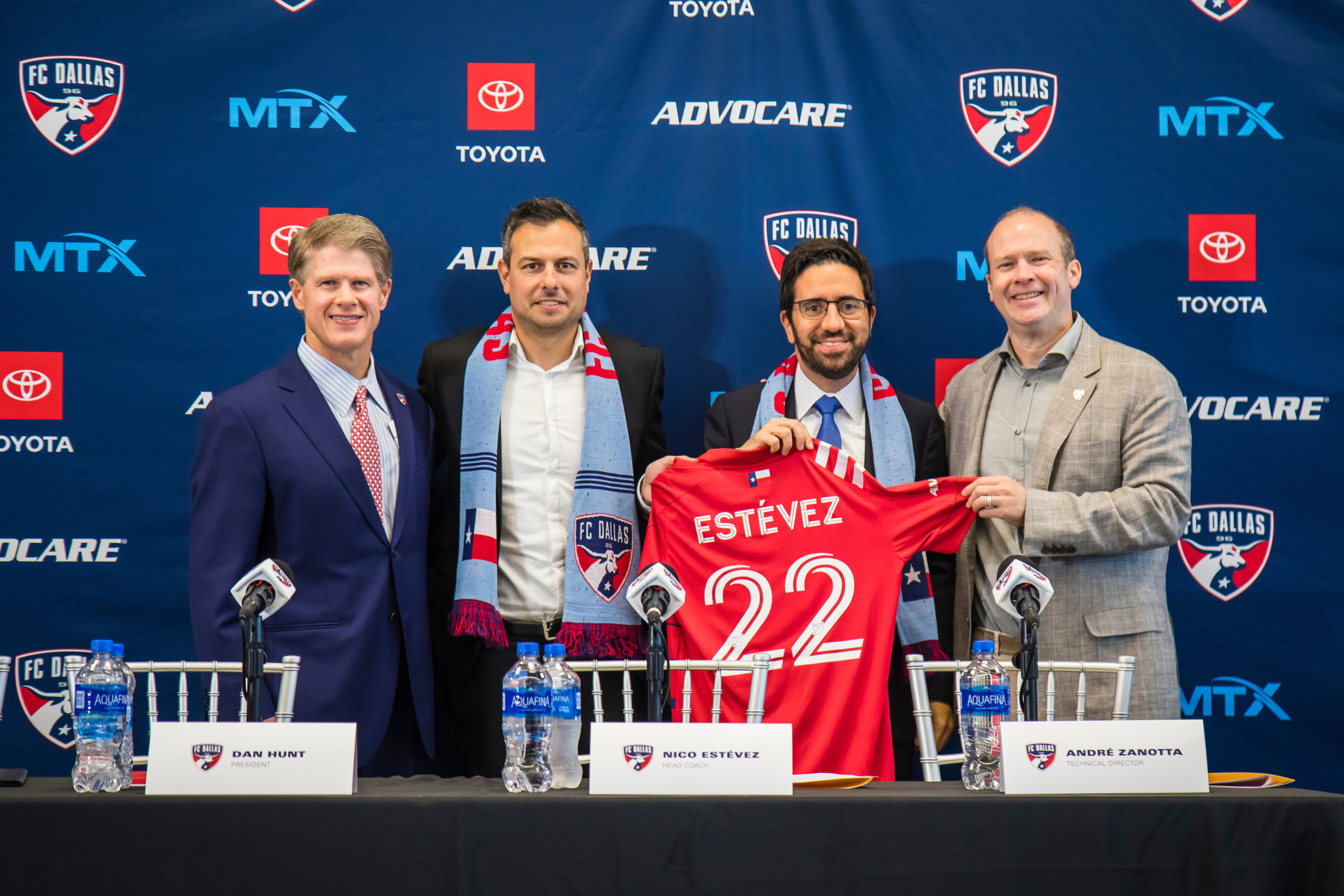 Estévez comes as an assistant coach on Gregg Berhalter’s United States Men’s National Team staff. Estévez mentioned how it was the right opportunity to take a coaching job in his career.

“I liked how FCD worked with their academy,” said Estévez. “It is something that stood out to me.”

“Nico’s familiarity with our player pool and understanding of our roster are huge assets,” said owner Clark Hunt. “He understands how to have success across all levels of the game and will do what is necessary to produce winning results.”

More than 200 applicants around the globe came knocking at FC Dallas’ doors for the head coaching job. According to Clark Hunt, “We narrowed our search under our vision, integrity, and a leader to believe in, while teaching, and support while being held accountable.”

Estévez was grateful for his time with U.S. Soccer for three years. His experience under Berhalter makes him a fantastic candidate for FCD because, in U.S. Soccer, they have to watch every league game, compare it with European leagues, and see how they can compete here to make an eventual jump Europe.

What to look out for: youth projection and new system

“This is the type of opportunity that I was looking for,” said Estévez. “Working with homegrown players, to grow as a club and to become a reference with the league and all over the world.”

Though it seems that the idea might be straightforward for FC Dallas fans and players involving homegrown players, Estévez shared his message to those academy players looking to make a break into the first team.

“I always play young players,” said Estévez. “It is natural to me. I think this is valuable, but we also have to be cautious on how we move players forward and when to bring them.”

As for new players coming into the squad, it is uncertain who may come to FCD to replace and reinforce those areas over the break.

“We are analyzing in detail all of our needs and where we want to go,” said Estévez. “There are positions that the team needs to reinforce, but until decisions have been made I won’t be to say what needs to be done.”

Upcoming season and things to remember

Things will be shaking up in the upcoming days, given that FCD released their roster updates ahead of the 2022 season just a few days ago.

FC Dallas will kick off their 2022 MLS season under Estévez with the side’s home opener against Toronto FC on Feb. 26, 2022.