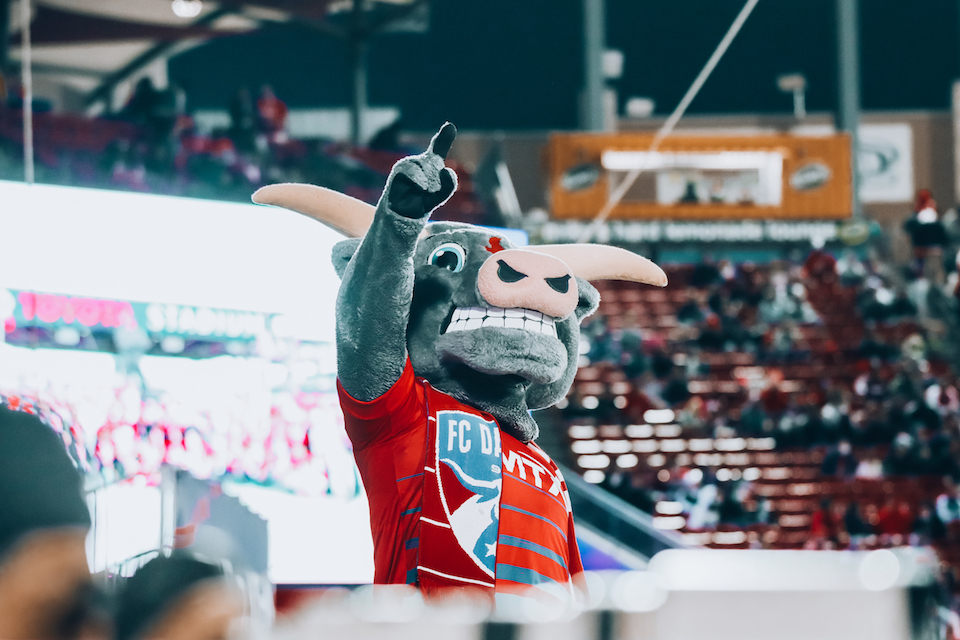 FC Dallas is out of the playoff race, what’s next?

FC Dallas is out of the playoff race, what’s next?

FRISCO, Texas – FC Dallas is officially out of the playoff race after losing Wednesday night 3-2 against LAFC. The question that now comes to mind is, what’s next for the North Texas side?

FC Dallas (6-14-10) still has four games to play this season. The team will travel Saturday, Oct. 23, to Carson, CA, to face LA Galaxy. The team will then play Wednesday, Oct. 27, Real Salt Lake in Frisco. The team will play their last game at home on Saturday, Oct. 30, against Texan rival Austin FC. The season will conclude with the team traveling to Kansas, MO, to play Sporting Kansas City on Sunday, Nov. 7.

Once these games are all set and done, the question remains: What’s next for FC Dallas?

Significant changes are expected in the squad ahead of the 2022 MLS season. One of those changes is the loan returns of several players. Goalkeeper Phelipe Megiolaro, 22, has made an appearance 11 times accrued over 900 minutes of playing time. According to the club, FC Dallas can exercise a permanent transfer on Megiolaro’s contract at the end of the 2021 season following the loan duration.

Another player who is also set to leave is Venezuelan International Freddy Vargas, 22, who has failed to score a single goal and register an assist for FCD this season. Vargas has had some stints with North Texas SC this season after not getting many minutes with FCD. Just like Megiolaro, FCD has the option to exercise a permanent transfer on Vargas’ contract following the duration of the loan in December 2021.

Andrés Ricaurte, 30, is another who is in the same situation as Megiolaro and Vargas. FC Dallas has the option to exercise a permanent transfer on Ricaurte’s contract in December 2021, following the duration of the loan. Ricaurte has featured in 24 games this season and accrued one goal and three assists.

Only time will tell whether or not FC Dallas exercises a permanent transfer on all three players. In the meantime, they have some time left in their FCD contracts.

Some players still feel insecure about whether they will be given the option to renew their contract for the 2022 season. Others are looking at a potential transfer from the club. Seventeen-year-old Justin Che might be one of those players getting ready to pack his bags, as German powerhouse Bayern Munich is looking to acquire the defender’s services.

It is imminent that there will be some ins and outs of the club. The question is who will be joining the club still up in the air, but according to FC Dallas President Dan Hunt, the team is willing to spend some money with the arrival of the new coach.

“Were committed to spending, but it will be the coach’s decision in bringing in players,” Hunt said. “We will spend to fill those holes we may have.”

One significant change in FC Dallas’s squad is the imminent departure of Ricardo Pepi, who’s been on the radar for major European sides. Although nothing official yet, Pepi seems like he might not be here for the 2022 season. It is a matter of time when a club will place an official bid and for FC Dallas to accept it.

One question remains in regards to his departure, who will replace him? Will FC Dallas want Franco Jara to be their primary starter? Lots of questions with little time as the Winter Transfer Window approaches. It is unclear who might be brought for the number nine role, but changes will occur on this side. Pepi’s departure will be a big hole, and FC Dallas needs to find someone capable enough to do the job even better.

Lastly, Hunt and Technical Director Andre Zanotta began searching for a new head coach after Luchi Gonzalez’s departure in September. Rumors have surfaced on who might be on the hot list, but nothing official. Whoever comes to take on this role must know that the fans will expect results quickly. With many months of preparation before the start of the 2022 season and squad turnovers and additions, the head coach must be ready to make FC Dallas a winning side.

Lots of questions remain, but most importantly, the season is almost over. The time to enjoy FC Dallas is running short, as fans enjoy the games and have a good time independently of the results.