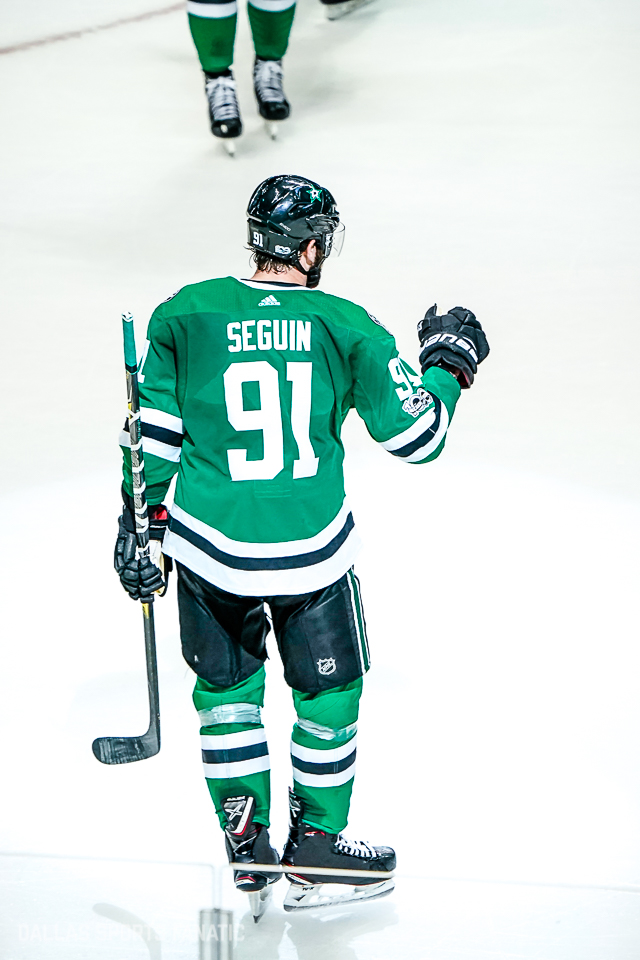 Just like last year in the Stanley Cup Final, the Dallas Stars put forth a herculean effort in the span of a month- this year, in an attempt to just make the postseason- but again, it wasn’t enough.

Dallas will miss the 2021 postseason for the first time since its collapse in the 2017-18 campaign. Nashville clinched the final playoff spot in the central with a 3-1 win over divsion-leader Carolina Saturday night.

It’s the end of a five-month long battle for the chance to defend the Stars Western Conference Final- but in the end, Dallas’ injuries, delays, and division competition.

Still, this group produced plenty of storylines week in and week out- and entering the final game of the year Monday night, the past two have been no exception. Here’s a unit-by-unit look at Dallas as it heads for the 2021 offseason.

Tyler Seguin’s long awaited return didn’t disappoint. The forward’s injuries and subsequent surgeries after the Final were perhaps more serious than many had been led to believe- but that didn’t stop him from adding highlight-reel goals in losses to Florida and Tampa Bay last week.

Check out this video on Seguin’s Instagram. His extensive rehab finished ahead of schedule- and for Dallas, getting him back on the ice has to be a win.

Seguin is shut down for the final game in Chicago- along with Roope Hintz- who ended up missing 15 of Dallas’ 56 games in 2021.

Hintz, Robertson and Joe Pavelski- who will end the season as the team’s leading point-getter, and just a few goals off the NHL’s power-play goal-scoring title- carried the offense this season. But beyond that, the unit was lackluster as a whole without Alexander Raudlov- who looked elite in a limited sampling size, but played just 11 games. It’s scary to think about where this group would’ve been without them in the shortened season- certainly not anywhere near the 2.75 goal per game mark it will finish with.

Again, Dallas found its identity in its back check- holding opponents to just 2.62 goals per game- good for eighth in the league.

Depending on how the last game against Chicago goes, Dallas could finish with a plus differential- and if they do, the credit belongs squarely to the defense. The Stars scored at just the league’s 18th-best pace, but could finish in the green in plus-minus- something that St. Louis, Montreal and Nashville- all playoff teams- weren’t able to do.

That statistic isn’t the end-all-be-all in measuring team success, but it is a good measuring stick. So many times this year, the Stars found themselves in close games- but the offense couldn’t close games out.

Both units spent times in the extremes in 2021. Dallas’ powerplay shot out of a cannon in January, pounding Nashville for a 7-0 bludgeoning on Opening Night. After that, the Stars slowly cooled with the man advantage, only to again warm up as the team started to win in April.

In the end, surprisingly, Dallas will finish with an elite power play- sixth-best in the league at 23.4 percent. Pavelski carried the load here- without his 13 tallies, the Stars would’ve been among the league’s bottomfeeders in power play markers at just 23 on 2021.

Dallas power play ends up at an impressively mediocre 21st-best clip- and it also saw its fair share of extremes in the year. In April, it went on a dominant run, but was dry during the long losing spells of February and March.

Dallas ended up rotating Anton Khudobin and Jake Oettinger throughout the season. Ben Bishop’s injuries that shelved him in the 2020 playoffs ended up keeping him out for the whole season. Both goalies ended up with solid numbers- each below 2.55 goals against and a save percentage above .900.

Oettinger definitely had a better statistical year, but mostly worked as the second fiddle. Khudobin started 32 games- while Oettinger came on in relief in five separate instances in addition to his 23 starts. Head coach Rick Bowness didn’t offer much clarity on the goaltending rotation during the middle of the year- especially when the team was struggling. Khudobin had stretches where he looked like the dominant netminder that carried the Stars to a six-game series against Tampa Bay last year- but also had lengthy periods of struggling in net.

It will be extremely interesting to see whether Dallas joins the like of the New York Rangers or Boston Bruins next opening night- both playoff contenders who have experimented with three-goalie rotations in recent years.

No matter which way you slice, it, the Stars missed the mark in 2021. A team coming off a berth in the league’s championship series surely enters the following year with a playoff-or-bust mentality. Even if it ends up coming within two points of a playoff spot, missing the top four in the central is a disappointment.

There were certainly bright spots, like an explosive start, entertaining individual games, an April win streak and the emergence of Jason Robertson, but in the end, the team dropped the ball.

Much more analysis to come as the Stars begin a lengthy offseason.