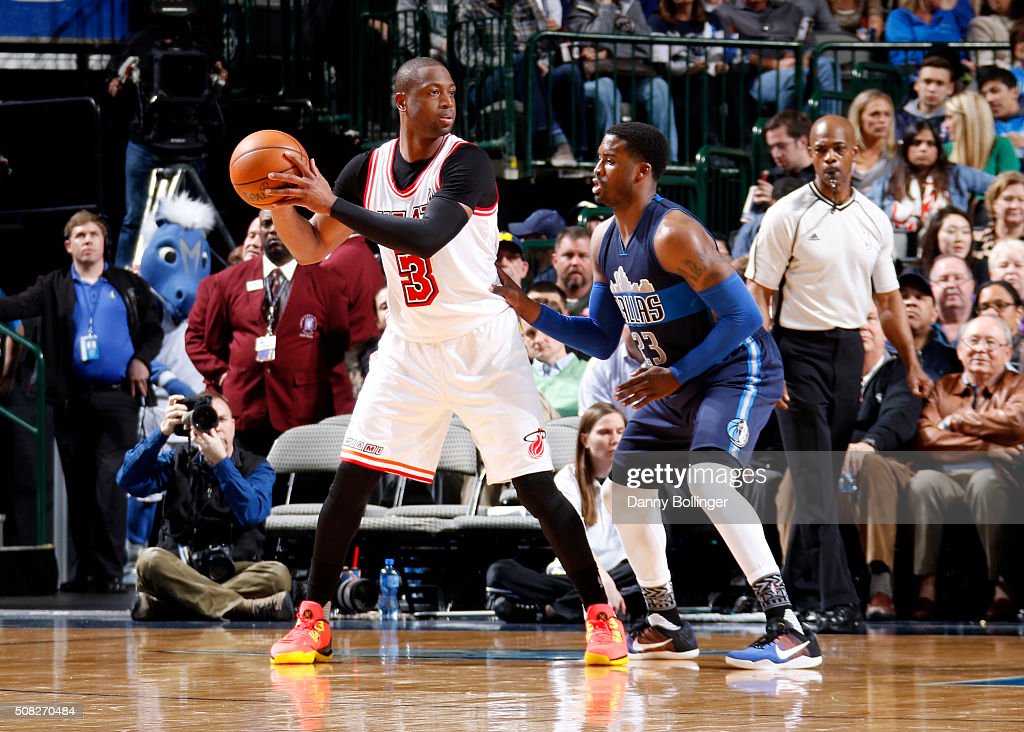 DALLAS — After matching the worst shooting half of his career in the first 24 minutes against Dallas, Dwyane Wade missed his first shot of the third quarter.

When Amare Stoudemire grabbed the rebound and got the ball right back to Wade, the Miami star shot it again. And it went in.

Wade bounced back with 16 of his 18 points in the second half and Chris Bosh led the Heat with 20 in a 93-90 victory against the Mavericks on Wednesday night.

“I think I missed nine layups early on in the game,” said Wade, who was 1 of 11 at halftime and scored his only points with just 48 seconds left in the second quarter. “Obviously, I understood in the second half I needed to put the ball in the basket a little bit more for us to win versus a team that can score the basketball.”

Luol Deng finished with 15 points, including his only 3-pointer for a 92-87 lead with 1:04 remaining for Miami. The Heat improved to 9-1 against the Mavericks with their fourth sweep in five seasons since losing to Dallas in the 2011 NBA Finals.

Dirk Nowitzki also had a rough first half, but bounced back with 20 of his 28 points after halftime to lead Dallas. The Mavericks played without Deron Williams after he injured his right hip in a collision two nights earlier in Atlanta.

Wade gave Dallas a chance to tie in the closing seconds when he missed the second of two free throws with 15 seconds left, but Raymond Felton missed a long 3-pointer just before the buzzer when Bosh wouldn’t let him get the ball to Nowitzki.

“I should have taken a timeout and set something up,” Dallas coach Rick Carlisle said. “I thought we had time to get a quick 3, or two, and still have time to get a steal or a foul.”

Hassan Whiteside had 10 points, nine rebounds and five blocks in seven minutes after missing six games with a left hip injury as the Heat won a night after a season-best four-game winning streak ended in Houston.

Nowitzki and Wade combined for 21 points in the third quarter after the offensive stars from Miami’s NBA Finals victory a decade earlier were just 3 of 18 from the field in the first half.

But the pair of veterans made seven of their first nine attempts in the third quarter, and Nowitzki scored all 11 of his points in the first 4:15 of the quarter.

Wade scored six straight points and eight overall when the Heat took the lead for good on a 12-0 run that put them up 67-59. He finished 6 of 19 from the field and had eight rebounds and four assists.

Whiteside came in with 8 minutes left in the second quarter and went into halftime with eight points, three rebounds and two blocks, both easy rejections on driving attempts by the smaller J.J. Barea. His first basket was an authoritative dunk that gave Miami its first lead at 33-32.

Heat coach Erik Spoelstra said the plan was to wait until Friday for Whiteside’s return, but that the 7-footer woke up feeling good.

“It was more than I was expecting,” Spoelstra said. “We talked about it and said why not. We will see what he looks like in the second quarter and we will go from there.”

Dallas center Zaza Pachulia had a career-best 22nd double-double with 10 points and 15 rebounds. The 13-year veteran had 21 double-doubles with Atlanta in 2005-06.

Heat: Miami wore throwback uniforms from the 1990s, with “Heat” in all capital letters and a flame coming off the “T.” It was the first of seven times the Heat will wear them. … Goran Dragic had seven points and a game-high seven assists. … G Tyler Johnson underwent left shoulder surgery Wednesday, and the team said there was no timetable for his return.

Mavericks: Rookie G Justin Anderson played 22 minutes, his second-highest total of the season, with Devin Harris sidelined along with Williams. Harris missed his sixth straight game with a left big toe sprain. … Chandler Parsons scored 12 points in the first quarter for the Mavericks, but was scoreless on just five shots the rest of the way.