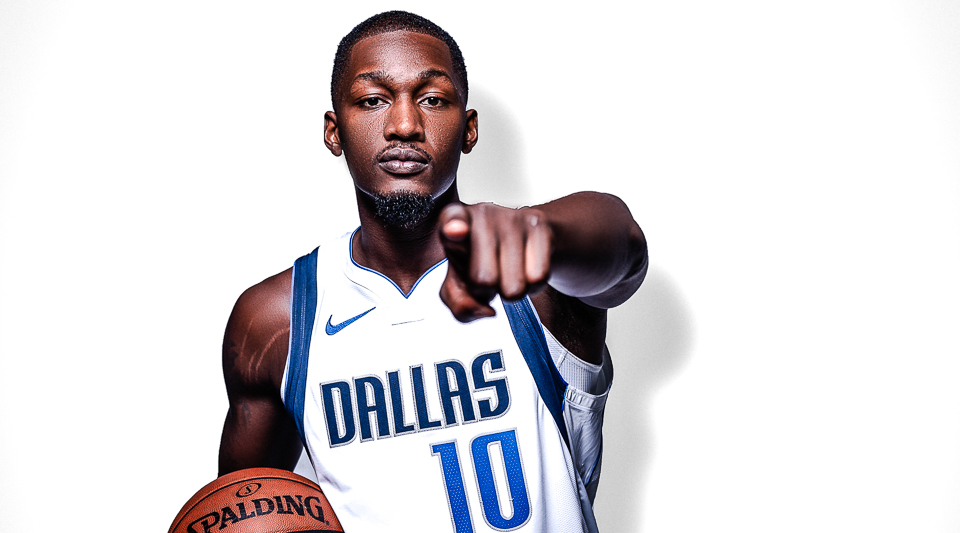 Fresh off signing a three-year, $12 million dollar contract this summer, Dorian Finney-Smith heads into his fourth NBA season looking to build upon the skills that have earned him a role in Rick Carlisle’s rotation after landing in Dallas as an undrafted rookie in the summer of 2016.

While Finney-Smith is second to none when it comes to bringing energy and effort, the area of his game that keeps him from being a for-sure NBA starter as a “3-and-D” guy is that the “3” in his game just isn’t as consistent as it needs to be.  Sometimes it just completely disappears all together.

A career 30% three-point shooter, the 31% that DFS shot from beyond the arc in the 2018-2019 campaign doesn’t exactly fill the average fan with confidence that his shot is really headed in the right direction.  There were some bright spots for his shot last season, though. Through the first 20 games, Finney-Smith shot roughly 38% from deep on 76 attempts.  Unfortunately, he shot just 28% from deep from December through the end of the season.

One can hold out hope because conceivably simply sinking a jump shot is the easiest thing to improve in the game, right? You can’t practice or teach speed, height, length, or athleticism, all things that Finney-Smith is armed to the teeth with in his game.  You can, however, day in and day out dedicate your focus to improving your jump shot.  Even Jane or John Doe off the street could do that if they had access to the time, training and coaching that Finney-Smith does.

Despite being traded at the beginning of February last season, career rebounding-monster DeAndre Jordan still led the Mavericks in offensive rebounds last season with 161 in just 50 games.  Dorian Finney-Smith finished third behind Jordan and Dwight Powell with an impressive 138.  The opportunities should continue to be there for him this season as other frontcourt players like Kristaps Porzingis, Luka Doncic and possibly rookie Isaiah Roby will be spending plenty of time on the perimeter.  Rick Carlisle also mentioned that DFS could see some time playing center in certain “small” lineups for Dallas this season.

Outlook
It all comes back to the three-point shot for Finney-Smith to continue to step forward this season. With a low-cost new contract signed this summer, it doesn’t pain the Mavericks to keep investing their time and efforts into helping DFS grow as an all-around player. Among players who finished the 2018-2019 on the active roster, only Luka Doncic attempted more three point shots (514) than Dorian Finney-Smith (254).  If he plays along Doncic as much as he did last year, the open shots on the perimeter will be there for Finney-Smith several times a game.  If he can increase his shooting percentage by a few ticks, becoming a double digit scorer should be fairly easy in the future.

He’ll likely never be an All-Star or anything like that, but if his shot gets to be at least league average, his ability to contribute in other ways will be the difference between him being a fringe rotation player and a high-quality starter for the Mavericks as they look to enter into a stage of legitimately contending for the playoffs this season.