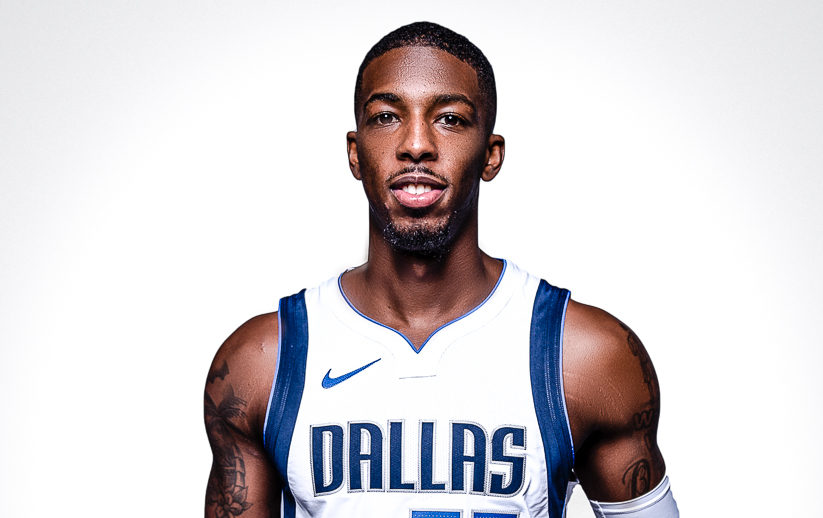 It’s understandable why a more casual Mavs fan might look at Delon Wright’s production and say, “Really? This was our big get this offseason?” After all, those numbers are pretty pedestrian.

However, those who have watched and studied Wright closely can see his true value on the floor. He’s a chameleon of sorts, filling whichever role a given lineup needs. Need him to defend the other teams top perimeter guy? He can do that. Need someone to run your team? Check. How about needing your guards to chip in and help on the glass? He’s got you there too.

It’s hard to draw those kinds of conclusions just from looking at his base stats. That’s in large part due to limited playing time. Up until his stint in Memphis last year, Wright was exclusively a 20 MPG bench guy. He was really good in that role, but it’s always hard to project how those kinds of guys fair when taking on more responsibility.

In Wright’s case, he thrived. His minutes jumped to 30.8 and his production increased across the board. 12.2 points per, to go with 5.4 rebounds, 5.3 assists, and 1.6 steals. He did this while managing similar efficiency and boosting his value in advanced metrics, an area he was already very strong in.

These are the hallmarks of a player ready for more. Wright believes so himself.

“Oh, definitely,” Wright said of his game taking a step with more responsibility. “My time in Memphis, I got to play a little bit more and I was able to put up some numbers and prove I’m ready for a bigger role.  I feel like me being with the Mavericks and playing for a better team, I’m ready for a bigger opportunity.”

Delon Wright on what he brings to the table: “I’m a defensive point guard and playmaker….I do a lot of the things that might not show up on a stat sheet.”

Also commented on the ridiculous weather in Texas lol pic.twitter.com/cnkDp5pS3F

When the Mavs hit the offseason, there were several things they needed to address: Shooting, perimeter defense, secondary playmaking, and rebounding.

Wright checks off two or three of these boxes rather easily. It’s almost as if his sole purpose is to lessen the burden on Luka. Handle the ball to one, give Doncic a rest, and two, just to mix it up. After all, Luka took on way too much after the trades last year.

Wright will also handle the toughest defensive assignment. No matter how you slice it, Wright is an impactful defender. Stats, eye test, advanced metrics, etc… Wright grades out very well on the less glamorous end.

Even as a rebounder he can chip in. The Mavs “toughness” in the front court is being fairly questioned. When you’re playing guys like Porzingis, Powell, and Kleber big minutes, you’re going to leave yourself vulnerable on the glass. But with Wright and even Doncic in your plus-sized backcourt, you can minimize a lot of the trouble those guys might have. They averaged almost 13 boards between the both of them last year.

Delon Wright is just the kind of player a franchise like the Mavericks need. With two budding young stars in Doncic and Porzingis, it’s vital to have A+ support players to protect their weaknesses, and nobody fits that bill like Wright.

It is presumed he will start and play more minutes this season than he ever has. A prospect that has his head coach very excited.

“Just watching him and looking at the metrics, he’s a winning player,” Coach Carlisle said. “He’s one of those guys you can’t get enough of.”