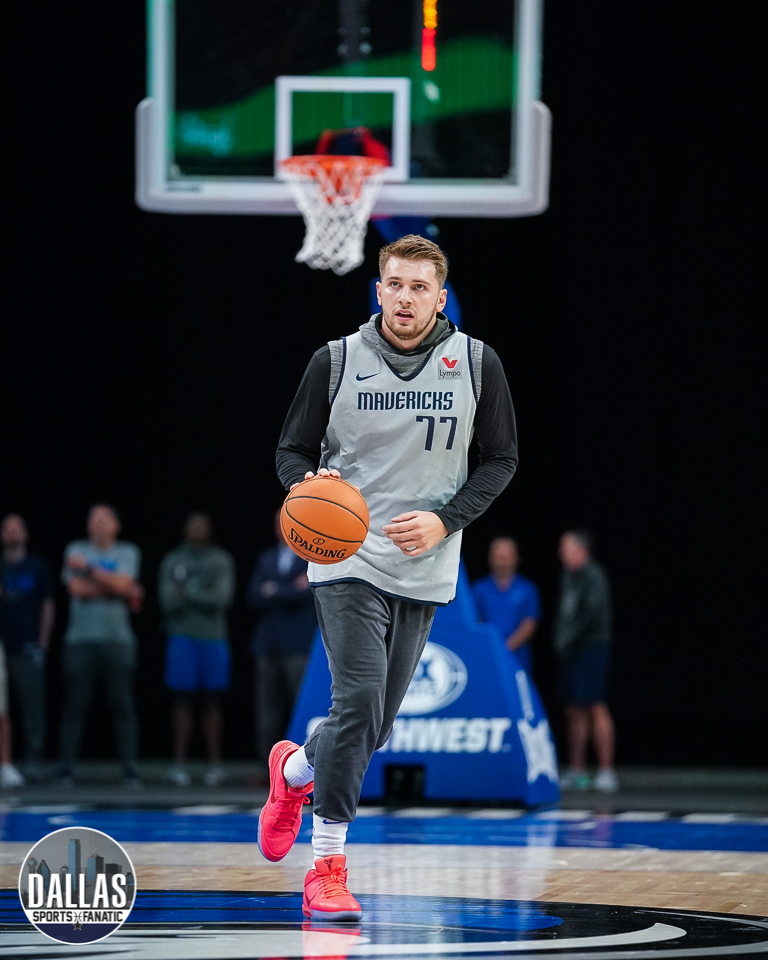 Luka Doncic came to the Mavericks as the most decorated European teen and prospect ever. He was a champion, both at the club and international levels. He was the youngest ever MVP in the second best league on the planet. And he had been in a professional program for several years.

And some people still doubted him. “He’s too slow,” they said. “The NBA is too athletic for him.”

It certainly didn’t take long to put that nonsense to bed. Luka put together one of the greatest rookie seasons in league history. His statistical output put him in the company of some of the greatest players in the game’s history, with guys like Oscar Robertson, LeBron James, and Michael Jordan.

“We haven’t ever really seen anyone like him,” Rick Carlisle said. “Wouldn’t trade him for anybody.”

Mind you, this is Rick Carlisle. No stranger to fanning the flames of hype, and even he can’t get enough of the stud youngster.

“He’s one of the games top players,” he assured the media several times last year.

They certainly gave up a lot to get him. A first round pick with minimal protection is hefty, but the coaches, executives, and fans of the team would do it all again in a heartbeat.

As is the case with most players going from year 1 to year 2, growth is expected. Even for a guy who has played professionally for a long time.

You might wonder how a guy who was historic could get even better, but those who watched last year understand what needs to happen.

His free throw shooting needs to get back to around the 80% figure it was in Europe. 71% is too low for such a frequent visitor to the line. The three point shooting was also too inconsistent.

But first and foremost, he needs to address his physique. Considering just how doughy he appeared at the start of last year, it’s impressive how comfortable he was in his first NBA run. But later in the year, he slammed into a wall, most memorably his brutal shooting in the month of March.

It’s exciting to think of what the ceiling might look like for someone with this skill to be in peak physical condition. And according to both Luka and members of the organization, it’s something that has been addressed this offseason.

Landing him in June of last year was a franchise defining moment. It accelerated everything: Trading established vets for cap space, selling off drafts picks to upgrade your current roster, and for the Mavs, acquiring another star.

All of those things signify a “chips to the middle” approach. It’s exciting to be in that mode, but it’s also filled with risk and pressure. Surely, there is nobody the Mavs would rather have leading their franchise into a new era than the prodigious Slovenian.