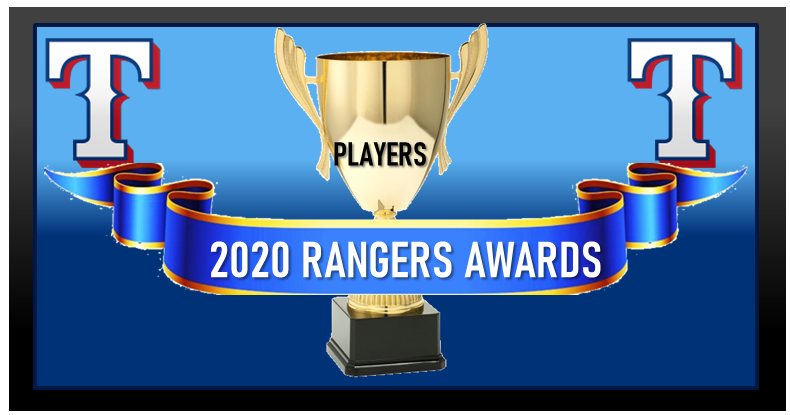 The Rangers’ 2020 season didn’t have the magical feel a lot of us kept waiting on. However, it has the stench of the ugly stepsisters in Cinderella. Texas finished sixteen games under .500 in a sixty game season and lost twenty-nine of the last forty-one games. Despite that, there were some positive outlooks for the Rangers and reasons to honor the hard work.

The Rangers offensively didn’t have a good season. They ranked near the bottom in most productive offensive categories despite turning it on in the final series of 2020. While Kiner-Falefa’s production among the league in 2020 wasn’t spectacular, he managed to break the third hole curse and finish with a halfway decent sixty games overall. Batting third wasn’t something Kiner-Falefa embraced early on. Still, throughout the season, he became more open and liked it by the end, “In the three-hole recently I’ve actually enjoyed it. I only started enjoying it recently,” Isiah said in the final week of the season. “So having Willie in front of me. Hopefully, they bring out a lefty, and if not, the coaches on the other side know I crush lefties, so then they’ve got to bring in a righty, and Joey gets to face a righty.”

The starter of the year was probably the most comfortable award to hand out. Lynn started more games than any other pitcher in baseball in 2020 (13) and threw more inning than any other pitcher in MLB (84). Lynn also kept his streak of thirty-seven straight starts where he threw 100 or more pitches, a feat almost impossible to comprehend. Lynn’s not likely to win the Cy Young, but I’m sure he’ll remain on the runner up list. If the Rangers do trade Lynn, it was a great season to go out on for the Rangers.

There was a lot of hype in 2019 when Jonathan Hernandez made his debut for a good reason. He has an arsenal of devastating pitches. However, I felt like Hernandez snuck up in 2020, taking over the eighth-inning role. He made his case in Spring Training and Summer camp and got a golden chance when Jose Leclerc went down and took advantage of every moment of it. The backend of the bullpen becomes intriguing when Leclerc comes back because there’s undoubtedly competition, and Jonathan is in the thick of it for the 2021 closer role.

“He probably is the top bright spot, honestly. Just based on where he was last year and the year before that, just the growth that we’ve seen,” Chris Woodward said about Hernandez at the end of the year.

Jonathan Hernandez was 💪 out of the 'pen for the Rangers with two no-hit innings and four K's. pic.twitter.com/QLWdzm0aO9

There were many choices for rookies, so I combined it for pitchers and position players. Usually, I’m not particularly eager to double-dip for awards unless it’s unanimous, and for Jonathan Hernandez, you can’t ignore what the kid did on the mound in pressure situations. Meanwhile, Leody Taveras made substantial impacts every time he took the field, whether at the plate or when he stood in center field. The Rangers saw their opening day center fielder for 2021, and it’s ignited this franchise.

Also, I can’t ignore everyone else on this list. Kyle Cody showed exceptional promise from A ball to the majors, and while the majors may not be the starting spot in 2021 for Cody, expect Kyle’s road back to the big leagues to be shorter than you think. Jose Trevino was still classified as a rookie in 2020, along with Nick Solak. Solak showed most of what he did in 2019, while Jose Trevino displayed why the organization is high on his future. It was disappointing to see Jose’s 2020 end abruptly, but the production still stood along with the personality and the skillset. The Trevino/Huff combination is a fun one at the catcher position.

Wes Benjamin’s 2020 performance may have given him a leg up for a starting role or a long-relief role in the Majors in 2021. If Wes performs strongly during Spring Training, I like his chances to insert himself onto the big league roster in Kansas City.

GOIN' BACK-TO-BACK 😤@Leodytaveras hits the Rangers second home run of the inning to push the lead to 5-1! #TogetherWe pic.twitter.com/wXnvyDEnxt

I didn’t add this in 2019, and that was one-hundred percent on me. The defense is vital (Rangers showed the first half of 2020 what happens when you don’t have defense). Isiah Kiner-Falefa’s defense on the left side is in a world of its own. “People sometimes doubted [my infield ability] and the people that doubted my catching, I just, I wanted them to look back and understand how good of an infielder I am,” Kiner-Falefa said. A gold glove is near in his future; it’s inevitable.

We’re only getting started with awards. The season awards and the top plays are on the horizon.