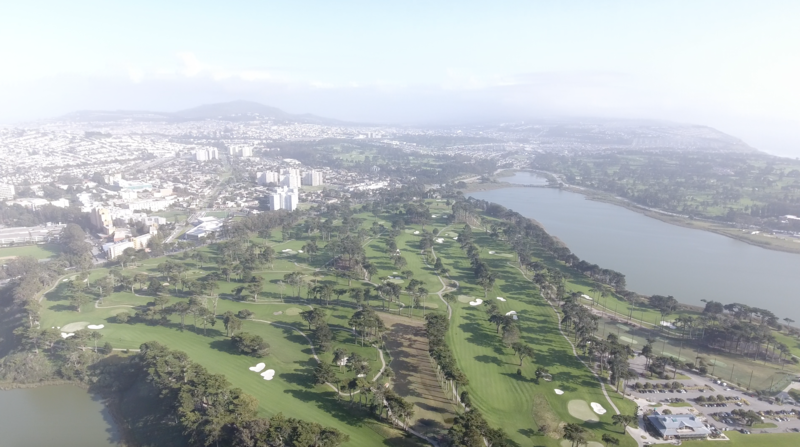 Well, that was… AWESOME!

In the first major back since the break due to COVID-19, the players absolutely delivered.  We had high drama, a stacked leaderboard, and more unreal golf shots that one human can possibly handle.  I mean, at one point we had a SEVEN way tie with just an hour to play.

Let’s dive right into what stood out during the utterly captivating 2020 PGA Championship at Harding Park.

From the crowd emerged Collin Morikawa, a 23-year-old who played Harding Park plenty during his college years across the bay at Cal.  As he stepped to the drivable Par-4, 16th tee late Sunday he was tied for the lead.  Here, a decision was to be made – does he go for the green or play it safe?  Morikawa pulled driver, committed fully and proceeded to send one of the most clutch drives in major championship history to 7 feet – setting up an eagle putt that would eventually separate him from the crowd and win him the golf tournament.

It was a perfect golf shot.  The kind of shot that is needed to win majors and rise to the top of the mountain top.

However good that shot was, it takes more than that to win a golf tournament.  Morikawa was excellent all weekend.  In fact, he was historically good all weekend.  He went 65-64 for a combined 129 in the final two rounds which is the lowest 36-hole weekend total in major championship golf history.  He ranked first in strokes gained putting, driving accuracy and approach-shot proximity.  He went 22 straight holes without making a bogey to close out the golf tournament and proceeded to shoot 9-under while doing so.  That’s how you close out a golf tournament.

At 23, he joins Jack Nicklaus, Tiger Woods and Rory McIlroy as the other winners of the PGA at such an age.  Pretty decent company I’d say.

Overall, Morikawa did absolutely everything right.  This is his third win, second this year and cements himself as the hottest newcomer on the PGA Tour.  Have I mentioned that he now has more wins than missed cuts?  Pretty solid – bet the house on him moving forward.

How about this chip to take the lead?

Pitch perfect … for the LEAD.

Brooks Koepka can’t back it up

The defending PGA champion had a lot to say going into the final round Sunday.  He touted his majors and how he’s been here before and put down the Saturday leader Dustin Johnson for only winning one major – despite having over 20 PGA Tour wins.  All this trash talk makes for good media headlines and an intriguing round Sunday, except, he couldn’t back it up.  Koepka would shoot a lousy FOUR over par which had him sniffing the bottom of the leaderboard Sunday.  In fact, he beat only ONE after player (Jim Herman) on Sunday.  Not great for the loudest guy on the course going into Sunday.  But hey, who hasn’t talked a bunch of unprovoked trash and then promptly failed to back it up on the golf course before?  Only difference is, you know, the national audience.

Despite it all, he’s still one of the best guys on tour and will be in the conversation come September at Winged Foot for the U.S. Open.  Someone has to be the villain right?

Enter – Bryson DeChambeau.  The “Mad Scientist” had an up and down Sunday.  At one point he was tied for the lead before making a few tough bogeys and forgetting how to make birdie putts.  While he failed to win his first major championship this weekend, he still had a great week.  He finished at -10 under and a tie for fourth place – which would be his best career finish in a major.

The Tour’s newest meathead finished second in average driving distance (Cameron Champ 320 yards/drive) which is a tough look for brand.

As much as this guy rubs me the wrong way, I’m forced to note that his style of play seems to be working as he’s won once this year and is right on the doorstep week in and week out.  Hey, we need someone to root against right?

Hot/Cold from the University of Texas

Scottie Scheffler shot a 2-under 68 on the final day of the PGA Championship.  The Highland Park native would finish at 10-under and tied for fourth place which would be his best finish in a major.  The UT Alum was the Korn Ferry Player of the Year last season and looked incredibly strong in his first crack at major championship golf.  His game wasn’t out of wack by any means with a cold putter to blame for not being able to separate himself from the crowd.  Expect him around moving forward.

On the other hand we have Jordan Spieth.  Sadly, it would be another lackluster golf tournament for Dallas’ most beloved PGA Tour pro.  Spieth barely made the cut and after a disgusting 76 that featured eight bogeys, only two birdies and an apology to playing partner Justin Thomas he was probably wishing he was back home in Big D.  Things weren’t nearly as bad on Sunday, he shot 67, but the tournament was clearly out of reach at that point.  All in all, Spieth is going through one of the roughest stretches of golf we’ve ever seen from a three-time major winner.  He is going on three years without a PGA Tour win and he really hasn’t even been close very often.

Regardless of the state of Spieth’s golf game, he remains one of the most talented players on the Tour.  Golf can be a cruel game and it doesn’t take much for one to lose their confidence out there.  For Spieth, it will take some drastic changes to make it back to the top of the mountaintop, but if anyone one can do it I believe it’s him.  After all, he is Jordan Spieth – Dallas Native.

The Masters is the Masters.  The U.S. Open is the “toughest test in golf.”  The Open is the European title and is played on the world’s most historical golf courses.  All of these tournaments have their individual identities that sets them apart and makes them special.  The PGA is widely regarded as the least favorite of the four majors and it is partly due to its lack of uniqueness.  This week, the public track Harding Park stood the test of major championship golf and provided a golf course that both tested the players and allowed them to make incredible golf shots.  It provided beautiful scenic views, the grit of the city being right off some of the greens and had the viewer planning their trips to the Bay Area at the first crack at it.  Golf is known as a prestigious, somewhat elitist game and more often than not the best tournaments in the world are played on tracks that the common man would never be able to play.  This is why the PGA Championship should adopt public golf tracks as the courses of choice.  There’s plenty of them to choose from!

Next up on the major championship schedule is the U.S. Open at Winged Footed in September.