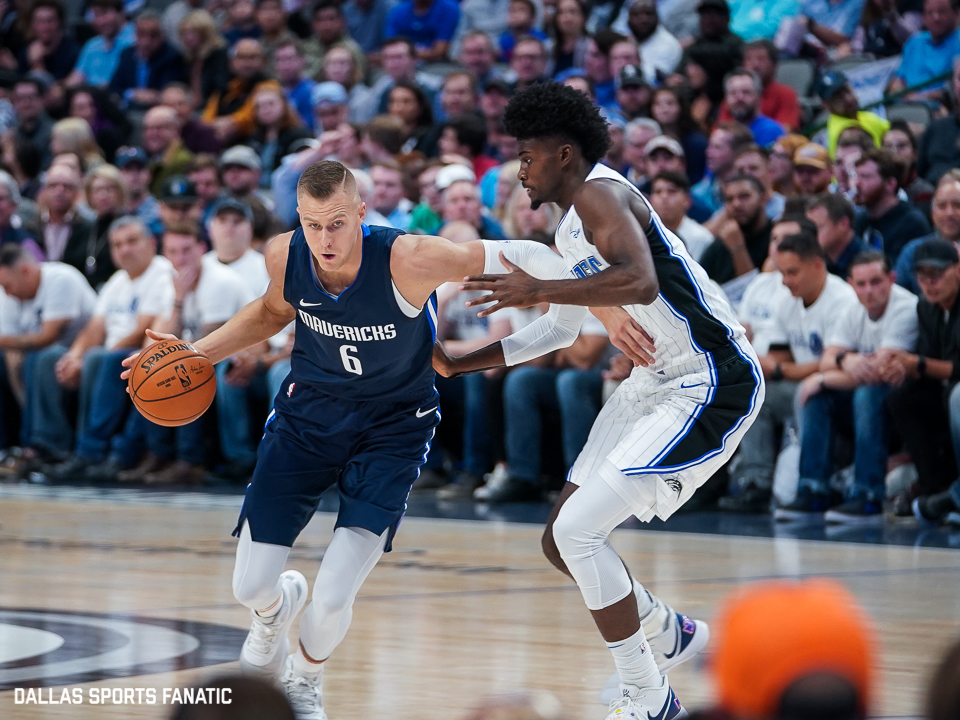 3 takeaways from the Mavs hard fought win against Orlando

3 takeaways from the Mavs hard fought win against Orlando

Rick Carlisle is still great at pushing the right buttons

This game was ugly. There was little separation between the teams on a night where neither team could generate points.

These are the kinds of games when the “other things” that make up a team come into play. Depth, coaching, toughness, etc…

We know the Mavs have depth. The Denver game was evidence of that. Toughness? I guess we’ll see. But I do think a lot of people have begun to question the coaching. It’s been a rough few years for Rick Carlisle and his staff, in large part due to a talent deficit, but many insist he hasn’t been his best.

Tonight was one of Rick’s best showing in years. That might sound like hyperbole, but it’s been awhile since he went searching like this. Whether that was lineups, playcalls, timeouts, etc., he really had to get in his bag for this one.

Throwing the JJ’s into the game, both Jackson and Barea, after having not been a part of the rotation was interesting.

It was also highly effective. JJ Barea’s second quarter outburst might have saved the game for them.

“I’ve known for several games that there was a chance he was going to play,” said Carlisle of his longtime bench spark. “We needed something out of the ordinary, and as he’s virtually always done, he stepped up and made an impact.”

It’s only one game and we’re several years removed from his best work, but fans should feel good about Carlisle being at the helm. Sure, he does some things that don’t quite make sense to some fans and he certainly doesn’t explain them to the public, but this game was affirmation: The good far outweighs the bad with him; by a lot.

It’s going to be awhile for KP

I think both management and the fan base would tell you they have been happy with KP thus far. He’s coming back from a nearby 20 month lay-off and has still produced and even had a few signature moments.

Tonight’s game, was not one of them.

Mind you, Jonathan Isaac is an absolute defensive star. He’s the best player most fans have never heard of and he’s tough for anybody to work against.

But KP just has the look of a guy who’s not physically up to speed. His conditioning is out of wack, he’s not handling contact well, and it’s painfully obvious that he doesn’t know where exactly his shots are coming from.

“I’ve got to get him better shots,” Carlisle has repeatedly told us.

There really isn’t any reason to worry. KP is too talented for it not to work out, but you might have to wait awhile.

Now if you know me, you might call me a homer for this.

I’ve long been a fan and believer of “Doe-Doe” and what he can add to winning.

It gets hard to stay adamant about it sometimes, especially when the shooting droughts hit, but tonight is another one you can chalk up in the win column for his fan club.

He took two charges during the Magic’s final possessions, giving the Mavs the ball back and sending Aaron Gordon packing with six fouls.

We know he’ll defend, but he is also tossing in clutch daggers now. He hit the one that wasn’t meant to be against the Lakers and tonight he hit one late on the game that gave the Mavs the lead for good.

It’s hard to imagine we are at this point thinking back to his first few years, but he’s becoming an essential crunch time play for coach Carlisle. His defense, rebounding, and newfound ability to hit timely threes are something nobody else on the roster provides.

“I thought Finney-Smith was terrific in the second half,” his coach said. “His defense on Gordon was great, he took a couple charges, hit a big three, and grabbed a big offense rebound….That’s just a guy finding little ways and big ways to help the team win.”