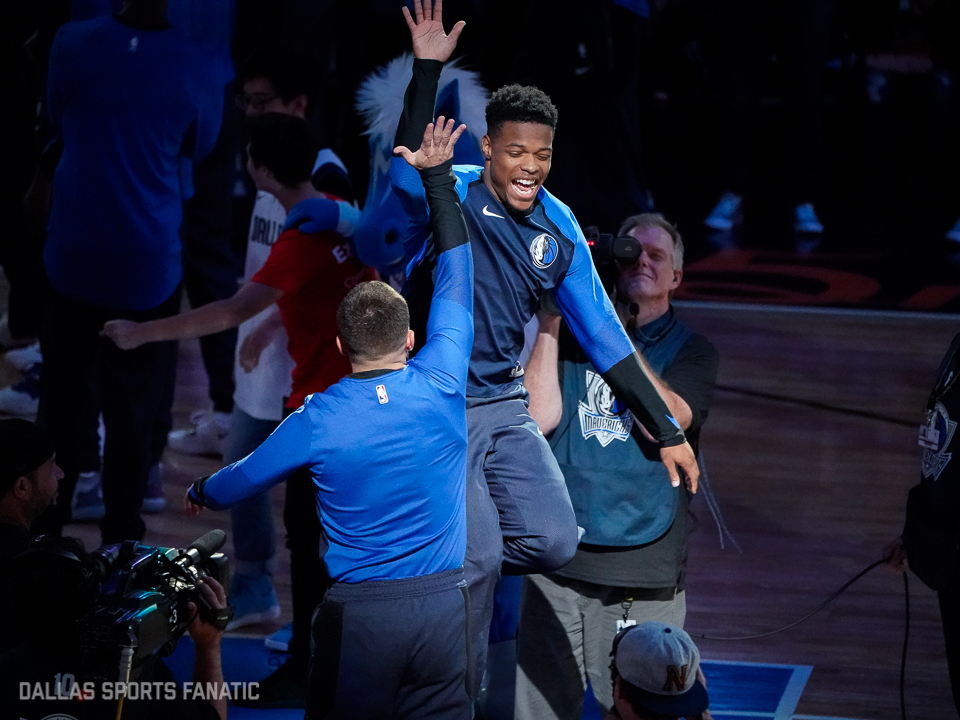 3 things to watch for tonight in Mavs vs. Bulls

3 things to watch for tonight in Mavs vs. Bulls

Can they clean things up on defense?

The Mavericks have surrendered 257 points over the first two games. That comes out to about a 128.5 per game average.

I don’t need to tell you how bad that is.

Minnesota, an offensively challenged team to begin with, was down their best player in Jimmy Butler AND STILL threw up 136 points, featuring a 46 point first quarter explosion. It’s something that has to improve, especially with the time it usually requires teams to find their way on the offensive end. Coach Carlisle and the staff undoubtedly knows this and are looking at ways to improve. And the good news is, a lot of it is correctable. It’s a lack of communication, it’s a blow assignment here, and sometimes it’s just lack of effort. Those are all things the Mavericks can control. Things should get better in these areas over time, but let’s just hope the Mavs gets started tonight.

Can the kids keep it rolling?

Watching Dennis Smith and Luka Doncic close that game out had to make MFFL’s beam with pride. As the shirts placed upon each seat in the arena suggested, “The Future is now.” They combined for 45 points, 9 rebounds, and 9 assists, on 50% shooting. After a slow start, Luka caught his rhythm during the second quarter with an electrifying 15 point outburst. Dennis, after a quiet, foul plagued first three quarters, played a near perfect final frame. Sure, he missed some shots, but he was decisive and efficient coming down the stretch, punctuating it with a game winning step back jumper that sent the crowd into a frenzy.

Wolves coach Tom Thibadeau took notice of the two talented youngins’, “Yeah, they’re terrific talents. I’m watching the two of them, and I think they have very bright futures.”

The thing about young players is, that they tend to have issues with consistency. Let’s see if the Mavs two studs can carry their success over to Monday to tonight.

Is the energy at the AAC back?

It felt like for the first time in a long time, the AAC was actually engaged in the game. That crowd was LOUD. They were destroying referees for bad calls, erupting for some excellent DeAndre Jordan defense, and they even heckled Karl Anthony-Towns and Andrew Wiggins with “Jimmy Butler” chants. It was just so refreshing. We can put the losing, the tanking, and the overall lack of hope behind us and move forward, fan base engaged and all. The players took notice of it as well. Dennis said it was the loudest he has ever heard the building. Luka said it was great and that he “loves the fans.”

A Monday night matchup against a lottery team is a tad different than the home opener against the traveling circus that is the Wolves, but with Luka-mania underway, I suspect the Mavs will sport a nice home court advantage all season.