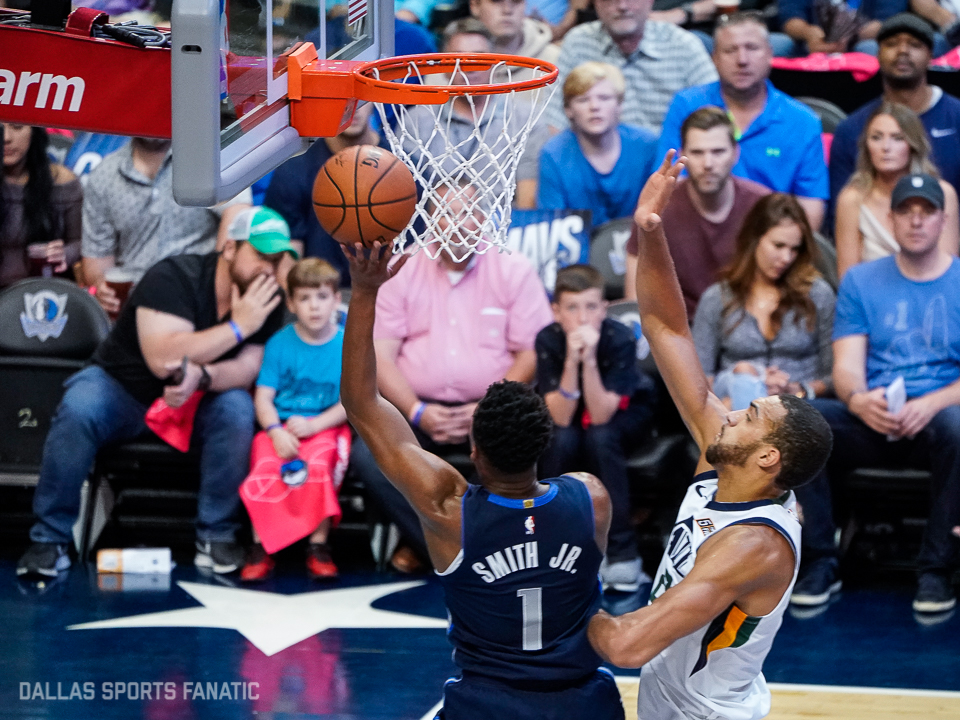 3 things we learned from Mavericks loss in Utah

3 things we learned from Mavericks loss in Utah

The 3-7 Dallas Mavericks came into Thursday night’s contest against the 4-6 Utah Jazz on the back end of a back-to-back set. They traveled to Utah after a much needed win at home against the Wizards to snap their six game losing streak. Some would call this a scheduled loss but the Mavs know they can’t afford to be that complacent with their slow start, except that is exactly what they did in their 117-102 loss to the Jazz.

Thursday against the Jazz was much of the same. Dallas had it close until Utah pulled away halfway through the first. With four minutes to go in the first, the score was 21-16 in favor of Utah. The Mavs would proceed to miss four straight shots and turn the ball over three times. This resulted in the Jazz heading into the second with a 30-18 lead. The momentum from the first helped Utah double the Mavs score less than two minutes into the second quarter. Hard to crawl out of holes that big against potential playoff teams in the West.

Dallas and Utah came into tonight averaging 24 assists per game, putting them in the middle of the NBA. The Jazz doubled the Mavs assist total finishing with 30 to the Mavs 14. Some of the Mavs lack of assists is due to the sets that Carlisle is running for both Harrison Barnes and Wes Matthews on the post and extended post. Matthews was given the ball in the post against Donovan Mitchell multiple times tonight and he failed to score on his forced shots more than once.

The problem with Coach Carlisle calling these types of low-post isolation plays is that the rest of the team is forced to watch, and most of the time just stand there, as the guys try to make something happen. It is counter productive to the three point shooting offense that Dallas is trying to adopt. It slows the ball down and leads to guys just standing and not moving, thus creating less open catch and shoot situations. Plus, it is ugly to watch most of the time. Mavs fans would like to see less Matthews isolation post ups and more Matthews catch and shoot threes.

Last year Dennis Smith Jr. was the beacon of hope for the future and Harrison Barnes was the steady, guiding light in the season’s darkness. Barnes was the one the Mavs leaned on in close games and when Dallas desperately needed a basket. With the addition of Dončić and Jordan, it only made sense that Barnes’ usage and therefore scoring would most likely take a small dip. But after Barnes missed all of training camp and a few games at the start of the year, his scoring contributions and efficiency are taking a little too long to get back up to par.