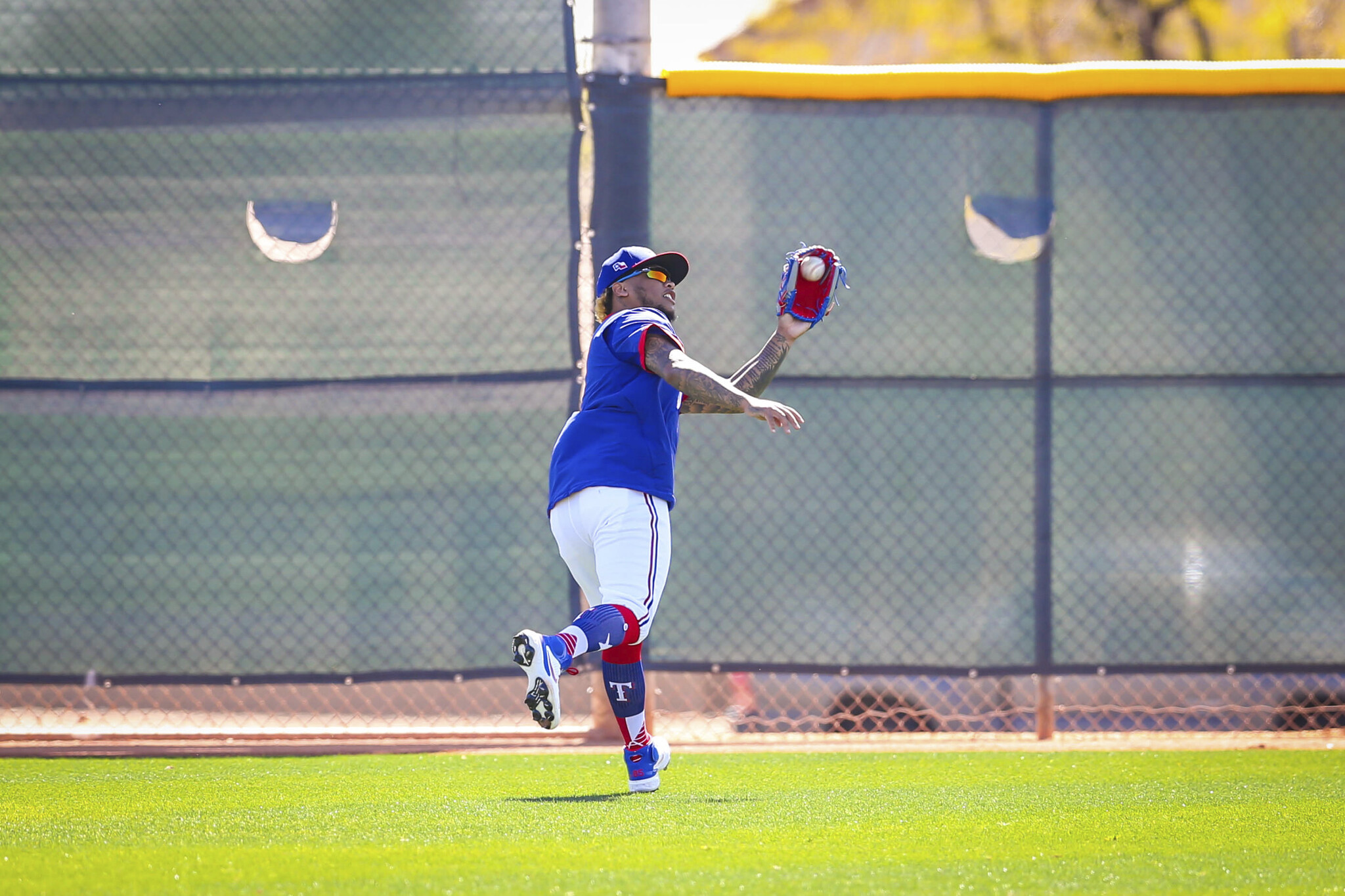 365 days after getting hit in the face, Willie Calhoun is back to having fun for the Rangers

365 days after getting hit in the face, Willie Calhoun is back to having fun for the Rangers

It was March 8th, 2020. The bottom of the first inning and Willie Calhoun stepped to the plate. Willie was only scheduled as the third-hole hitter because Chris Woodward wanted to get him more at-bats. To start Spring Training (the first one), left field was Willie Calhoun’s position. The ball was in his court, and his successful 2019 campaign had him slated for an opening day start. Unfortunately, a Julio Urias fastball came in and drilled Willie in the cheek. It was a frightening scene that scared everyone. One year later, and Willie Calhoun is back to the laughing and smiling player that is at his best when he’s having fun.

It was a plague of injuries for Willie in 2020, and the result was an offseason in which Calhoun worked physically and mentally to get back on track. One of the significant side effects for Calhoun last season was the uncomfortable at-bats against left-handed pitching. “The dialogue we had was very open,” Rangers manager Chris Woodward told me. “We tried to navigate through that best we could during the season.” Calhoun’s 2020 against left-handed pitching was good. Willie was 7 for 19 with OPS of .778, a tick under his OPS vs. lefties in 2019. The difference was the vast percentage of at-bats against righties and lefties. 2019 splits ratio about 2:1 between righties and lefties while 2020 ratioed 4:1.

What makes that incident more grueling (if that’s possible) was that Willie was a shoo-in for the opening day lineup. The success he possessed placed him in the same category as Joey Gallo and Isiah Kiner-Falefa in 2021. Leftfield was his court, but the hit by pitch. Calhoun is still in a good spot competing for the top spot designated hitter role in addition to getting some looks in left field.

“The hardest walk is walking alone, but it’s also the walk that makes you the strongest” 🐻 pic.twitter.com/LD96ai65YA

Similar to the circumstances of the day of the incident last year, the Rangers play the Dodgers on a Sunday in Surprise. The only differences are that it’s the seventh and not the eighth, and we’re in 2021 and not 2020. The actual date anniversary falls on Monday when the Rangers go to Mesa to take on the Cubs at Sloan Park. For Willie, it’ll be business as usual. “If I’m not scheduled to play, then I don’t think I’ll go to Woody and say, hey, I want to play on that day. But if I’m scheduled to play, I’ll play,” Calhoun said. In all four Spring Training games, Calhoun has faced a lefty at least in one at-bat.

“I’m in a good place right now,” Willie said. It’s encouraging to know that Calhoun has moved past the incident and is back to being comfortable at the plate. If Calhoun goes back to his 2019 form, the Rangers have a power threat left-handed bat with great strike zone recognition. For future at-bats against funky left-handed deliveries, I think anyone stepping in the box would feel uncomfortable. “I think you get that anxious feeling even when you’ve never been hit in the face,” Woodard said to me.