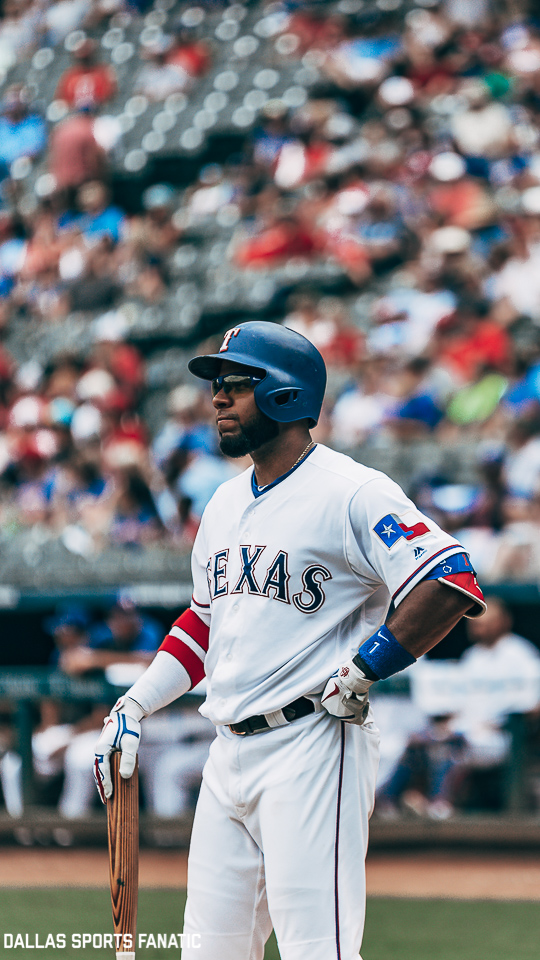 After a quick 4-1 homestand against Seattle and Detroit, the Rangers hit the road for a nine-game roadie. It’s the last three-city trip for the 2019 Rangers, and their first two stops were to Cleveland and Milwaukee. The club looked to build after a thriving homestand, but the results were not all that desired.

Player of the Game: Mike Minor transformed back to All-Star form on Monday. Minor pitched seven scoreless frames, walking only one Cleveland batter and striking out seven. According to baseball-reference, Mike Minor averaged a leverage index of 1.53. The figure starts at one and goes higher or lowers depending on the pressure faced by the pitcher. 1.53 is the third-highest leverage index for Minor this season (1.63 on May 15th against Kansas City and 1.60 on June 5th against the Orioles).

The Ace was on his game tonight!@MikeMinor36 talked about how "getting back to just baseball" helped his command.#TogetherWe pic.twitter.com/A78hijFHU4

Crazy Stat: Elvis Andrus continued his ridiculous tear against the Indians. Elvis picked up two hits including a triple and scoring the only run on a gutsy tag-up on a fly ball to left-center field. In his career at Progressive Field, Andrus is 59 for 144 (.410 average), an OPS of 1.079, 21 RBIs, and 15 extra base hits in 38 games played.

Player of the Game: Ariel Jurado pitched the best game of his career. Seven quality innings allowing three hits, however, it was one pitch to Jose Ramirez that cost Jurado the game. It was the sixth home run allowed by Ariel in his last seven outings. Nevertheless, it was by far the best Jurado looked in his professional career painting both sides of the plate and inducing weak contact throughout the afternoon. Jurado struck out five and walked two Cleveland hitters Wednesday.

Crazy Stat:  The Rangers accumulated six hits in Game 1, but failed to get a run across. The last time the Rangers were shutout with six or more hits was June 1st, 2018 at Anaheim against the Angels. In that game, Halos starter Jaime Barria threw six scoreless innings, but the Rangers tacked on eight hits. Since then the Rangers have been shut out twelve times including Wednesday (nine for the remaining 2018 season and three times in 2019).

Player of the Game: The Rangers didn’t muster up much offense against the Cleveland bullpen. However, Willie Calhoun (or as Sean Bass of the Ticket says Willie “The Thrillie” Calhoun) cranked two of the four Rangers hits in the nightcap. One of those two hits was a solo home run to right field to snap the Rangers twenty-one inning scoreless streak.

Player of the Game: The Rangers got their first look at their Chris Martin trade piece, Kolby Allard. Although Allard had a few control rough spots, overall he pitched decently Friday. Kolby’s velocity on his fastball was higher than anticipated and challenged the Brewers offense. Allard gave up two runs, three hits, walked three, and struck out seven in his Rangers debut.

Player of the Game: After allowing five runs and four hits in his first two outings, Taylor Guerreri is becoming a force in the bullpen. Saturday Guerreri threw his longest outing of his Major League career. He pitched three innings and only surrendering one hit and one walk. Taylor hasn’t allowed a run in six of his last seven appearances in the bullpen.

Players of the Game: The combination of Mike Minor and Jose LeClerc stifled a very nice Milwaukee Brewers offense. Minor threw another eight shutout innings allowing four hits, one walk, and struck out eleven Brewers. Meanwhile, LeClerc looked as good as he has all season long. In a pressure save situation, LeClerc’s velocity hit ninety-nine several times. LeClerc also struck out Yasmani Grandal on a beautiful “slambio” (credit CJ Nitkowski) to end a quick two and half hour contest.

Delino DeShields' first-ever start in the 6 spot results in a Golden Sombrero.

Recap: In six games this week, the Rangers offense mustered up ten runs. In those ten runs, the Rangers hit six home runs, and five of those six home runs were solo shots. Another offense spurt is that the club is 0 for 22 with runners in scoring position on this road trip. The two victories this week were shutout performances by Rangers’ ace, Mike Minor. Four of the six games this week were one-run games, and one of those other two games was a two-run loss. Sunday’s 1-0 win equaled the thirty-eighth one-run game for the Rangers in 2019.

Chris Woodward travels back to Toronto for the first time as a big-league manager and heads to his current residence. Some big names the Rangers will contend with include Vladimir Guerrero Jr, Cavan Biggio, and Bo Bichette. Texas saw Guerrero Jr in the series in Arlington, Cavan is the son of Astros great Craig Biggio, and Bo is the son of MLB outfielder Dante Bichette. His son, Bo, tore up the big leagues becoming the first rookie to have an extra base hit in nine straight games since Ted Williams in 1939. Toronto comes into the week winning nine of their last fourteen games and sharing a four-game split with the Yankees over the weekend. The Blue Jays are hitting .236 as a club, second-worst in baseball next to the Tigers and hit .240 with runners in scoring position.

The Twins head to Arlington with a lot more pressure than when Texas visited Minneapolis just before the All-Star break. Minnesota is coming off a series loss to the Indians at home, causing a current tie in the American League Central standings. Since the All-Star break, Minnesota is 15-14 and 7-12 against teams over .500. The Rangers won’t see their former slugger Nelson Cruz in the lineup this weekend. Over the weekend, The Twins placed Cruz on the injured list with a ruptured extensor carpi ulnaris (ECU) tendon on the outside part of his left wrist. As a club, the Twins are thirty-nine home runs away from tying the all-time record for team home runs in a season (Yankees did it last season with 267). With the hot and humid four-gamer in Arlington, it could stand as a mini home run derby over the weekend.

Don’t forget that Saturday August 17th is the Josh Hamilton induction ceremony to retire his number. We’re down the stretch to the final month and a half and although a tough week, it’s all smiles for Mike Minor.