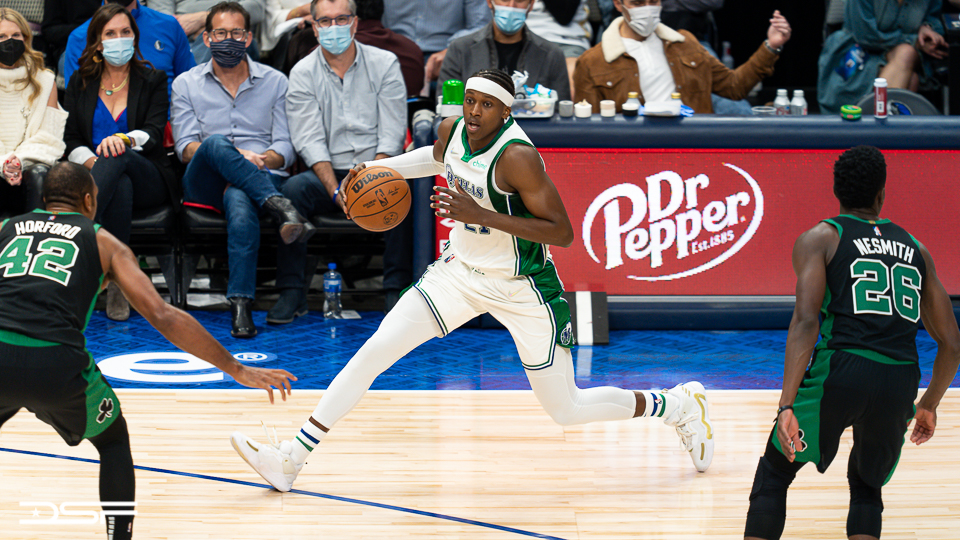 A couple of takeaways from the Mavericks loss to the Suns

A couple of takeaways from the Mavericks loss to the Suns

There were moments, in both of these last two games against Phoenix, where if you just checked the score you would have assumed Luka was out there. Heck, the Mavs were leading going into the fourth quarter in both games.

But Luka’s absence in both of those quarters was felt in a big way. Through the 24 minutes, the Suns out-scored the Mavs by 25.

And while they defense was not good, the clear issue was the lack of a hub on offense. Too many guys trying to play 1-on-1 against good defense who were ill-equipped to do so was a theme. It lead to bad shots, inefficiency, turnovers, etc… and Phoenix ran away with it.

Good news is Luka likely won’t be out much longer.

Things are trending in the right direction

I’m not going to sit here and tell people they should feel good about the Mavs choking away back-to-back fourth quarter leads. I won’t and they shouldn’t.

However, doing my best to maintain a birds-eye view of the team, I think there is plenty to feel good about going forward. KP is playing better, they’re settling nicely into their rotations, and some of the shooters are starting to heat up, among other things.

It may not have resulted in wins during these last two, but I do think the process the last five games or so has been much better than the first ten.

Get Luka back healthy and I suspect we will se a surge.

Frank Ntilikina is a rotation mainstay

Was not a super efficient game for the Mavs newcomer. The Frenchman finished with only two points and missed all seven of his field goal attempts.

Underwhelming statistics have kinda been the story of his career this far. However, if you have any modicum of basketball understanding and a desire to watch all of these games, it’s easy to see Frank’s impact.

Whether it be the defense, timely playmaking, deflections, etc… He just always finds a way to impact the game in a positive manner. His basketball IQ really serves him well.

His play through the first 15 games should solidify his spot in the rotation.