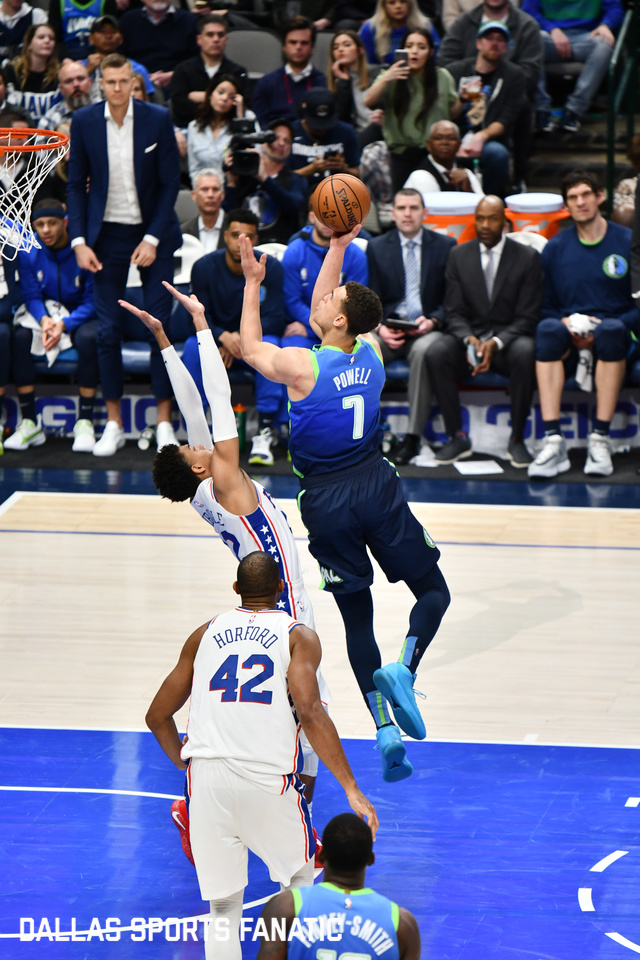 We still aren’t quite sure who the Mavericks are

Dallas started this season with 16 wins in their first 22 games. The last 17 however, have not been so pretty with the Mavs only mustering seven wins during that stretch.

There are many reasons why their play has suffered, injuries being chief among them. The struggles date all the way back to December 14th when Luka went down with a sprained right ankle. Since then, Luka has missed 5 games, Hardaway Jr. has missed 4, and tonight KP missed his 7th consecutive. Those are their top three scorers and they have completed just one game with all of them healthy in a months time. Understandably, they’ve hit a rough patch.

However, it all can’t be attributed to that. After all, every team in the league deals with injuries.

The Mavericks have looked like a vastly different team since that Dec. 14th meeting with Miami. Luka has still been good, but not quite as dominant. The bench has lost it’s way a bit and the defense and rebounding has severely regressed after being a pleasant surprise early on.

It might just be that they aren’t healthy. But this team, the inconsistent one we’ve seen the past month, was the one pundits expected to see going into the season. Their recent backslide into mediocrity can’t help but make you wonder.

Regardless, the Mavericks will gladly take a home win against a quality opponent. Coach Carlisle claims they absolutely had to have it.

“We came out and decided we were going to get after it in the second half,” Coach Carlisle said of his team’s comeback victory. “It was great to see. We really needed it.”

Okay, “un-tradeable” might be a stretch. But on championship level teams, you need championship caliber role players and that’s what Maxi and Dorian continue to develop into.

Their timely defense and developing three point strokes are essential to filling out a roster around a star player. The Mavs definitely have the stars in Luka and Porzingis. Now it’s about fitting guys around those two, and Maxi and “Doe-Doe” fit that bill.

Their excellent play continued tonight against a good Sixers team. The two combined for 26 points, 14 boards, and 4 blocks, while shooting a combined 5 of 9 on threes. They also did a nice job closing the door on the engine for the Philly offense in Ben Simmons, severely limiting him in the second half after a great first quarter.

Maxi in particular stood out to his head coach.

“He was great,” Carlisle said of Kleber. “Tonight was a night we needed to play bigger and we needed a more physical presence all to start the game, and he was terrific all the way through.”

Mavericks were physically overwhelmed by the 76ers. A trade is necessary.

Philly is notorious for the size, length, and athleticism they bring to the table as a team. With guys like Ben Simmons, Tobias Harris, and Josh Richardson on the wing, it’s no surprise they prefer a “bully ball” type of style.

Philly relentlessly went to their size in advantaged or post-up situations in the 1st half and routinely got results. It’s an edge teams routinely have enjoyed against the Mavericks. Dorian Finney-Smith, Delon Wright, and Maxi Kleber are all guys who play good defense and scrap, but they all have their limitations.

What they’re missing is a true defensive ace on the wing. They’ve got one on the interior with KP, now they need one on the perimeter.

Igoudala and Covington have been rumored names and I think both would make excellent fits here. It will be interesting to monitor what the Mavs do at the rapidly approaching deadline.