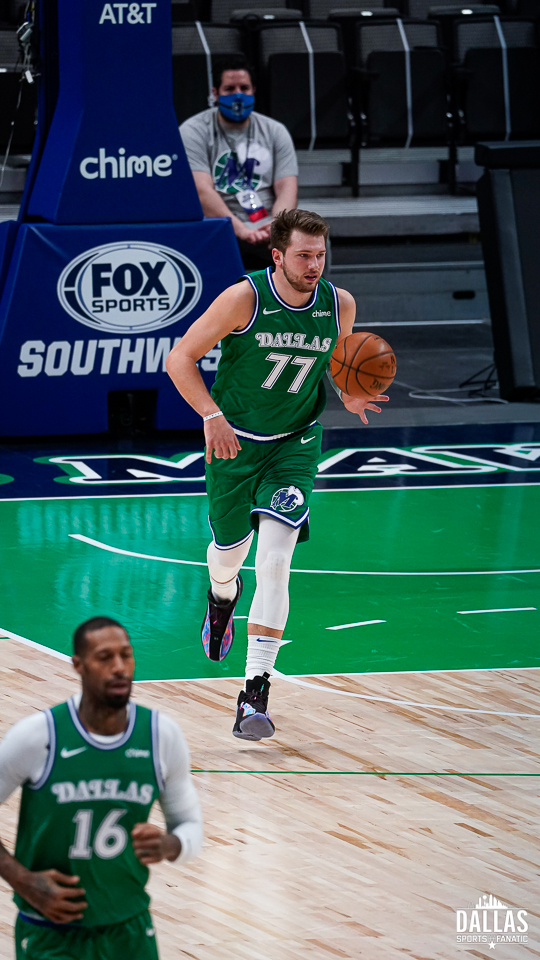 Can they get Rudy Gobert under control?

Rudy Gobert went off against the Mavericks on Wednesday, posting a monster 29 point, 20 rebound game.

Everything that made Gobert a max player was on display. Elite basket protection, dominant rebounding, and a massive P&R target.

Gobert has made a habit of obliterating the Mavericks. Much of that has to do with personnel, but I think it’s a scheme shortcoming as well. Utah has a plethora of good shooters and playmakers, and the court is spaced so well, it really feels like a pick-your-poison scenario.

Regardless, it’s something Dallas has to get figured out. Even if that means leaving some shooters to assist on Gobert’s dives to the cup.

How quickly can the returnees pick it back up?

Its been a difficult year for the Mavericks on this front. They’ve yet to field their entire rotation for a game and it’s reflected in their disjointed play.

Wednesday nights game was a step in the right direction with the return of Richardson, Finney-Smith, and Dwight Powell, but unsurprisingly they struggled in those minutes in their return from Covid.

Powell coming off an achilies night not ever be the same player he was. It’s the unfortunate truth of that injury. But this team needs more from Dorian and J-Rich, especially in the way of shooting. Their defense has been very good, but playing alongside Luka, you need players who can make open looks. And so far, both are well below where they should be.

Hopefully, tonight is a step back in the right direction.

What adjustments should Dallas make?

It did not work. On either front, as they had their cake (threes) and ate it too (Gobert in the paint). That points to an execution error more than anything, but for the sake of debate, here are a couple of tweaks I’d like to see them try:

-Shrink the floor: The Mavericks trying to use KP as a Gobert clone doesn’t work. Help off the Utah shooters, make them try and beat you from deep. Use your speed to scramble/recover.

-Brunson into the starting lineup for Dorian: KP range has often presented conflict for Gobert. He wants to camp out under the basket to try and limit Luka’s drives, and rightfully so. But KP makes that difficult. So, Quinn Snyder puts him on a less-threatening shooter in Finney-Smith. It allows him to roam freely and be a disrupter, but having a better shooter/playmaker in that spot renders that obsolete. Another solution would be Dorian having a hot shooting night. He’s certainly due for one.

P&R coverages: Rick Carlisle is a big picture guy. He’s not going to throw the kitchen sink at someone for a regular season outing, that type of stuff is usually reserved for the postseason.

But Part of the advantage of playing four perimeter players is that you have the speed to cover more ground. It’s gives you options.

Maybe they sprinkle it some traps or blitzes? Instead of Conley/Clarkson/Ingles making the plays, it would be Gobert. It will ultimately be a 4-on-3, but that’s where your smaller lineup comes in handy.

These are just a couple things they can try tonight as they look to bounce back.