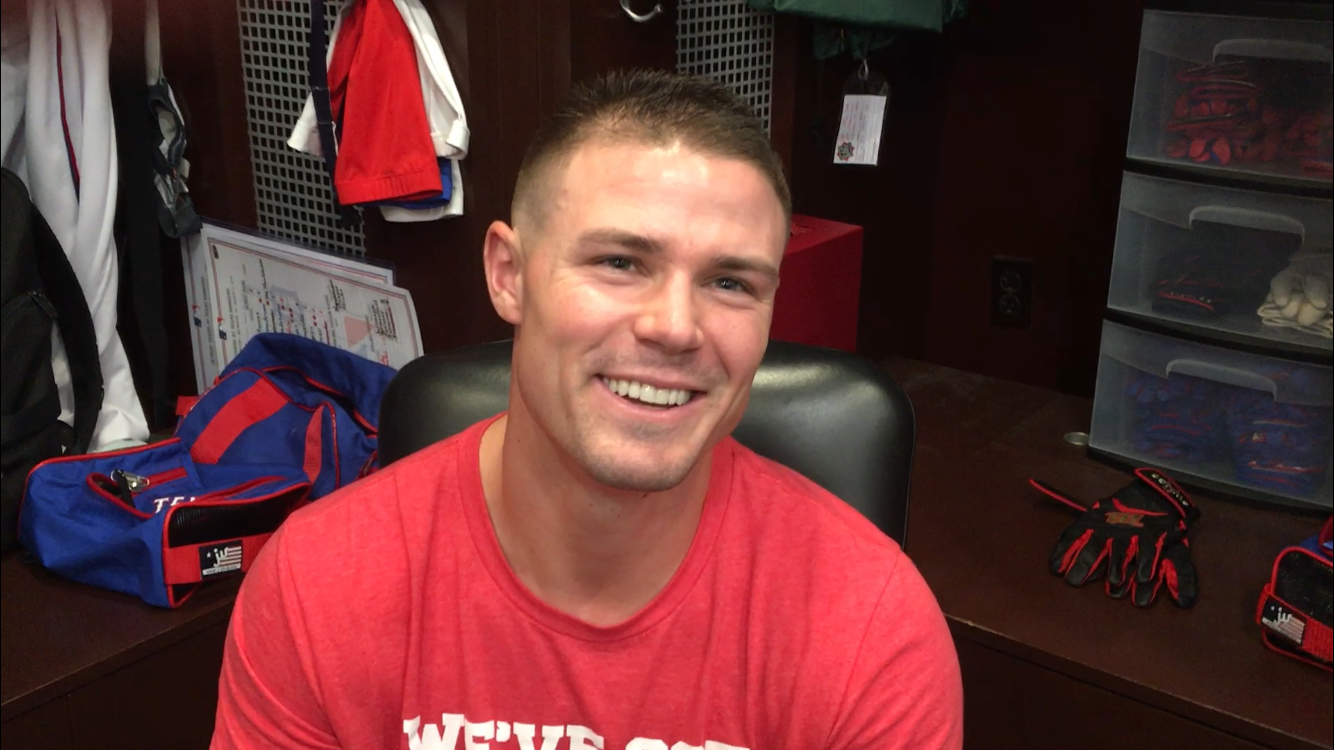 A family reunion in San Francisco for Rangers OF Scott Heineman

A family reunion in San Francisco for Rangers OF Scott Heineman

2020 may be the craziest season in MLB history, but it may be the most magical for the Heineman family.

“Brother to brother, it’s pretty special and to kind of share those experiences. We’re each other’s biggest fan,” Scott told me last September. The Heineman brothers are one of 417 sets of brothers to reach the Majors in baseball history. For a weekend in San Francisco, Scott will have the opportunity to share the field with his brother, Tyler Heineman.

The 2020 schedule originally came out in August 2019. At the time, Scott made his debut for the Rangers, and a month later, Tyler made his debut for the Marlins. The schedule pinpointed July 7th-9th, with Texas heading to Miami to take on the Marlins. There was a small thought that Scott and Tyler had a chance to take the field together, assuming both would be on their respective clubs. However, on November 4, 2019, Tyler went to free agency and signed with the San Francisco Giants two months later.

On March 11, the day before MLB took a safety delay due to COVID, Scott and Tyler had a lifetime opportunity. Both brothers took the field on a wet day in Surprise, Arizona, and had a chance to compete against each other. The Giants and Rangers didn’t have a series scheduled in 2020 until the new schedule released with the pandemic.

Once the new schedule was released and the rosters expanded, there was a good chance Scott and Tyler would see each other in respective dugouts. However, the likelihood they would both take the field was slim. You’d figure Buster Posey would play in two of those three games and depending on who the Giants threw out on the mound, Scott may only play in one of the three games. On July 11, Buster announced he would opt out of the 2020 season after he and his wife, Kristen, adopted twin girls born the week prematurely before. Posey’s noble act opened the door and created a chance of a lifetime for Scott and Tyler. Just sit and think for a quick second and realize the factors that made this moment possible for the Heineman family.

Tony Todd, who played Mickey Scales in “Little Big League” and a family friend, showed excitement about this weekend’s occurrence. “There are not two better athletes who deserve this opportunity to play in the major leagues more than the Heinemann brothers because of their work ethic,” Tony told me, “and to watch the two of them compete against each other this weekend will be a very proud moment in my lifetime because I witnessed the hard work they put in with their Uncle Pat Armstrong as kids and still today.” 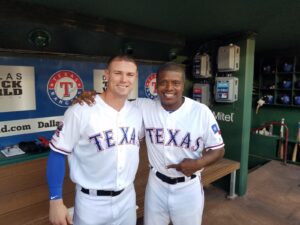 With all this down time, let’s get to know @ScottHeineman. pic.twitter.com/zZouWuxjJz

It’ll be the first time both brothers will step on a Major League field together. In the past, their paths crossed in either Spring Training or the minors. Last season the two played against each other when Scott was in Nashville, and Tyler was in New Orleans (minor leagues). Scott homered in the two games Tyler caught but had one hit in each of those games. In May, I talked to Scott about stepping to the plate, with his brother at his back behind the dish. “It’s funny because coming up, all I hear from my teammates is how much my brother is a chatterbox and how he tries to talk to him and get them out of their routine, yet when I come up, he doesn’t have much to say.” Despite the playful competition the two have, they still communicate daily. “We’re texting each other before the game, it’s literally like we kept in contact 30 min before the game,” Scott said in May.

The weekend configuration by Giants manager Gabe Kapler is unknown, as well as Chris Woodward. Scott got his first taste of the 2020 regular season on Wednesday’s win against Madison Bumgarner and the Diamondbacks. Scott had three decent at-bats on Wednesday despite going 0 for 3. Under the circumstances, both managers may decide to open the opportunity up. Tyler started Opening Day for San Francisco and slates as the Giants number one catcher on their depth chart. Tyler won’t play in all three games, but there’s a strong possibility he’ll play in two of the games this weekend. “We just want what’s best for each other.” The best may come to Oracle Park this weekend.