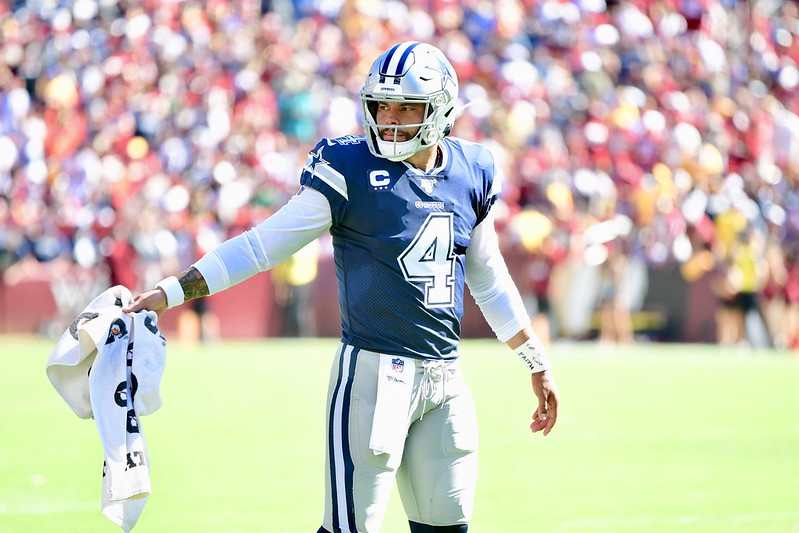 This Sunday the NFL fandom will sit down on their couch or on a stool at their favorite bar to hunker down and enjoy the drama of Championship Sunday. The penultimate NFL Sunday of the season as the final four teams square off for the right to advance to the one and only Super Bowl two weeks later.  This year’s matchups include one team everyone would have banked on being here before the season, the Kansas City Chiefs, and three relative surprises if you were betting back before Week 1 of the season in September.

Where are the Cowboys in all of this mess? They’ve been sitting on their couch even longer than you have.

Many in the local media/fan base speculated that it was going to be an NFC Championship appearance or bust for Jason Garrett as head coach of the Cowboys this season. When Dallas finished a championship-aspiring season with an 8-8 record and home by the end of December, it was finally time to let go of the team’s coach for the last nine and a half seasons.

Of course, the Cowboys haven’t been to an NFC title game since their 1995 final Super Bowl winning season. The actual date of the NFC title game was January 14, 1996. Almost 24 years to the day! Let’s explore how aong ago that really was by putting it in the context of what was going on in the world at that time…

I’ll start with something you’ll care about the least: I was just about 3 years and 4 months old at this time. I have some incredibly foggy Cowboys watching party memories from the mid-90s, but there’s no way I could pin any of them to being this game.

How old were some other people at the time? Well current Cowboys QB Dak Prescott was two and a half years old somewhere in Louisiana watching this game with his family. Our little guy Zeke Elliott was less than a year old after being born in July 1995.

Outside of the football world, the number one song in the country that week in January 1996 was “One Sweet Day” by Mariah Carey and Boyz II Men.

In the movie world, 12 Monkeys was the number one movie at the box office that weekend with a modest $10 million in ticket sales.

On a somewhat related note, connecting one Hollywood leading man to another, the number one show on television in 1996 was the then-George-Clooney-fueled “ER.”

I can remember seeing my parents watching “ER” in during the early parts of my life a lot more than I can remember them watching football with me. Sorry, football.

Sticking on the TV side, the broadcast crew for the 1996 NFC Championship was the legendary Pat Sumerall and John Madden. This Sunday’s broadcast duo of Joe Buck and Troy Aikman has been the number one FOX broadcasting team since the 2002 season. Wonder if Troy had any idea that he would be in the stadium for every NFC Championship after his playing days were over a few years later.

New Cowboys coach Mike McCarthy was already well into his pro coaching career as he was the quarterbacks coach of the Kansas City Chiefs from 1995-1998. The lovable Jason Garrett was of course a backup quarterback for Troy Aikman and the Cowboys from 1993-1999.

Looking at the NFL at the time, there were only 30 teams during the 1995 season. The Baltimore Ravens were still the old version of the Cleveland Browns and the Houston Texans were yet to even be a twinkle in someone’s eye because the Tennessee Titans were still the Houston Oilers for another season.

The NFL only had six divisions with five teams in each one. There were no NFC or AFC South divisions and the North divisions were called the Central.  Majorly unstable and confusing geography related items include:

Luckily when the Texans joined the league in 2002, things got cleaned up on the geography side of things with the league’s additional divisions and realignment.

I don’t know if any of that was the least bit interesting as you went through it, but I always find it fun to remind myself about interesting details from the past just to see how much things have changed. Also refreshing myself on what pop culture was like at a certain fond sports time in my life.

Well will Mariah Carey and Boyz II Men be at the top of the Billboard Hot 100 the next time the Cowboys are playing on Championship Sunday? Probably not, but you never know because both occurrences seem to be pretty big long shots if you go off the Cowboys playoff track record the last 24 years.