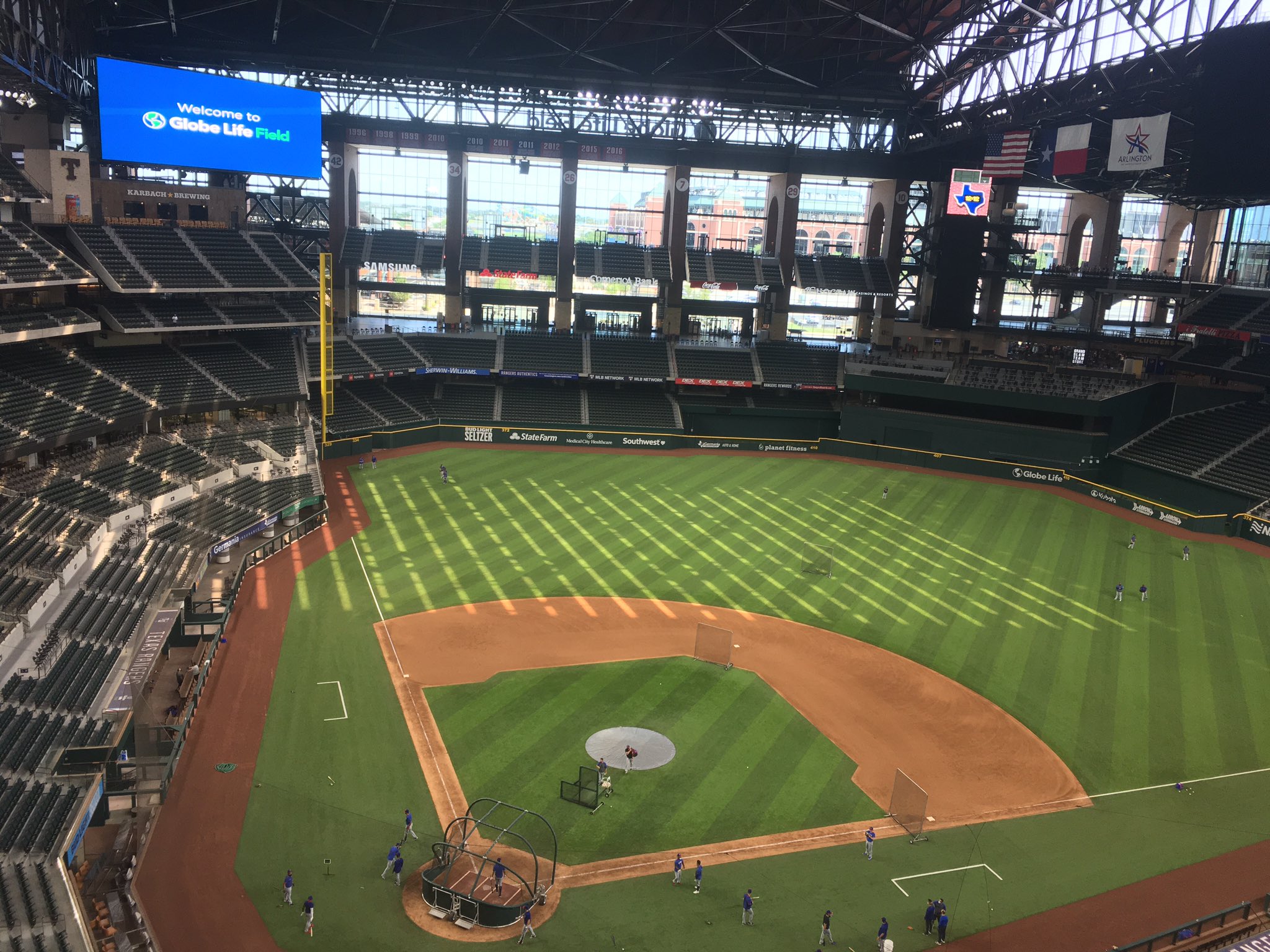 It’s been a rough go in the standings for the Rangers in the past three weeks. There’s a lot to look at in September for the team, and Rangers’ fans get their first viewing of the youth movement entering the Texas organization this month. Players like Leody Taveras, Eli White, Anderson Tejeda, and Kyle Cody are getting more reps to prove their worth for 2021 and beyond.

Remember, both Kyle Gibson and Jordan Lyles have longer than one-year contracts. Gibson signed a three-year deal last offseason with Texas, so it does not make sense to leave those two out in the dust. The Rangers and Julio Rangel want to tweak adjustments to make those two successful, so don’t expect them to leave the rotation. Kolby Allard is getting time to develop and have some consistency on the hill and Lance Lynn is being Lance Lynn. That leaves one spot where Chris Woodward is using Kyle Cody. Last time out, Cody went three innings along with John King making his debut. Woodward mentioned that next time out, Cody would go another three innings. The club wants to extend Cody to a possible starter in the future.

Congrats to @kylecody10 for striking out the side in his MLB debut last night, including the 7th wildest swing of the year.

Where do the veterans fit in this?

Yes, it’s a youth movement, but the key in Woodward’s lineup is players’ recent success. On Saturday, Shin-Soo Choo picked up a four-hit game. On Sunday, Choo was back in the lineup. The difference is the designated everyday players are now the younger players like Tejeda, Taveras, and White instead of Elvis Andrus, Rougned Odor, and Choo. Willie Calhoun is scheduled to come back soon, so there will be a challenge in getting Willie playing time.

Watch Leody Taveras line this ball into the seats for his second career homer. pic.twitter.com/0HVZdPpQVn

I’m interested in watching the next few years and if the Rangers extend Joey Gallo. All season, coaches and players viewed him as the face of the franchise with Elvis Andrus, and why not? He’s most likely the fan-favorite among Rangers faithful and creates the most noise in the crowd. However, his struggles continue this season. Globe Life Field may not be the best ballpark to suit Joey Gallo’s skill as a power left-hander. Globe Life Park was a hitter’s paradise, especially for lefties. However, it’s almost impossible to designate a ballpark failure based on a season where it’s shortened to thirty home games, and no fans. However, the possibility of the future for Joey Gallo being outside of Arlington is greater than ever.

Should fans be excited?

Of course, I’m going to say yes, but hear me out. In the Seattle series, we saw home run robbery from both Eli White and Leody Taveras and some superior shortstop defense by Anderson Tejeda. Ronald Guzman, Joey Gallo, and Taveras all went deep on Sunday along with Tejeda on Saturday. Jose Trevino launched a home run Friday, showcasing his power. Yes, the team doesn’t have that consistency, and that’s the problem. Will there be growing pains with these young players, of course. It’s ludicrous to think that young players won’t make a mistake, but the upside looks a lot better than the downside.

When I look at the Rangers roster, I see potential. Players like Gallo, Guzman, Choo, Elvis, Solak, and Trevino have showed success in their long or short Major League careers. The Rangers can be successful, the issue is gathering the momentum, and yes, the team’s mistakes cause this. Chris Woodward mentioned before Sunday’s game, “The real challenge is obviously trying to maintain a positive approach and to say hey you know what, today’s a new day.”

It seems like a common theme in life in 2020: uncertainty. It’s as unconventional as Joey Gallo’s slugging between day and night games, despite not being a morning person (I feel you Joey).

Asked Chris Woodward about this after the game,