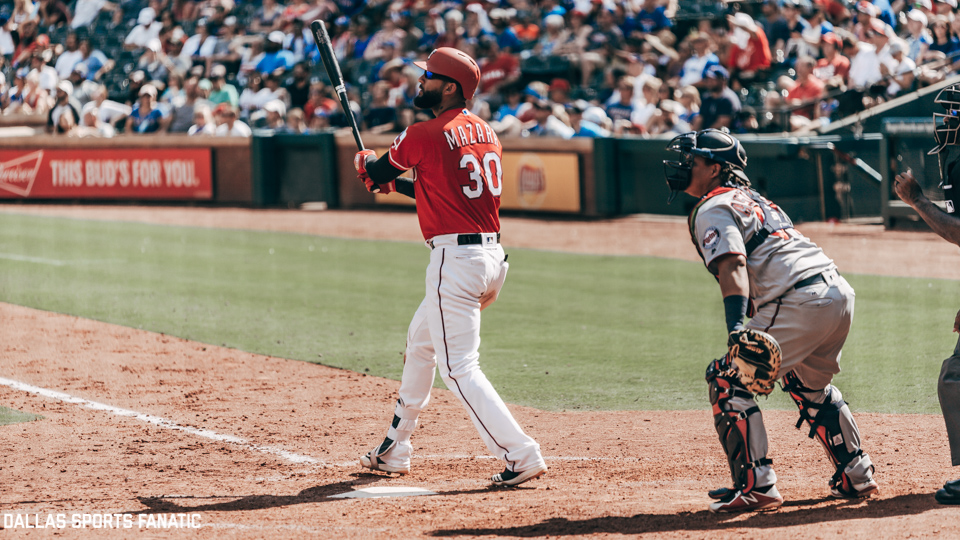 The Winter Meetings kept rolling in San Diego on Tuesday and the Rangers did not have their shortage of involvement in some of the day’s interesting stories.

While their involvement with Anthony Rendon remains clear, it doesn’t seem likely that a decision is likely to come in the next day or two.  The more likely dominoes to fall first seem to be the likes of Gerrit Cole, whose record setting deal could be a major influence on the price of Rendon.

The biggest news of the day surrounding the Rangers was about the potential return of a fan and organization favorite plus the possible development of a trade involving a player long-rumored to be on the move this winter.

The Rangers have made it seem like they were feeling pretty content with their catching situation for 2020. This was despite Jeff Mathis being a major disappointment, even considering his low price tag of $3.25 million, and Jose Trevino being loved by everyone, his ceiling as an everyday catcher seems pretty underwhelming.  While bringing back Chirinos at age 35 definitely isn’t solving the catchers position long term for Texas, it would certainly be an improvement over the Mathis/Trevino duo that combined for -1.6 WAR in 2019 while Chirinos posted a career high 3.8 WAR for Houston this season.

Chirinos was a key piece for the AL championship season for the Astros and even belted three homers throughout their run to a Game 7 loss in the World Series to the Nationals. Again, he wouldn’t be ending the search for a future catcher, but he would be welcomed back to the Texas clubhouse with open arms and his bat would be a nice addition to a lineup that got so, so little from the catchers spot all season.

Jason Castro is another veteran catcher that has been linked to the Rangers. The 32 year-old was part of a catching rotation for the AL Central winning Minnesota Twins in 2019.

White Sox are talking to Rangers about Nomar Mazara. Looking for 1 OF. @scottmerkin on it

While it has been rumored since the trade deadline that Nomar Mazara could be on the way out of Texas, it still feels a little surreal that a deal has finally happened.

Among the teams interested in Mazara seem to be the Chicago White Sox, Miami Marlins, Arizona Diamondbacks and St. Louis Cardinals.

While there have been plenty of exciting moments through the first four seasons of his major league career, the end results were just too uninspiring for the Rangers to keep putting Nomar Mazara in the lineup every single day.  Once you’ve done that for close to four seasons, it’s hard to imagine a player would be a great presence in the clubhouse if he suddenly became a platoon guy at such a vital time in his career development. At this point, it is likely best for the Rangers (lineup juggling-wise) and Mazara to find a way to part ways via trade.

The Rangers are rumored to be receiving OF Steele Walker in the deal. Walker is from Prosper and was a teammate of Arizona Cardinals quarterback Kyler Murray while at the University of Oklahoma.

Source: Rangers have also checked in on Nicholas Castellanos. Daniels acknowledged that Rangers could still pursue high-profile free agents at positions other than 3B.

This is a rumor that developed late on Tuesday. Castellanos would be a welcomed right fielder in the a lefty-heavy Rangers lineup, but he doesn’t exactly solve a position of need as an outfielder. Although he has 527 career games at third base, it’s unlikely anyone would want to bring him on for the hot corner with his .955 fielding percentage there in his career. He also hasn’t appeared in a game there since 2017.  At 27 year-old, Castellanos figures to be entering his prime and would be a great addition to any lineup.

Keep checking back with Dallas Sports Fanatic as we help gather all of the Rangers rumblings into one place for you during the Winter Meetings.