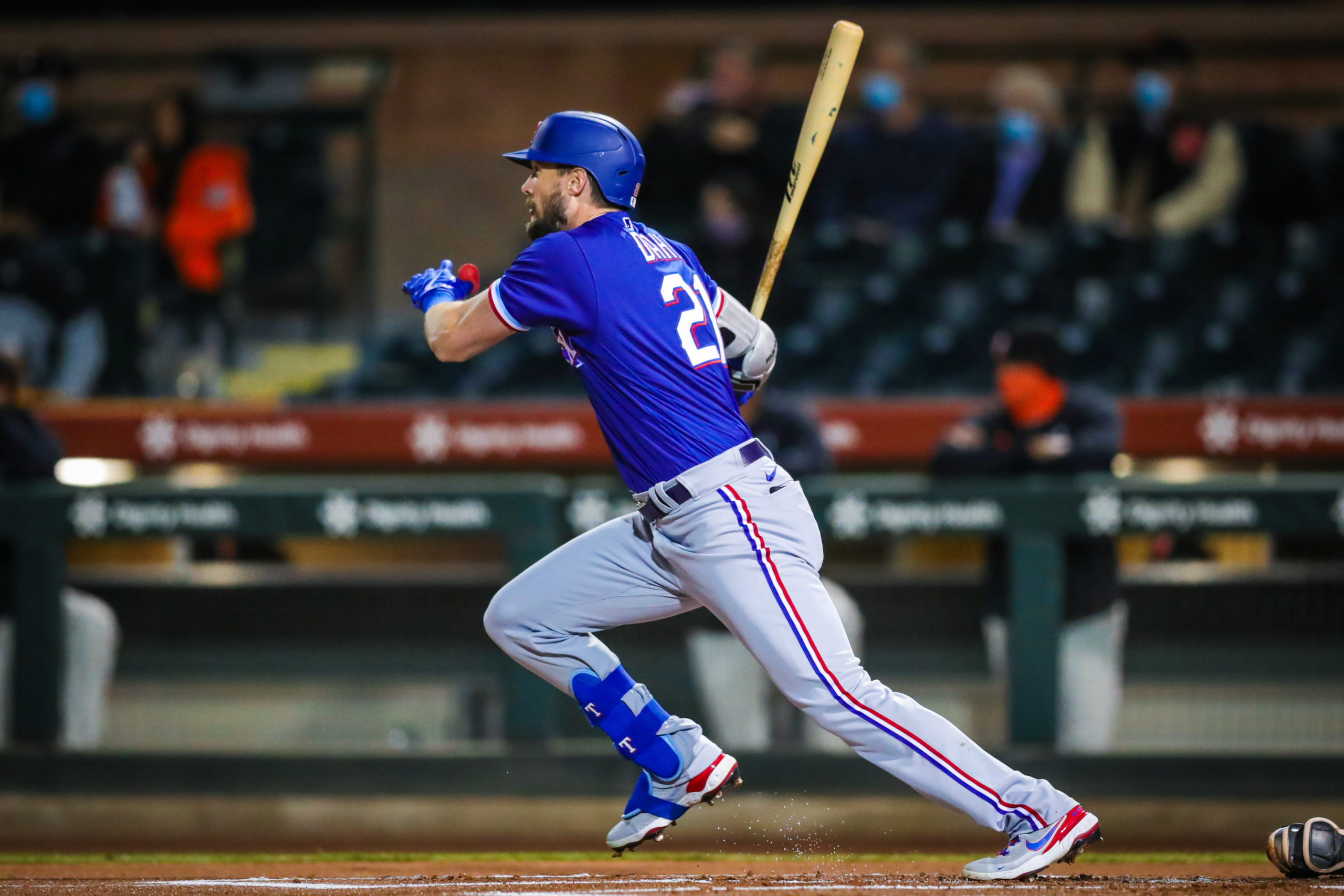 After a slow start, David Dahl is on the rise for the Rangers

After a slow start, David Dahl is on the rise for the Rangers

The current Rangers’ outfield core is having an exciting start to their 2021. What else can you say about Adolis García right now? It feels like he was born with a clutch gene in his system from the start. Rangers fans are watching Willie Calhoun blossom before our very eyes. Calhoun’s defense is vastly improving from his previous few seasons with Texas. Meanwhile, Joey Gallo continues to drop out jaws with his gold glove skills in right field. Currently, Gallo is dealing with a few nagging injuries like most big guys do, but his defense hasn’t suffered. Khris Davis’ 2021 is way too early to evaluate, his presence in the clubhouse is on notice, but he’s only played in six games for the Rangers.

Then you have David Dahl, and that’s not a negative connotation to Dahl. I feel like the Rangers crowd can forget David Dahl at times. David has run through a couple of tough stretches in 2021, dipping the average under .200 but is producing a better month of May than he did April. Spring Training was about bolstering Dahl up after missing most of 2020 due to right shoulder surgery. David did deal with a calf issue in the middle of April, which forced Chris Woodward to place him as a designated hitter, but it appears Dahl is healthy right now.

Dahl is fourth on the club in batting average this month and tied for second in doubles. “I think early on I was just pressing too hard to get hits and chasing everything,” Dahl said Thursday. “I’m feeling better at the plate,” David mentioned about how the 2020 slow start played a small impact in the mindset of a slow start this season. Differing between playing in the outfield and the designated hitter is something Dahl is adjusting to. Before 2020, the Rockies never played Dahl as a designated hitter in an interleague game. “DH is great when you’re swinging the bat well, and you’re just chilling,” Dahl told me. “When you’re in a little bit of a rut, it’s tough because all you think about is your swing.” Dahl said he received advice from Willie Calhoun and Khris Davis to not overthink about the swing while DHing and letting what transpires at the plate happen.

On the defensive side, David showed his right field skills Friday night. In his second game in right field in 2021 (played there May 4th against the Twins), Dahl robbed Chas McCormick of a two-run home run in right field. “It was a nice play,” Woodward told me after the game. “[Minute Maid Park] is a good ballpark to rob homers, especially in right field.” Dahl also made a nice catch in the fourth, robbing Yordan Alvarez of extra bases and a sliding catch off the bat of Carlos Correa in the eighth; it was an overall nice night in the field for David Friday.

DAVID DAHL GO UP AND GET IT! 👏#StraightUpTX | @Rangers pic.twitter.com/k1Aqea0CqQ

Dahl has gone on record saying that left field is not his most comfortable spot in the outfield. “I think left field is the toughest,” David said. “It comes off the bat differently; it takes more time to read the ball.” However, Dahl is adjusting to left field and looks better than early in the season. “I think he’s a good defender, Woodward said. “I think he can actually play at a higher level in left field than he has so far. He has the ability to do it.”

Texas has some intriguing decisions regarding outfield playing time between Dahl, Gallo, Garcia, Calhoun, and Davis. While some may say David was the weakest link out of the bunch, he looks like he’s turning his 2021 season around nicely.