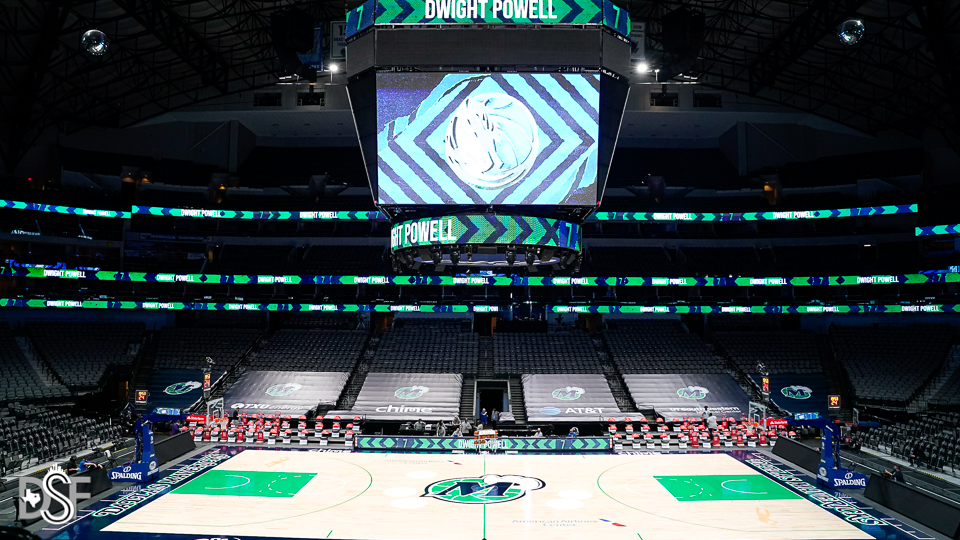 After the Mavs and several teams get tough COVID news, is a pause to the NBA season imminent?

After the Mavs and several teams get tough COVID news, is a pause to the NBA season imminent?

The Mavericks were able to beat the Orlando Magic 112-98 on Saturday night, but something was missing. Two of their usual starters in Dorian Finney-Smith and Josh Richardson and a key bench piece in Jalen Brunson are now out for the foreseeable future due to COVID-19 protocols after a positive test among the three of them on Friday. The Mavericks are hardly the only team having issues with the virus this week.

Former Mav Seth Curry tested positive on Thursday night and several other 76ers were forced to miss Saturday night’s afternoon, so Philadelphia played with just the minimum eight players in uniform. Celtics superstar Jayson Tatum also tested positive this weekend and Bradley Beal of the Wizards was forced to sit out on Saturday due to the contract tracing related to Tatum’s positive test.

The NBA has officially entered into some really bumpy territory and it’s less than three weeks into the regular season. It’s already time for some of the following tough questions:

Does the NBA need to pause its season to figure out how to better handle the virus?
Dylan Duell: No. I’ll try to keep politics out of this as much as possible, but this problem isn’t going to go away just because the NBA stops for two weeks and then resumes later this month. The virus will still be absolutely thriving in a country where the average citizen is tired of the restrictions placed on them and with most state and local governments unwilling to place the necessary tight restrictions in order to better contain the virus. Basically, just because the NBA stops, doesn’t mean things will be any better when they resume. There’s nothing they can do to avoid these positive tests besides playing in a bubble and there’s no way that happens again before the postseason.

Michael Mulford: Even with how successful the bubble was, this was bound to happen in a non-bubble atmosphere. But at the rate that players and teams are being hit in the past few days, pausing the season is something that should be brought to the table. Not saying that they should pause it at this moment but certainly revising and strengthening protocols to keep everyone safe should definitely be talked about at this time.

Reese Konkle: I’m not going to pretend I have the exact answer on how to correct this issue, but it couldn’t hurt. Especially if they use the time off as a means to refocus on their protocols. Admittedly, I’ve been surprised at how disorganized & disjointed it all seems. After a very successful run in the bubble, I thought much their success would carry over into the regular season but it seems everyone has relaxed a bit.

What would be one thing you’d do to try to help teams better sustain potential games lost due to quarantining?
Duell: Roster sizes have to go up to 20. There shouldn’t ever be a situation like what the Sixers had today with only eight players dressed.  I guess it’s possible more players on the roster means more potential positives in a team outbreak, but that hasn’t been the case for NBA teams so far.  Just a lot of isolated cases and precautionary quarantines for others. If these are just only veteran’s minimum contracts, then the owners shouldn’t whine too much about footing the bill. Surely JJ Barea, Courtney Lee or even Ryan Broekhoff would be happy for a job right now, right? It can’t be 10 day deals because there are just too many hoops to jump through to quickly get a player plugged into the system. Gotta commit to having them around for a while.

Mulford: Certainly adding roster spots is something that I thought should’ve been done to begin with. Having a practice squad of sorts in case a covid breakout hits your team can preserve some of these potentially cancelled or postponed games. I think tackling the contact tracing when a player or staff member tests positive can help eliminate and/or add protocols to help limit future positive tests going forward in the season.

Konkle: Again, this is probably a bit above my pay-grade, but I’m totally cool with getting flexible regarding the teams and the number of games each of them play. In most cases, I don’t think it’s a big deal. That team is either comfortably in the playoffs or they aren’t. The only issue I could see is some of the on-the-bubble teams not playing the same number of games, so one might have an advantage in seeding. But we’re in a pandemic. Not everything is fair and at that point, they’ll have been enough games played to know who did or did not deserve to go. They don’t need to play the EXACT same amount, just something in the ballpark.

Has this already been worse than you expected or did you see this coming?
Duell: Honestly, no. MLB, the NFL and college football all struggled mightily right out of the gates handling the virus with teams in their own market. As much as we like to think the NBA is bit more ahead of curve than those other organizations, this is an unprecedented situation that no one is going to just handle with ease. As long as an entire team isn’t forced to shut down for an extended amount of time, things will be going about as well/bad/just okay as I would have expected.

Mulford: I’d say so. Philadelphia played with just seven guys today, most who aren’t in their regular rotation. The Mavericks obviously took a hit with J-Rich, DFS, and Brunson. Jayson Tatum tested positive today. It’s to the point where at any moment Woj and Shams could break news of another positive test or breakout. Obviously we aren’t aware of how serious guys are taking the rules and everything in place but you can count on Adam Silver and company to do their best to right the ship

Konkle: Yeah, definitely so. Not only how messy, with positive players supposedly sitting on the bench and such, but just the sheer number of positives. Seems like the players have relaxed or aren’t dialed into the protocols quite enough. The league might need to tighten the reins a bit if they hope to keep the season going.