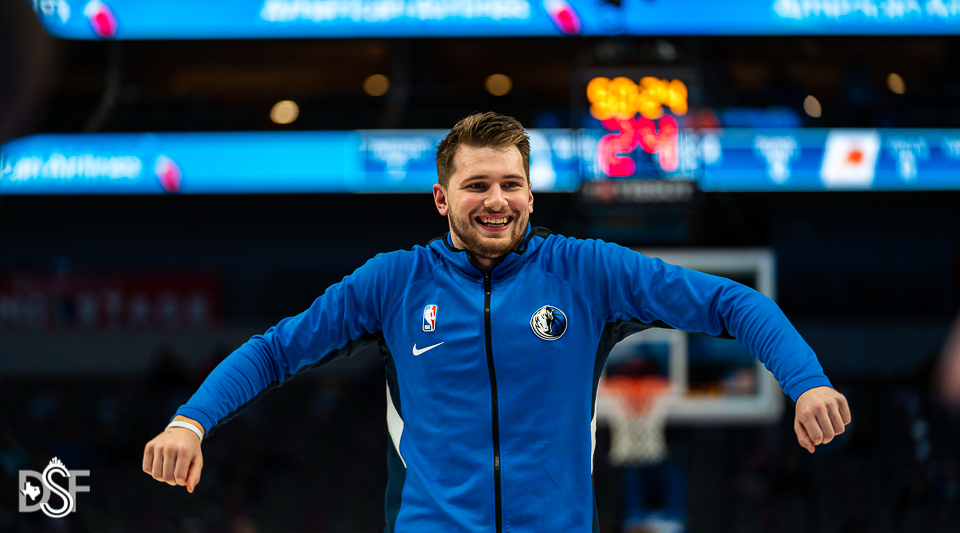 I almost don’t know what to write. Simply still at a loss for words of the performance we witnessed last night.

Are those the collective stats of the Mavericks backcourt tonight, you ask? Not quite.

That’s what Luka Doncic finished with as the Mavericks knocked off the Milwaukee Bucks in overtime, 136-132.

Forget the typical recap of the game. This game was about Luka.

He was the best player on the floor all night long. Yes, that includes you, Giannis.

From the jump, you could smell what kind of game was cooking for Luka. He made it a point to get his teammates involved early and that’s exactly what he did with seven first quarter assists.

Luka’s patience with the basketball in his hands showed immensely when looking to find a seam or pocket to dish to a teammate. His slow, methodical hesitation dribbles when driving the lane opened up that split second where he could dump the ball off to a cutting teammate.

With 19 assists comes one special dime that shook NBA Twitter last night. With 1:10 left in overtime, Luka used a Maxi Kleber pick and drove to his left. Once Kleber rolled, Luka bounce passed the ball threw his own legs to Kleber for the slam.

Yes, ladies and gentlemen, he nutmegged himself with just over a minute left in overtime against the best team in the league. If that doesn’t scream the confidence of a bad man, I don’t know what does.

LUKA IS DOING THIS IN THE CLUTCH 🤯 pic.twitter.com/uA5rCpjvKP

“I don’t know why I did it. I just did it,” Luka said of the bounce pass heard around the world. That’s the answer of a 21-year-old who is having the time of his life out there.

As I said earlier, he was simply the best player on the floor tonight. No discussion. While Giannis put up his 34 points and 13 rebounds, it didn’t sniff what #77 was doing for Dallas, which was the first time in NBA history that a player put up a stat line of 36 points, 14 rebounds, and 19 assists.

Outside of Luka, we can’t let his performance outshine that of Dorian Finney-Smith, who along with Luka, potentially played his best game in a Mavericks uniform.

Finney-Smith finished with a career-high 27 points, 10 rebounds, and 5 assists while making six threes and not to forget having the assignment of defending Giannis. Doe was huge for Dallas down the stretch as he knocked down back to back threes in overtime to help inch the Mavs away from the Bucks.

An overtime victory like this against the team with the best record and best player in the league can do wonders for a team, especially the Mavericks who were struggling in the bubble.

Dallas will look to build on this victory when they take the Jazz on Monday.