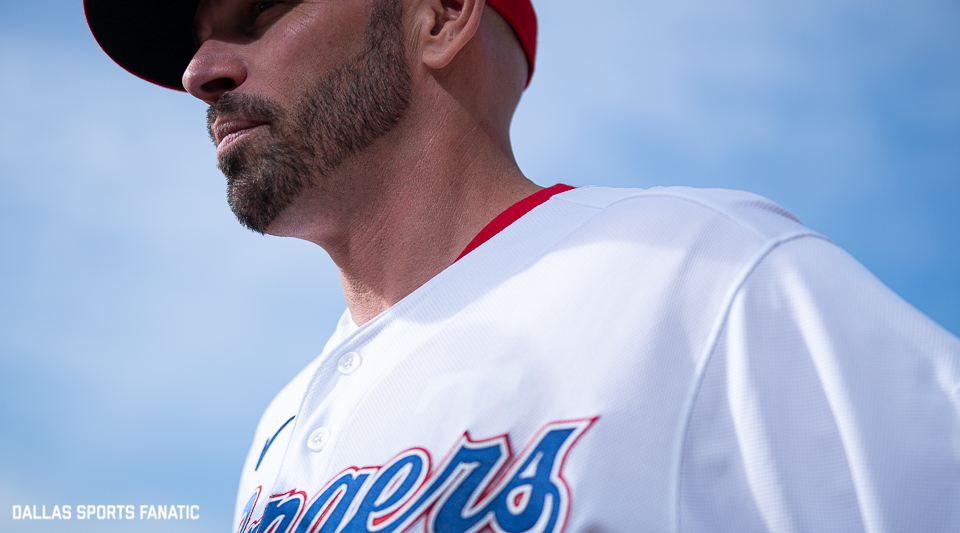 An early look at the fringe Ranger roster spots: Who is in and who is out?

An early look at the fringe Ranger roster spots: Who is in and who is out?

The Rangers enter Spring Training with a good idea of the roster makeup. However, there are a few spots that fall into the undecided category with a few name inserts. Barring any significant injuries, the Rangers starting rotation, closer, three of the four infield spots, the designated hitter, and two outfield spots are stamped and ready to go. That makes twelve of the twenty-six roster spots filled. You also have to add eight bullpen spots, position players like Danny Santana, Nick Solak, Jeff Mathis, and Isiah Kiner-Falefa (who haven’t won the starting job and will make the club as backups). After that calculation, now you’re left with two roster openings. I want to think Ronald Guzman gets one of those spots, and now you’re left with one spot. The question is, who ends up claiming that lone spot? Let’s start some digging.

Versatility, thy name is Scott. In 21 games last season, Heineman spread his game to four different positions. Heineman played especially well at first base and center field. My concern falls on the offensive side as before two impressive games against the Yankees to close out the season, Heineman went just 12 for 69 with six extra-base hits. He’s been working hard this offseason along with California friends like Brewers’ superstar Christian Yelich and Dodgers’ superstar Cody Bellinger. A good spring sneaks Scott onto the big league roster. The “where” part is still up for grabs depending on how Adolis Garcia and Greg Bird fare this spring, especially if Bird wins first base over Guzman .

Garcia is a monster and adds more power to a potent lineup. Last season, Garcia hit 32 home runs in 491 at-bats for the Memphis Redbirds (AAA affiliate for the St. Louis Cardinals). Adolis also spent time this offseason in the Dominican Winter League playing for Gigantes del Cibao with his older brother Adonis Garcia. Adolis is a primary right fielder, which gets tricky with Joey Gallo stapled in that spot. The Rangers could use Garcia as a designated hitter, but that limits Shin-Soo Choo’s playing time with limited options for Choo in the outfield. If Garcia rakes the baseball this spring, I say give him a shot, but the Rangers would have to do some rearranging from their previous plans to bring Garcia in.

The Rangers are an intriguing team at the catcher position. They brought in Robinson Chirinos for likely the starting duty while they keep Jeff Mathis for the second year of his two-year deal. The dilemma is that Texas is one of few teams that doesn’t need a third catcher, because of Isiah Kiner-Falefa. Sure, IKF isn’t a primary catcher, but if emergency strikes, Chris Woodward could ask Isiah to cover an inning or two behind the plate, something most teams don’t have the luxury to have. All of this said means that it’s going to be tough for Trevino to make the opening day roster. The only three ways I see it is if an injury occurs, the Rangers release Jeff Mathis or Trevino’s offensive numbers become staggering that they feel he can be an almost full-time designated hitter. I don’t see two of those outcomes happening and hope the other is a figment of one’s imagination.

Greg Bird is trying to rejuvenate his career after a rough patch with the Yankees (that’s putting it mildly). Texas signed Bird to a minor league deal as the Rangers try for another diamond in the rough player like they got from Hunter Pence and Danny Santana in 2019. Bird is another longshot but it creates some competition for Guzman at first base. The Rangers are hoping that Guzman shows improvement like he did to close out 2019. However, if Bird produces a miraculous 2020 spring, Texas may have to make adjustments to their plans at first in 2020.

There’s still a lot more that needs to be decided, and it depends on how the Rangers want to work their bullpen. I based the rosters on eight bullpen pitchers, but the club may feel with a young pen that nine pitchers is the right way to go and none of these cats get into the opening day roster. No matters who’s in or out the good news is that spring is here and baseball is back!