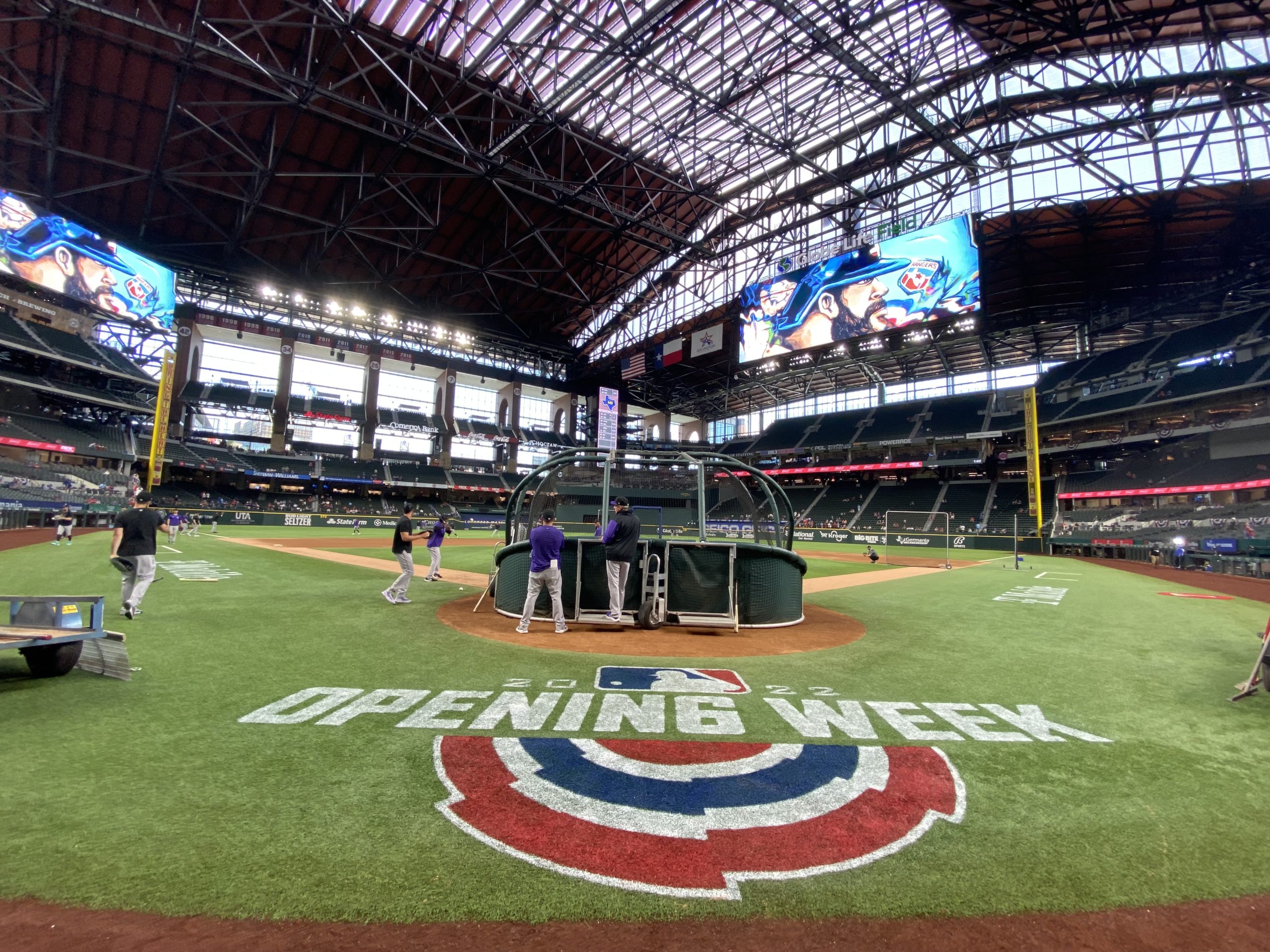 An odd outcome tops off a long, interesting home opener for the Rangers

An odd outcome tops off a long, interesting home opener for the Rangers

For a recap of the controversial ruling and what happened during Monday’s game, visit the Plinck Rangers’ Release.

Monday felt like a reunion for baseball. Rangers’ players, coaches, fans, media, etc., showed their excitement hours leading up to the first pitch. Smiles beamed on everyone’s faces, and then a lovely pregame ceremony led up to the scheduled 3:07 first pitch:

The roof has open at Globe Life Field! #StraightUpTX

Rangers vs #Rockies in less than 60 mins. pic.twitter.com/l9i8PoXei2

There was extra cheering for Marcus Semien and Corey Seager. Guys that got loud ovations included third base coach Tony Beasley, catcher Jonah Heim, Adolis García, and even Martín Pérez got a roaring cheer from the crowd. Yes, three games had happened already, but it felt like day one of baseball. It was a new chapter with many snazzy-dressed individuals (yours truly was one). Although it wasn’t the crowd that the Rangers saw last season (about 3,000 fewer than 2021), it was loud, and considering it was Monday against the Rockies rather than Thursday against the Yankees, it was a nice sized crowd. It was also an emotional day for the Hearn family as Taylor’s sister Robyn covered the home opener. Yes, Taylor’s sister was covering the Rangers’ home opener in which her brother was the starting pitcher that day. She even interviewed Taylor after the game in a heart-warming press conference.

On Monday, the Rangers opened the roof, which felt like a bad idea considering storms hit the Metroplex earlier in the day. However, bad weather moved away from the area, and one hour before the first pitch, the roof opened. I could feel the humidity softly, but the opened roof didn’t present significant issues (from a fan standpoint). Right field got tagged with the sun for most of the game, and the shadows looked like a factor early, but about two hours later, the shadows on the field disappeared. It was a close enough game where seats still filled up, and even those stuck around made hard noise throughout the late afternoon. The Texas Tenors delivered a rendition of “Proud to be an American” which spiked up the crowd too.

Rangers fans are stoked for the upcoming season. Social media is a buzz throughout the DFW area, and the club feels 2022 is a stepping point. It’s likely originally scheduled Opening Day sells out, but the Rangers’ offseason indeed got the attention of fans to make people positively look at the Rangers.