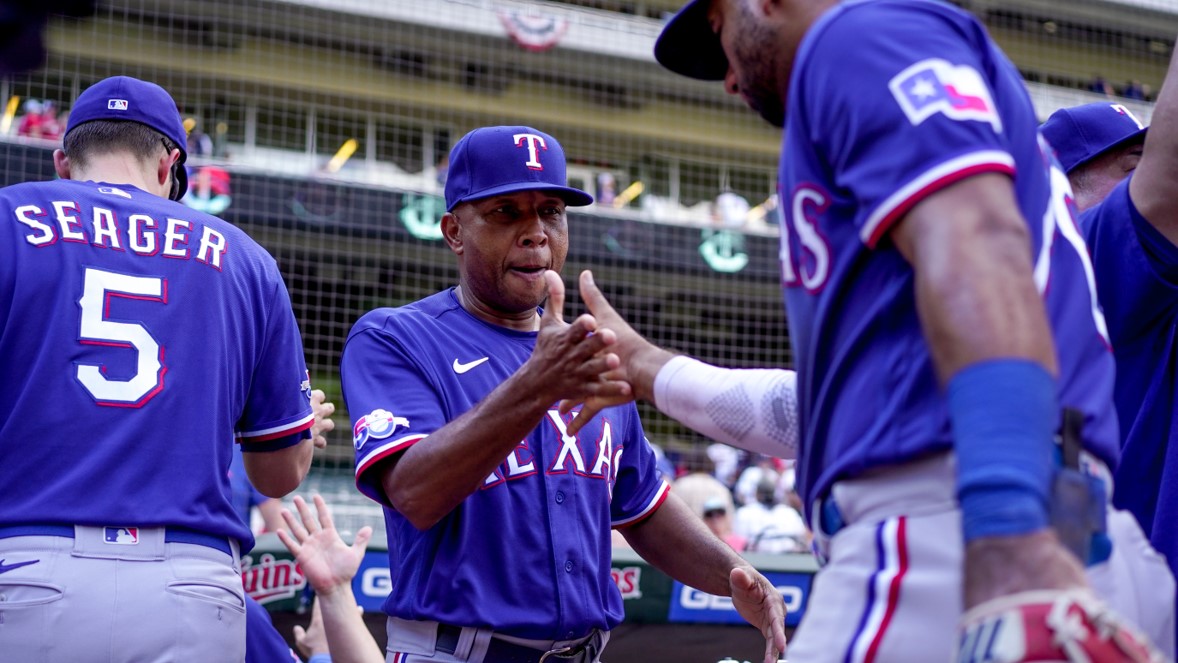 In the month plus of Tony Beasley being the interim manager of the Texas Rangers, I’ve learned a few things. For example, his thoughts on OPS, how vital it is to limit walks, and how the sixth inning is the most pivotal inning of a baseball game. “I felt like the sixth is the most important because it gets you to the seventh, eighth, and ninth, and you feel good about the guys that you run out there to shut things down,” Tony Beasley said. “The sixth is that bridge inning. Is the starter going to go six? Is he going to come out? Do you have to make a decision to send the starter out in the sixth [when] you know he’s kind of losing it a little bit? There’s a lot of thought process in the sixth inning.”

I did a little digging on how the Texas Rangers season fared in the sixth inning. To my surprise and others, the Rangers allowed the third-fewest sixth-inning runs in baseball (60) behind the Dodgers and Astros. To make matters better, the 53 earned runs are the second-fewest to the Dodgers. Now that doesn’t mean the Rangers are impenetrable in the sixth. Their 1.25 WHIP ranks 14th in MLB, and their 61 walks rank 7th highest while oppositions hit .228 against the Rangers staff, fifth lowest in MLB. The numbers paint this picture. You’re dealing with a starting pitcher nearly out of gas missing the plate, resulting in walks on one night. On another night, you may have a young reliever who hasn’t been built up as an end-of-the-pen guy but is missing bats and the plate. Or, you could be Dennis Santana, where only two of twelve inherited runners scored when Dennis enters the sixth.

On the offensive side, the Rangers have scored 65 runs, the sixth fewest in baseball. Their .246 average is the 10th highest, but their .303 on-base percentage ranks 20th in baseball (43 walks rank 4th fewest). So that likely means the Rangers get guys on; they don’t score, correct? Well, with runners in scoring position in the sixth, the Rangers are 14th in baseball with a .255 average. Their OPS is .700 (19th in MLB), which may cut into run deficiency. Maybe the Rangers haven’t’ had chances? Well, the Rangers have had 153 plate appearances with runners in scoring position (16th in MLB), so they’re not overly lacking opportunities. My guess is a couple of things. First, the Rangers hit into a decent amount of double plays in the sixth, coupled with being 10th in baseball in strikeouts in the sixth. They’re low on positive stats and high on negative statistical categories equaling to a lack of production in the bridge inning.

When I told Tony Beasley about the team’s pitching success in the sixth, he challenged me with this question. “Does that mean that one run put us down?” “Fewest runs allowed in the sixth per baseball, but that doesn’t mean how it affected our game?” So I did more digging. I looked at every Rangers game where the team or the opposition scored a run in the sixth inning. In total, there are 68 games in 2022 where a run scored in the sixth, the Rangers, the opposition, or both. Here’s how I broke it down; remember, these are only games in which a sixth-inning run scored that day and what happened once that sixth inning run scored:

***On 6/24, both the Rangers and Nationals entered the sixth tied and traded runs entering the seventh tied.

With the situations pieced out, what does this mean? First, it means 11 of the Rangers’ 152 games; the sixth inning decided the game. It also means that whether the opposition or the Rangers extended their lead in the sixth, they held on, leaving the other team a chance to return. A few times, whoever scored could complete a rally, but it didn’t happen often.

It also sparked a thought of how the sixth compares to the other innings. So here’s a breakdown of the Rangers’ run differential per inning in 2022:

However you slice it, I don’t think the sixth has been a burden or a saint for the Rangers in 2022. It has been one of the better innings this season for Texas, but it hasn’t stood out compared to the ninth. Beasley’s reasoning for the sixth inning provides good insight, especially for clubs that use three-headed monsters in the back of their bullpen. “[The sixth is] the bridge inning. That’s the inning that gets you to the backside of the game to where you feel like you’ll have a better chance of closing the game out.” So keep on the lookout for the sixth inning in these final ten games and next year.