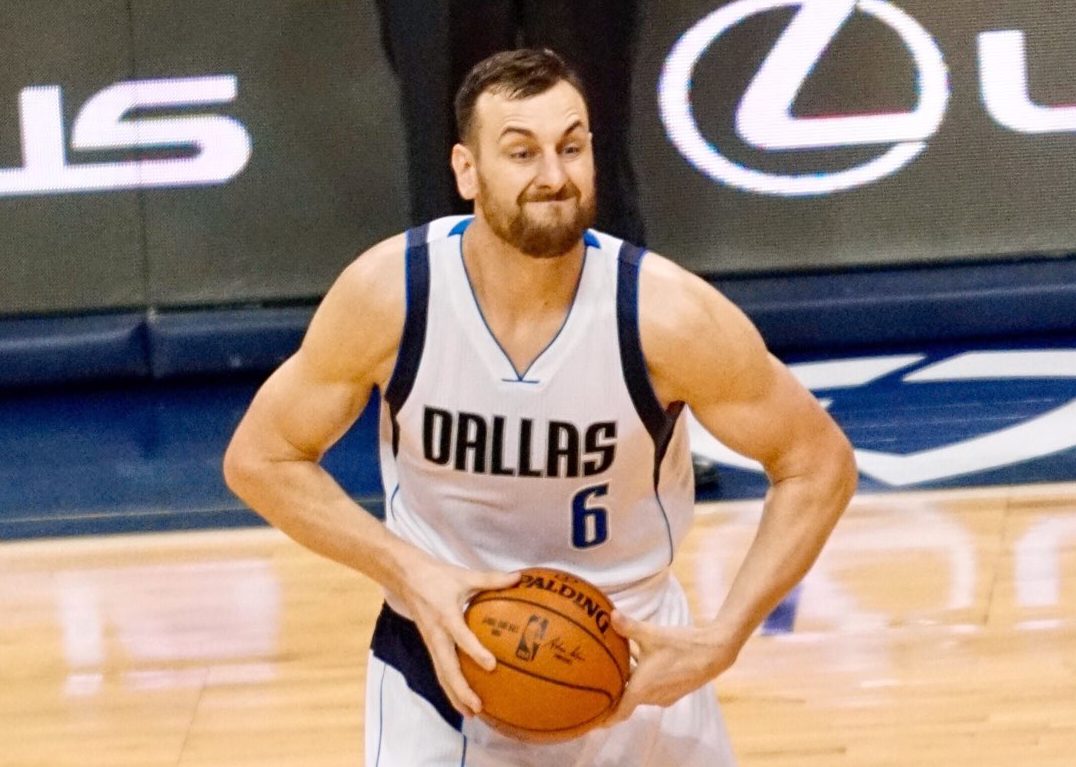 Every year there’s a trade in the NBA that, on its exterior, isn’t much to look at. It’s like a respectable 2008 grey Honda Civic that’ll do its job. But it’s useful, and it has the chance to alter the course of that season or seasons ahead.

With Carmelo Anthony’s (mostly) rigid stance in regards to his now infamous no trade clause, there aren’t too many big names who could realistically be moved. There was a chance for about an hour and a half that it looked like a Paul Millsap trade could send some waves around the league before Atlanta took the ‘For Sale’ sign off him pretty quickly.

There are some sumptuous pieces that could be on the move– well mostly delectable to us basketball nerds. It’s much more likely than not for there to be a trade that really turns heads. Hell, ardent followers of the league were thrusted into a frenzy when the 35 year old Kyle Korver, averaging under ten points, under three rebounds and under three assists this season, was sent to Cleveland into LeBron James‘ welcoming arms. That’s all it takes.

That deal has the potential to be The Trade this season. We can all envision Korver hitting back to back threes in the final two minutes of a Finals game to help push Cleveland over the line. But there’s still a guy with a championship pedigree that seems a dead certain to be moved by the trade deadline: Andrew Bogut.

Again, the fact that we’re sitting around considering where Bogut would best fit is a testament to how bare the top end of the trade market is, but he’d be a rather useful player for a contending team. Funnily enough the team he was forced to leave to make cap room for Kevin Durant wouldn’t mind his presence these days. (But obviously not more than Durant. Stop being crazy.) Ditto for the other end of the potential NBA Finals Trilogy, but the Cavs have no way of making the money work nor have anything by way of an enticing package to dangle in front of the Mavs.

Two years ago, a seemingly mundane trade woke Cleveland and vaulted them into the Finals. Timofey Mozgov came to Cleveland via two (!!) first round picks. Of course Cleveland would end up losing the Finals that year, but who knows what could’ve happened had Kyrie Irving and Kevin Love not gotten hurt. The next season they did get that ring.

But there’s a brilliant story that Brian Windhorst of ESPN would tell about the first time Mozgov walked into the building, as LeBron was slouched on the wall. He saw the Russian come through and James immediately perked up in awe of just how tall he was. That’s saying something if a 6’8″ meat truck of muscle, who’s made a living being around 7 footers for more than a decade, is in awe of someone else’s size so overtly.

Bogut could be that piece for a team out there.

For Dallas, this season is obviously a bust. They’re further adrift the playoffs than Leo DiCaprio was the life boats in The Titanic. They’d be wise to swap Bogut for assets soon, further plunging them to more ping pong balls ahead of this talent laden 2017 NBA Draft.

Here are the contending teams that could do some front office dancing with Dallas and best utilize Bogut.

Boston is the most compatible team to trade with in the NBA, bar none. Their cap flexibility, wide variety of contracts coupled with their war chest of assets is unmatched.

I continue to like Andrew Bogut suggestion as much as any other. Can get him from #Mavericks on the cheap. #Celtics https://t.co/MHPCjyJaHO

Most Celtics fans would love to see a star like DeMarcus Cousins be cashed in for all those chips or Jimmy Butler. But both of those guys seem certain to stick around where they are through this season, at the very least. Boston could do worse than getting Bogut.

The @celtics desperately need a big man who can rebound. I reckon @andrewbogut would look good in green #aussie #weneedyourhelp

It’d be a reasonable offer for them to give up their own first round pick which will fall into the mid-twenties in the draft as well as an interesting piece in James Young, as well as the expiring contract makeweight of Amir Johnson. The Mozgov two first rounders deal should not be the baseline for this deal. Mozgov was younger and under contract for longer, Bogut is just a rental for this season.

From Boston’s perspective, it’d be useful to add a player with his experience, pedigree and toughness. He could start next to Al Horford, because Horford is one of those bigs who can do it all so it doesn’t matter who you put next to him, and he could close games if the situations call for it. He’ll add flexibility to Brad Stevens, who continues to prove how resourceful a head coach he is. It’d be fun to see him with another wrinkle.

The fit isn’t exactly perfect, but this would be a wise move by Rockets general manager Daryl Morey to hedge with his oft-injured front court and it wouldn’t be at much of a steep price. The market isn’t as deep as one might imagine for Bogut with his price tag and dearth of contending teams with flexibility.

Currently the Rockets have an unreliable duo (by way of health) in Nene and Clint Capela that anchor the defense for Mike D’Antoni’s scorched earth team. In February, Bogut might not be the best piece for that team but they could really use someone of his stature come May. No one on that team would play better half court defense than him and he’s a half decent roller to the basket on offense.

I think Rockets can maybe get bogut , trade a first rounder for Bogut we need a veteran Center

This trade could be similar to Boston’s hypothetical offer as they wouldn’t need two first round picks. They could use the Corey Brewer contract as makeweight and attach their first round pick, the Mavs won’t be getting much better than that.

This piece was produced by a contributor to MavsFanatic.