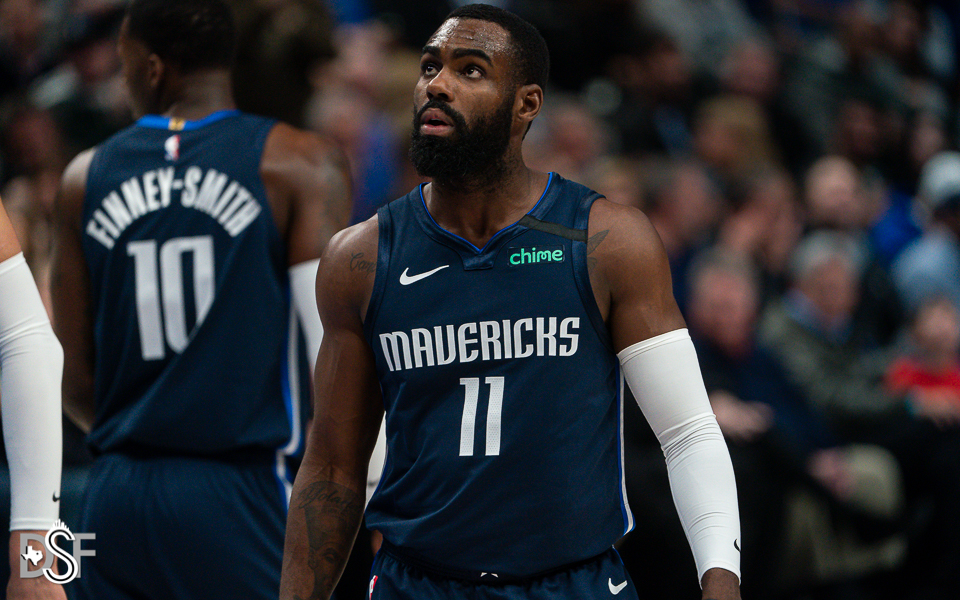 The Mavericks and fourth quarter collapses have gone together like peanut butter and jelly this season.

I love me a good PB&J sandwich but these fourth quarter collapses sure leave a lasting bitter taste in your mouth.

That happened again tonight as the Hawks absolutely stole this game from the Mavericks, with help from the officials, 111-107.

The Mavericks led the entire game, despite Luka and KP missing the game AND Jalen Brunson getting hurt on the first possession of the game, until the Hawks took their first lead late in the fourth.

The lasting image of tonight’s game was the call made by the officials when Dorian Finney-Smith cleanly blocked Trae Young at the rim with 8.4 seconds.

Originally, the officials blew the whistle to signify a goaltend by DFS. Following the review, which took a day and a half, the play was ruled a block by Doe-Doe, but the Hawks were awarded the two points because John Collins followed up the block by laying the ball up.

So though the officials called it an inadvertent whistle, how do they still count Collins’ two points which occurred AFTER the whistle? That’s NBA officiating for you.

Mavericks owner Mark Cuban surely feels the frustration as he took to Twitter in classic Cuban fashion to voice his feelings towards the officiating.

But wait there is more. 1 of the refs told us it was an inadvertent whistle, so it was not goaltending. Doesn't matter that people stopped . They thought the whistle came after the putback. So the basket counted. So what where they reviewing if it wasn't a goaltend ? https://t.co/FPnNy1mRKe

Refs have bad games. Crews have bad games. But this isn't a single game issue. This is the same shit that has been going on for 20 years . Hire former refs who think they know how to hire , train and manage. Realize 2 years later they can't. Repeat https://t.co/GPqvvWSpuT

Cuban is absolutely right. This isn’t just a one game issue or bias because the Mavericks were at the wrong end of a few calls. Officiating as a whole needs to be cleaned up sooner rather than later, especially before the playoffs roll around.

In regard to the game itself, without Luka and KP, Tim Hardaway Jr. and Seth Curry led the way for the Mavericks. THJ scored 33 points on 11/22 shooting along with four rebounds and five assists. Curry finished with 22 points, six rebounds, five assists, and two steals.

John Collins was the X-factor for the Hawks all night, dominating the Mavericks inside with 35 points and 17 rebounds. Trae Young got hot right in time in the fourth quarter, finishing with 25 points, six rebounds, and 10 assists.

Regardless of the officiating or not having Luka and KP, this was the Mavericks game. They led the entire game until late in the fourth. These are the type of games you have to win in order to secure a spot in the playoffs in the Western Conference. Late game situations continue to be this team’s kryptonite and that will surely put an end to their season earlier than not come playoff time.

The Mavericks head back home for a matchup with the Timberwolves on Monday.