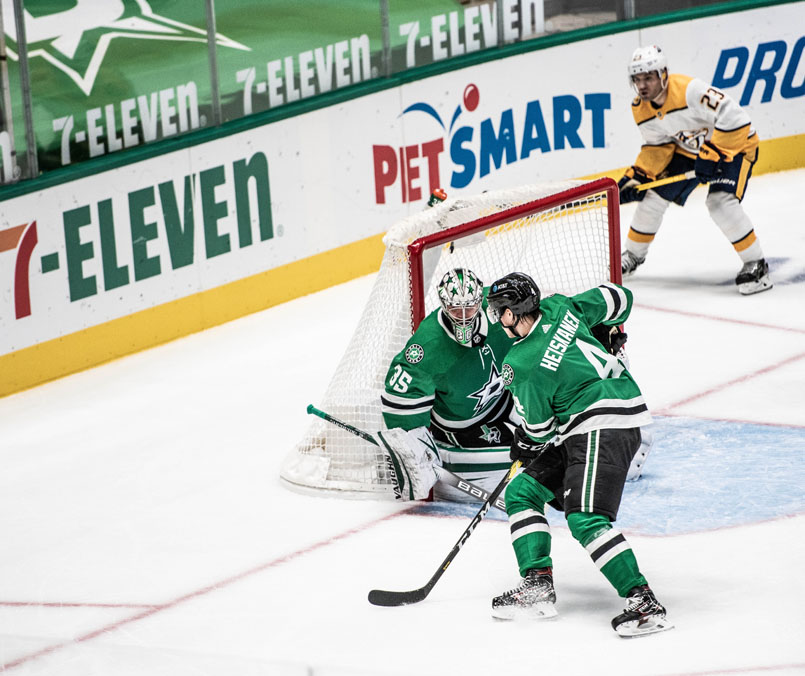 It feels like it was never gone- but in the blink of an eye, hockey is back.

After a delayed season played entirely in the 2021 calendar year, the National Hockey League is set to drop the puck on the 2021-22 season in days. The Dallas Stars start their regular season campaign against the New York Rangers at Madison Square Garden on Oct. 14.

After a disappointing campaign in the 2021 season that saw the 2020 Western Conference champions fall out of the playoff picture, Dallas enters a valuable year for its current core. As team leaders like Joe Pavelski, Tyler Seguin, Jamie Benn, Anton Khoudobin and Ben Bishop enter the later stages of their careers (and, for Khoudobin and Pavelski, contract years), the time is now to win in the playoffs. As for the defense, Miro Heiskanen, fresh off a contract extension, is expected to take another big step forward.

But on the other hand, the Stars organization has drafted extremely well over the past five years- and this season will be a great barometer of where the team’s youth is at developmentally. Jason Robertson leads Dallas’ young core after a brilliant 2021 campaign that saw him finish as the runner-up in Calder Trophy voting to Minnesota’s Kirill Kaprizov.

The preseason is obviously a time to evaluate- and that arguably might be most important for a time like Dallas with its blend of youth and veterans. There are several position battles that will be interesting to watch.

One is in net, where Dallas seems more likely to see a lot of former Washington Capital star Braden Holtby. Ben Bishop hasn’t played in over a calendar year- when he came on in relief in the 2020 NHL Playoffs. He’s still under contract with the Stars, but shifted over to long-term IR, which is a clear indicator of his health status.

The pressure is on Anton Khudobin to perform. After a strong debut season, second-year player Jake Oettinger looks primed to be the goalie of the future. Holtby and Khudobin will likely battle it out for starts- but don’t be surprised if Dallas tries a three-goalie rotation, either- like Boston and New York have experimented with in recent seasons.

In addition to the goalie battle,  keep an eye on several young skaters that are seeing heavy minutes in the team’s two preseason games thus far. Recently signed first-round draftee Wyatt Johnston played 19 minutes in the team’s game against Florida on Wednesday. Riley Tutufe, Jacob Peterson, Ryan Shea and Thomas Harley also are still puzzle pieces still waiting to see where they fit in within Dallas organization this year.

The Stars continue the preseason Friday against Colorado, and have three games next week before traveling to New York to start the regular season.