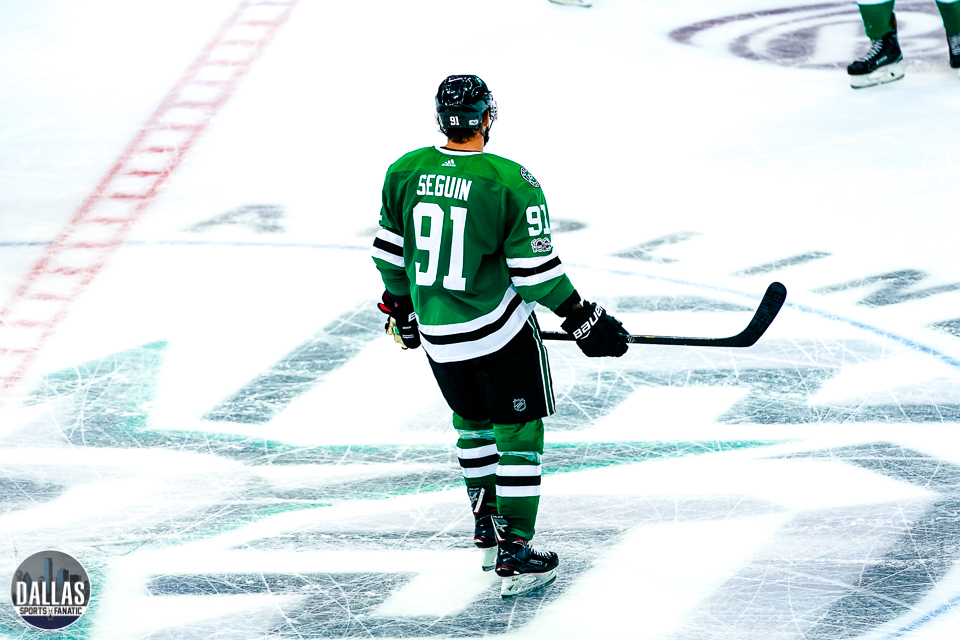 The game began with Colorado coming out of the gate strong.  The offensive onslaught began with the Avs scoring four goals, within a 2:36 span in the first period.

Ben Bishop would only last 13:43 into his series debut, being pulled after the fourth goal of the game, replaced by Anton Khudobin.

Former Stanley Cup Winner, Andre Burakovsky, netted two goals and one assist for Colorado, and Nathan MacKinnon put a goal and an assist on the board, as did his linemate Mikko Rantanen.

The game concluded 6-3.  With the Avalanche trimming the series lead 3-2, what does this mean for the Stars?

Sometimes receiving a gut punch in these types of games can be a blessing in disguise.  While the team lost pretty out right, there are still positives to take away.

The captain Jamie Benn is red hot and rolling right now, recording goals in each of the last three games, with a total of eight points, through the first five games of the series.  We see over and over again, Benn leading the way, and his team following suit.

Captain America, Joe Pavelski, is in his typical playoff form. He’s tied for the team lead in goals (8) with Russian comrade Denis Gurianov.  General manager Jim Nill picked up the former Shark for playoff depth last offseason, and Pavs has not disappointed.  He continuously manages to crack the opponent’s goal through tips, snipes, and everything in between.

Miro Heiskanen continues to shine, notching a goal and assist in game five.  The young Fin has put points on the board in each game of the series thus far, with his point streak dating back to the last game of the Calgary Flames series.

Who Starts in Net?

Coach Rick Bowness finds himself in a bit of a dilemma in net.  Does he go with the Stars number one goalie, or does he keep rocking and rolling with Dobby?

Anton Khudobin has won three out of the four games that he has started in this series, and overall, has looked been solid in net.  He has posted an .899 save percentage throughout the series, coming into this game.

In Bishop’s series debut, he let in four quick goals and had to be yanked after being recently cleared for play.  The Denver native had only played two games in the bubble prior to this game.  He hasn’t looked particularly strong in any of his outings.

Dallas is going to have to come out firing on all cylinders to prevent the Avs from forcing a game seven.  Facing a hot Colorado team trying to stay alive is a dangerous place for the Stars to sit, and they know that.

Look for the Stars to try and end the series next game.  While it may not be a do-or-die scenario, the team does not want to see a game seven.