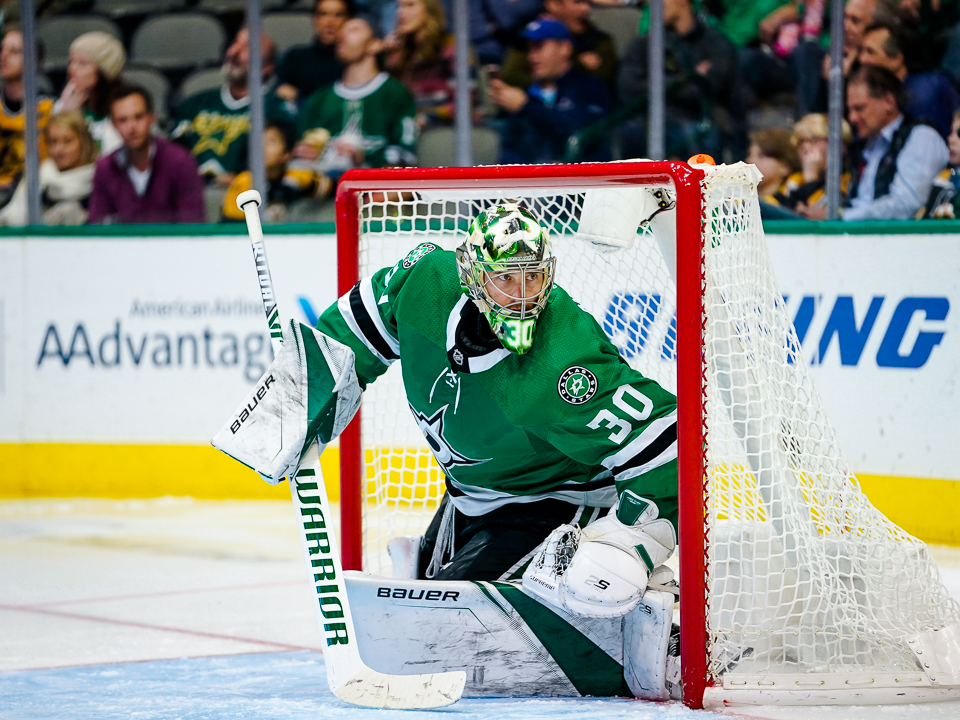 The Stars were looking to bounce back from a winless road trip, in which they lost four in a row.  They came in with the 2nd best home record in the league, at 10-3-1, hoping to turn things around.

The Flames were red hot heading into the game, sitting atop of the Pacific Division with 46 points.  Led by Johnny Gaudreau, Matthew Tkachuk, and Sean Monahan, they had managed to go 12-2-1 in their last 15 games.

The first period began physical, and the Stars quickly gained the advantage in the shots category.  Calgary appeared to come out of the gate slowly, wrapping up their three game road trip.

Jamie Benn opened up the scoring.  The play was set up by the forwards cycling the puck down low, and Seguin was able to get the puck right through the crease in front of Calgary goalie David Rittich, for an easy tap in by the Captain.

The period ended 1-0 in favor of the Stars.

The Stars came out of the gate, quickly registering another six shots on net, just three minutes into the period.

In what was a weird play behind the net, Bishop was playing the puck, but he was clipped on the chin by Garnet Hathaway.  Bishop stayed in the game briefly, but would end up getting replaced by Khudobin on the next stoppage of play.  The Stars, however, were unable to net a goal on their second power play of the game.

With a little less than three minutes remaining in the second period, Hanzal got a shot off that was blocked by a Calgary defender.  The puck ended up right in Faksa’s wheelhouse; he was able to make a pretty play to his backhand, and slide one past Rittich for the Stars’ 2nd goal of the game.  He mentioned post game he was worried about the goalie poke checking him, however, Rittich never went for it.

Hathaway collided with Tyler Seguin shortly after the goal.  It was a play in which neither player saw each other, but Roman Polak had enough of number 21, especially after the Bishop incident.  He skated directly over to him and started throwing punches.  He was given two minutes for roughing.

The period would end 2-0 in Dallas favor.

Ben Bishop would come back in net to start the 3rd period.  After the game he told us that it was just NHL protocol to have him pulled from the game, not his own.

The Stars would manage to hang on, after a complete 3rd period onslaught by the Flames.  The game wrapped up with Dallas winning the game 2-0.

The Stars managed to push past the Flames for the 2nd time this season.  The arena was really buzzing, and the coach touched on it post game, mentioning that the team was really excited to play in front of the home crowd again.  It will be the only game of the series played at the American Airline Center.

The refs were calling everything tonight.  If a stick went parallel to the ice, they were calling it, if a stick touched an opponent’s glove, it was penalized.  All goals came at even strength, so it would not prove to be much of an issue.

Ben Bishop finished with the 1st star of the game.  After the game, Montgomery was asked to touch on the netminder’s return to the game.  He said he asked Bishop how he felt and Bish wanted to go in, so he let the goaltender make that call.