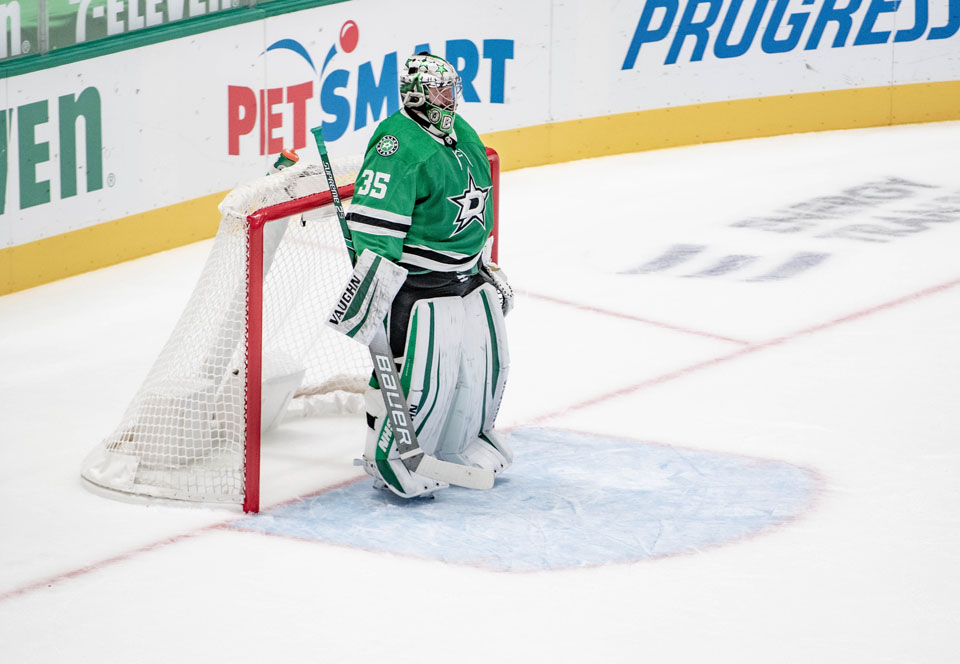 In many ways, the Dallas Stars have been the poster child for an example of what can go wrong with the National Hockey League’s plan to push forward with play amid the COVID-19 pandemic.

The group was tied for the longest stay in the Edmonton bubble last August. It also endured an outbreak of he virus right before puck drop in January- leading to a week-long delay in its season start.

Add goalie Anton Khudobin and head coach Rick Bowness re-entering COVID protocols in the middle of the team’s Carolina series to that list.

The Stars situation- along with news of half of the Vancouver Canucks’ roster testing positive– a sobering reminder that, even with vaccines available and a decreased likelihood of a March 2020-style pause, playing amid a pandemic with several viral variants is a huge challenge.

There were strange circumstances surrounding both situations. Khudobin received a positive test back in January, and supposedly saw significant symptoms. Many leading scientists believe that individuals can’t coduct the virus twice, so there’s hope among Stars brass that he, along with Bowness- who has already been fully vaccinated, according to general manager Jim Nill- both received false positives.

Anton Khudobin's test from this morning came back negative. Jim Nill said he is cleared to travel with the team to Chicago.

Jake Oettinger started both games of the back-to-back against Carolina in Khudobin’s place, while Bowness left Sunday’s 1-0 loss in the second period. Assistant Coach John Stevens took over coaching duties for the third. Bowness, 66, will remained quarantined pending further testing.

Dallas took game one of the series to add onto a week in which it took three of a possible four against surging Nashville- who current holds the playoff spot it’s chasing in an effort to defend the Western Conference title.

The Stars continue to score enough to be competitive- but not enough to win in regulation. Dallas was shutout for only the fourth time all season Sunday- and the first since Mar. 20 against Detroit. Seven of the Stars’ last nine losses have all been by a single goal.

Jason Robertson and Joe Pavelski continue to lead the way for the Stars. Robertson is in serious Calder Trophy contention for the league’s best rookie with six goals since Mar. 4- including a four-game point streak last week. Pavelski hasn’t scored since Mar. 25, but picked up two assists in Thursday’s win.

Let’s all stand and applaud Miro Heiskanen. The Stars young phenom played an incredible 24:46 of ice time Sunday- only trailing teammate John Kilngberg, who racked up 26:29. Heiskanen also recorded three blocked shots and two shots on goal, nearly single-handedly giving the Stars a chance in the loss. That’s not uncommon for those to- but they have struggled to turn defense into offense as Dallas fights to stay in the playoff push.

Finally, we see some improvement. The Stars regressed all the way back to the mean with truly average units in both special teams situations. After surging to start the season, it’s been a consistent backwards trend as Dallas catches up in games played- until this week.

Dallas jumped up to 6th in the NHL with a 23 percent clip on the man advantage- mostly helped by Joe Pavelski, who still leads the league in power play goals with 11. Dallas has dropped to 22nd on the penalty kill. That’s two spots worse than the Buffalo Sabres- who just snapped an 18-game winning streak.

Rookie Jake Oettinger has been a revelation, and currently ranks 15th among NHL goaltenders who have played in 10 or more games with a 2.34 goals against average. Oettinger also held is own filling in for Khudobin twice- getting robbed of receiving a star in a 37-save performance on Sunday night.

The Stars are absolutely in contention with 20 games left, but need to start winning games, and score more than enough to simply stay in contests. Two games with the slumping Blackhawks in Chicago, followed by a home contest against Florida, and what will essentially be a clear look at who’s the favorite for fourth in the Central after Columbus and Chicago’s cold streaks.