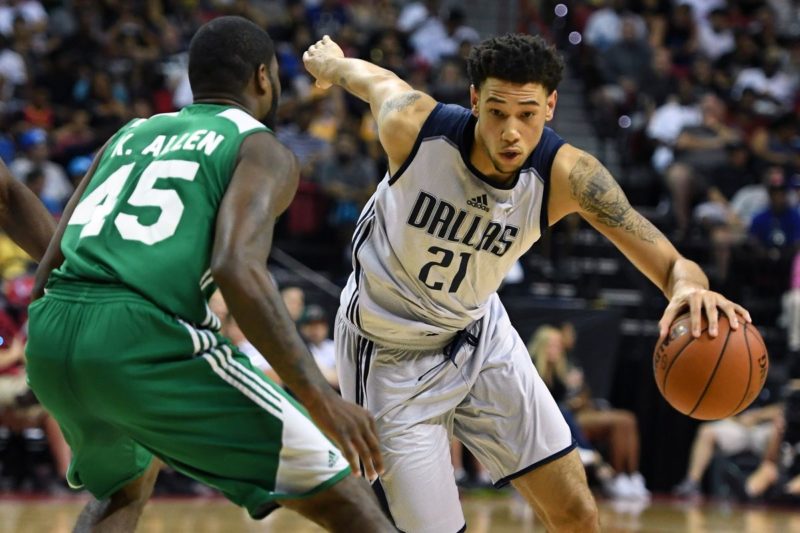 Have no fear Mavs fans, we’ve finally signed our big man. No, not Nerlens Noel but Brandon Ashley! The Summer League standout earned himself a contract with the Mavs after impressive showings in Orlando and Las Vegas.

In Orlando, Ashley helped lead the Mavs to the Orlando Summer League Championship while averaging 8.5 points and 5.5 rebounds. As the competition intensified in Las Vegas, so did Ashley’s performance. The 6-foot-9 big man averaged 11.5 points while snagging 3.7 rebounds per game, as the Mavs made their way to the championship game in Vegas.

As Earl K. Sneed reported for Mavs.com, Mavericks summer league head coach Jamahl Mosley described his applause of Ashley’s summer performance. “He was very good for us. I think it’s huge. He’s showing he knows how to play, he’s showing he belongs at this level, and he just does the little intangible things that I think are going to be good for us going forward.”

When it comes down to Ashley’s roster spot on the Mavericks, it seems that he’ll most likely rotate between the Mavericks and their G-League affiliate, the Texas Legends, which is no stranger to Ashley. The former Arizona Wildcat played with the Legends during the 2015-2016 season, where he was named an All-Star for averaging 14.8 points and 6.8 rebounds. As Mavs insider, Mike Fisher stated on his Twitter account, don’t jump the gun on Ashley being a full-time roster spot at the big-league level.

Prospecting Ashley’s game at the NBA stage, there are strong similarities to another Maverick forward; Dwight Powell. The two forwards share very similar statures while their game play also relates to one another. Dwight has proven himself to play both inside and on the perimeter for the Mavs while showing he can hold his own on the defensive end. Over his stint with the Texas Legends and his time this summer with the Mavs, Ashley has shown he has the potential to mirror Powell’s skill-set.

With training camp right around the corner, Brandon Ashley is ready to compete for a roster spot after his impressive summer.

“I mean, it’s definitely an opportunity. Playing with guys that are already on the team, you definitely want to go out there and prove yourself by affecting the game the same way they are.”