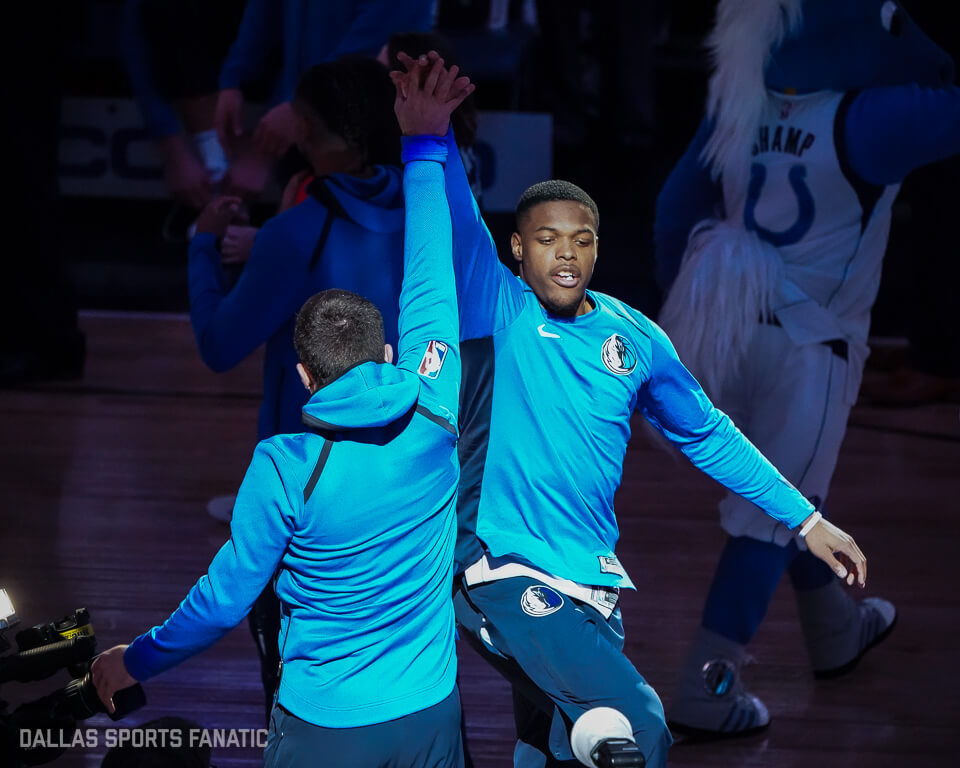 The NBA offseason; the most exciting offseason in all of sports. We have the NBA Draft, the craziness of free agency, and a plethora of trade rumors swarming around the league. But, what happens behind the scenes while your favorite players are training for the next season? I was able to speak with Brandon Payne, Founder and CEO of Accelerate Basketball. Brandon is an NBA player development specialist and is known to be Steph Curry’s trainer since 2011. And guess what, Mavs fans? Brandon has been working out with our own, Dennis Smith Jr. this summer. I spoke with Brandon about his journey before starting Accelerate Basketball, how he began training Steph Curry, and what he has worked on with DSJ during this offseason.

Mulford: Tell me a little about your background and how you ended up starting Accelerate Basketball.

Payne: Well, I’ve been working with players since 1998, a little bit over 20 years. I was a pretty good high school player. Not really good enough to do much past that and I knew all along coaching was what I wanted to do. I was a college coach for a few years out of college but figured out quickly that just wasn’t for me. I was more interested in player development and creating a system where we could accelerate player development and player learning. At that time, I started messing around with different things from a strength and conditioning stand point, started learning about neurocognitive functions, and the learning behavior in players and different ways to combine all that stuff. Just over the years, continuing to learn and continuing to try new things to see what works best for each player, I’ve come to a pretty good system. The system doesn’t fit every player the same and I have to make sure I fit what we do with each player for what they need.

Mulford: You’re known for being Steph Curry’s trainer. How did that relationship start?

Payne: This is now my 8th year with Steph. Started with him in 2011 and been with him since. Had a lot of other guys during that time period but Steph has really been the guy that stuck. During the lockout year in 2011, I had a bunch of guys working in my facility in Charlotte. Steph was rehabbing with one of my clients at the time, Gerald Henderson. One day, on the way to a workout, Gerald texted me and said ‘hey do you mind if Steph comes to workout?’ I paid a lot of attention to him that day. Spent a good amount of time explaining things and the system we used and he liked it a lot. That night, he called me and asked if I was available that morning at 7am and we’ve been working together ever since.

Mulford: In regards to Dennis, did you meet him through one of Steph’s UA camps or was that a Carolina connection?

Payne: Just this past year, Dennis really caught my eye and became a player that I really wanted to work with. They reached out to me right after the season this year and normally I wouldn’t take on other players, but he’s a little bit different. With Dennis, we’ve been working together on and off this entire offseason. We worked a little bit in Charlotte, we worked in Dallas, we worked some in Vegas for Summer League, and now we’re working in the Bay area for a few days. And we’ll continue to work through the offseason and probably into the season as well. He’s somebody I really enjoy working with. He’s a willing learner and definitely worth the time. It’s a relationship I’m looking to solidify and continue as we work to get Dennis some new tools offensively in games.

Mulford: What are the main aspects of Dennis’ game that you two have been working on this summer?

Payne: I mean, really everything. It’s really hard to say ‘hey in the offseason, we want to do this and this only’. It’s kind of a holistic approach to player development. We talk about everything from nutrition, to sleep, how you’re preparing to workout, your heart rate during a workout, how we cool down after workouts. Like right now, he’s upstairs in our facility. He just finished cryotherapy and is going into a one hour float to unlock his body. Really, it’s not just one thing. We want to work on becoming a better pro. We want to be a pro about everything we do, every day. Pro about how we wake up, pro about how we eat, pro about how we workout, and a pro about how we sleep. Just really learning how to work and be a pro to take the next step.

In terms of specific skills stuff, we’re working on making his shot a little more efficient. Working on new ways to create space, working on ways to finish around the rim by creating controllable contact. We want him to get to the line one or two more times a game. He had a really good rookie year and we’re just looking to build on that.

Mulford: With Dennis’ jumpshot, are there any tweaks or changes that you thought were needed to his form or release?

Payne: You know, we talk about things from a conceptual stand point. We aren’t looking to change things; we’re looking to polish things. Every player is going to shoot the ball a little bit differently. There is no carbon copy to make someone else’s shot to make your own. There are certainly concepts and elements of other guys shots that you want to incorporate. There’s a couple things we’re working on with him, just picking up the ball off the ground and getting your thumb under the basketball and finishing a little bit more confidently on each shot. Really, the big focus for him is being comfortable and confident. Those are the two things that I want all the shooters I work with to be when they’re on the floor. We don’t want them to question stuff. If he can do that, he’s going to be a really good scorer.

Mulford: Lastly, for the Mavericks this season, how do you see Dennis and Luka Doncic playing off each other and what kind of success do you see that partnership creating in years to come?

Payne: I’ve seen some of Luka’s film. Obviously, haven’t seen him in person but I’ve heard nothing but great things about him. You’d like to think that when you add another really talented piece to the lineup, those guys can play off each other really well and their attributes and strengths can compliment each other. I’m hoping that adding Luka can help space the floor a little bit more and can give Dennis more driving angles and some more room to create and look to kick to Luka and his teammates.