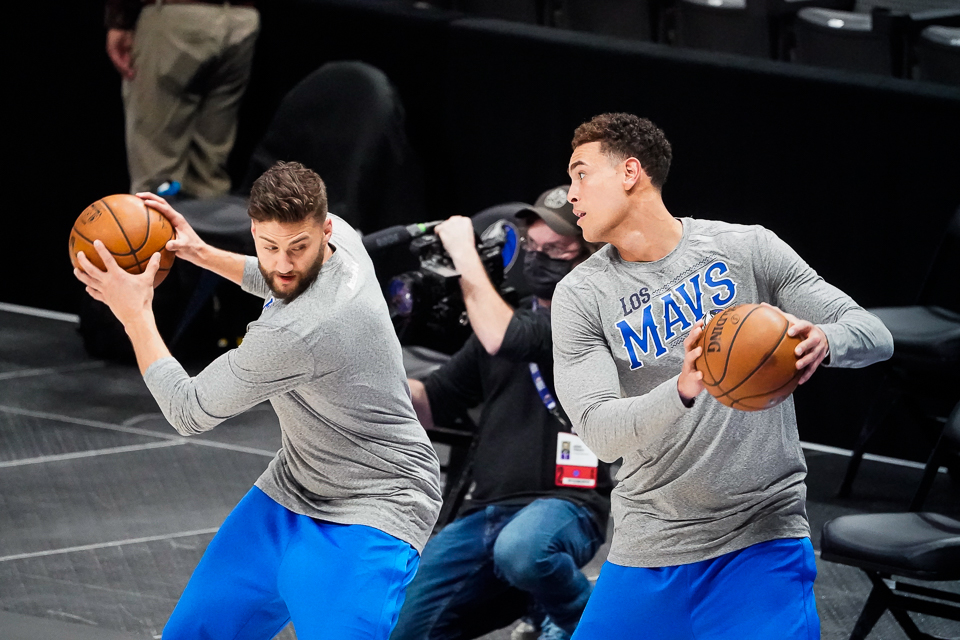 Breaking down the latest Mavericks trade buzz ahead of the deadline

Breaking down the latest Mavericks trade buzz ahead of the deadline

With less than 48 hours remaining until the NBA trade deadline, things have been pretty quiet on any actual transactions league-wide. There is no shortage of buzz and rumors about who could head where, but there are still many more questions to answer between now and Thursday afternoon.

Our Mavericks staff got together to address some of the most pressing questions surrounding the team ahead of the deadline.

Off all the names that Mavs have been linked to by credible reporters in recent days, which name grabs your attention the most?
Reese Konkle: Probably a guy like Norman Powell. He certainly wouldn’t be my favorite of the listed available names, but we know how the Mavericks are when it comes to trade season. They’re incredibly tight-lipped and leave us all to wildly speculate what their intentions are.

With a guy like Powell, you’re getting a dynamite scorer & solid positional defender at the off-guard spot. He gives you little in the area of playmaking, which I think needs to be addressed, but make no mistake he’s a clear talent upgrade.
Michael Mulford: I’d say Aaron Gordon or Norman Powell. Both guys are in their mid-20’s and are assets on both ends of the floor. Gordon would be killer in the pick-and-roll with Luka and adds another plus defender who can switch and guard multiple positions. Powell would bring a three-level scorer who has been shooting lights out this season, along with a capable perimeter defender. With that said, I wouldn’t bet my money on the Mavs acquiring either Gordon or Powell but they’d fit like a glove in Dallas.
Which name do you think is the most realistic addition via trade between now and Thursday?
Reese: Probably a player like Evan Fournier or Andre Drummond, simply because the price won’t be too expensive. Fournier is particularly intriguing because of his at-times explosive perimeter scoring and how that compliments Luka.
Matching salaries plus some seconds definitely seems in the ballpark of fair, especially considering where the teams they currently play for are in the team-building cycle. Plus, they’re both expiring this year. Really makes sense for all parties.
Mulf: I agree with Reese here – Drummond or Fournier. Though it sounds like Drummond could be headed to the Lakers via buyout, I’d take a swing at Drummond for James Johnson’s expiring, salary filler and a second round pick or two. Like Drummond, I’d send the same package to Orlando for Fournier. A veteran scorer who can fill it up would give Dallas another guy who can get himself a bucket and another target on the perimeter for Luka to provide easy open shots for.
Is there any player besides James Johnson and his expiring deal that you feel particularly confident could be included as a sweetener in any deal the Mavericks make this week?
Reese: Kleber & Finney-Smith both stand out to me. They’re terrific role players on very cost-effective contracts. As much as Mavs fans love to critique their lack of dynamic talent, that is still a commodity in the league. Jalen Brunson is another guy, but I don’t think he goes anywhere unless it’s a significant trade, and I don’t see that in the Mavs plans.
Mulf: Outside of Johnson, I’d say Dwight Powell and Trey Burke. With Powell, it may benefit the Mavericks to shed his contract in any deal, though they may have to add an asset as Powell has struggled this season. Burke’s contract is very team-friendly and could be a rotation piece for a playoff team, though he hasn’t played a ton for Dallas this season. With Kleber and DFS, if the Mavs part with either of them, it’d have to bring back someone who can fit their roles. And Brunson is probably the sexiest trade asset Dallas has, but I’d be surprised if he’s involved in any deal unless it’s a home run coming back.
Related TopicsAndre DrummondDallas MavericksDorian Finney-SmithEvan FournierfeaturedMaxi KleberNBATrade Deadline