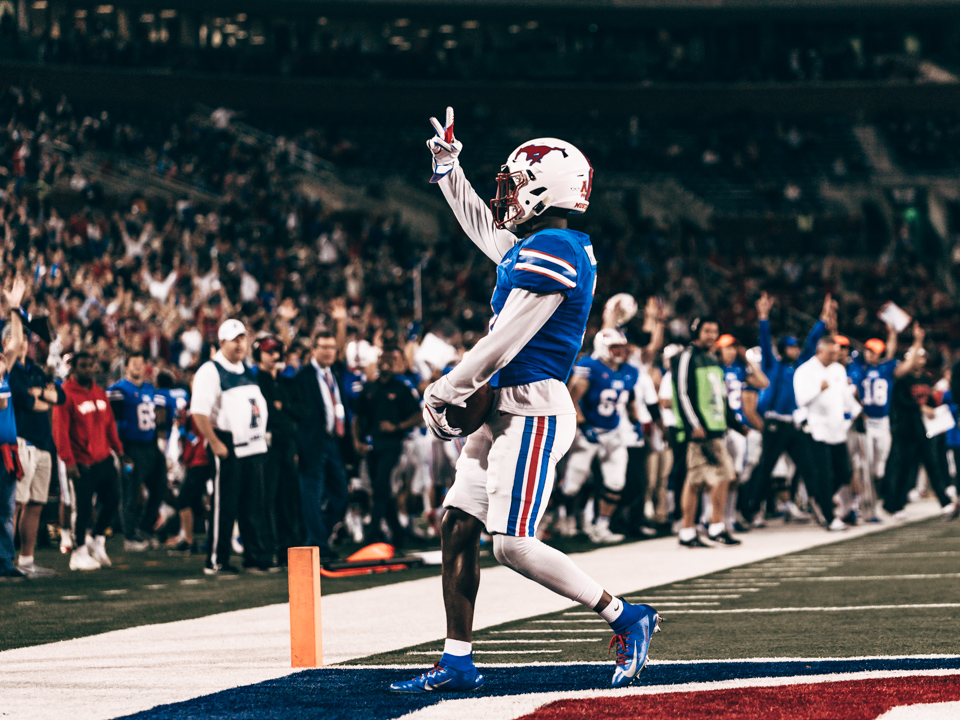 The SMU Mustangs and Houston Cougars met for the 34th time Saturday night and for just the 12th time the SMU Mustangs defeated the Cougars 45-31. The Mustangs have now upset the ranked Cougars twice in the last three seasons.

The Mustangs offense was the story of the first half. They outgained the Cougars 379-153 behind Ben Hicks 225 yards passing and three touchdowns. Hicks bounced back from last weeks game clinching pick six with a career high 4 touchdowns.

The Mustangs would never trial in this game, jumping out to a 17-0 lead.  Houston would then score 14 straight to make it 17-14 after a fumble recovery for a touchdown. That didn’t phase the Mustangs as they were able to put together two touchdown drives right before halftime to lead 31-14.

SMU would extend that lead to 38-17 on a Reggie Roberson Jr. 59 yard touchdown pass with 1:59 left in the third quarter. SMU would take that lead into the 4th quarter.

Quarterback Ben Hicks said after game that the Cougars wanted no part of their running game. That was on full display on the Mustangs drive to seal the game, a drive that went 60 yards on 13 plays on all runs to go up 45-31 and ice the game. Ke’Mon Freeman would finish the game with 20 carries for 107 yards.

Coach Dykes felt like this was the most complete game of the Mustangs season.

Next up for the Mustangs is a road contest against Connecticut.