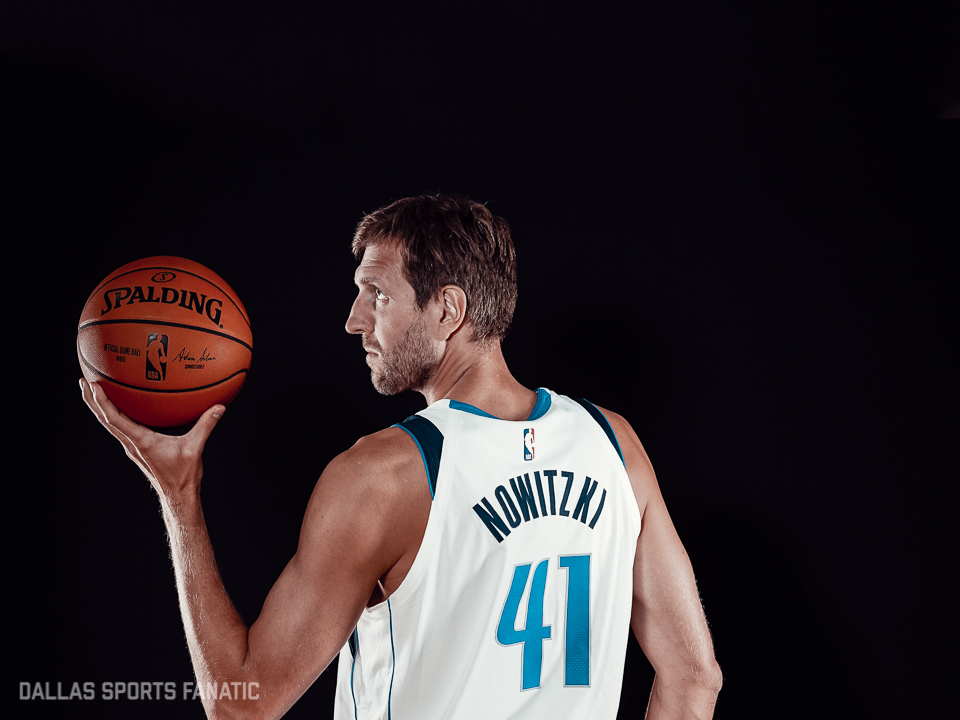 Carlisle says Dirk ‘likely’ to come off the bench for Mavericks

Carlisle says Dirk ‘likely’ to come off the bench for Mavericks

There has been one question looming for Mavs fans ever since Dallas drafted Luka Doncic; what does that mean for the starting lineup? Well, on draft night, Rick Carlisle made it clear that he projected Luka to be in the starting lineup.

So, who’s the odd man out? By process of elimination, we knew right away that it certainly was not Dennis Smith Jr., Harrison Barnes, or newly acquired DeAndre Jordan. That left two candidates; Dirk and Wes Matthews.

The prospect of bringing Dirk off the bench has been brought up in the past few years as he has slowed down. Rick Carlisle has been reluctant to do so out of respect for the legend that Dirk has built throughout his career. On the other hand, bringing Wes off the bench would leave a lack of defensive depth on the wing for the starting lineup.

At Mavs media day, Rick Carlisle announced the preliminary decision to bring Dirk off the bench during the upcoming season. “Well, he will likely come off the bench. He and I have talked about it. He actually has talked about it for some time,” Carlisle stated on Dirk coming off the bench. “For 20 years, he’s been a starter. We’re going to have to really work on the best way to get him in the game, if this is the way we go.”

With Dirk coming off the bench, that would leave Wes Matthews sitting in his normal spot as the starting two-guard. The additions of Luka and DeAndre this offseason shift Dirk to the 6th man role as Dallas looks to continue their youth movement.

“It’s pretty obvious at this point and Dirk knows this. We’ve talked about it and we have to move the franchise forward the right way,” Carlisle said on the future of the Mavericks. “Dennis, Matthews, Harrison, Luka, and DeAndre, right now, look like the best team to start games.”

As expected and showcased over the past 20 years, Dirk handled the decision with grace and with one thing on his mind; winning. “I think that’s something we’ll talk about when we get to that point. When we signed DeAndre, it was pretty much clear in my head that I’d be coming off the bench,” Dirk said about coming off the bench. “It’s all about winning at the end of the day. Whatever puts us in the best position to win is what we’re going to roll with.”

And as always, Dirk added a little humor with that grace as he’s always quick to poke fun at himself. “If that’s the case and I’m coming off the bench, better keep a bike ready and a few massage therapists in the back.”

So, what can we take away from Dirk coming off the bench? Well, first, that means Luka will be technically playing the 4 or should I say point forward. Barnes will shift back to his comfort zone at the 3 after playing a lot at the 4 last season alongside Dirk. With Dennis, Wes, and Harrison defending the perimeter, Dallas is able to have a versatile group of defenders who can switch and having DeAndre as the defensive anchor in the paint adds to that versatility.

And for Dirk? Well, it continues to show just what a selfless human being he is. Winning is all that has mattered to him throughout his career. And if him coming off the bench for truly the first time in his career means that the team has a better chance to win, there’s no hesitation in his eyes.

I do know one thing for certain; #41 will receive the loudest ovation from the crowd that any 6th man has ever received. And that’s no debate.