Free agency is on the horizon and ready to launch come 12:01 a.m. ET Tuesday morning.

Carmelo Anthony holds the throne as the market’s top realistic option to change cities. LeBron James could surprise people by leaving South Beach, but odds are he stays put.

Anthony has at least set dates for meetings with his Top 3 choices outside New York this week. 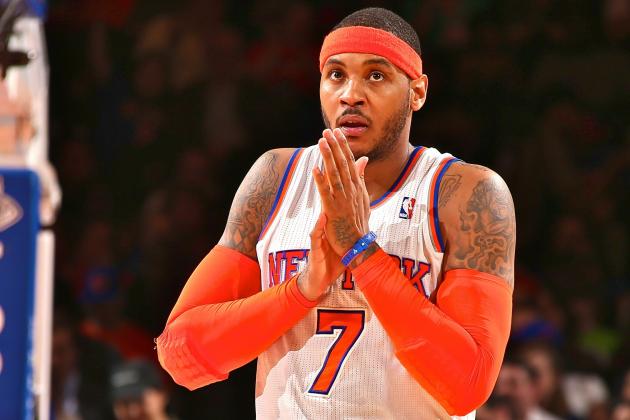 On opening day of the frenzy, Anthony will first fly out to Chicago and meet with the Bulls on Tuesday. Many believe teaming up with Derrick Rose, Joakim Noah and playing for the stout defensive club led by head coach Tom Thibodeau in a weaker Eastern Conference serves Anthony his best destination.

Anthony will then knock out two birds with one stone in Texas, meeting both the Houston Rockets and Dallas Mavericks on Wednesday.

Per ESPN, sources say Anthony is likely to visit the Rockets first on Wednesday morning, followed by the Mavericks in the afternoon.

This is Dallas’ third plate appearance in as many summers. Strikes get old, it’s time to make contact and smack one out of the park.

We need a homerun!

Anthony is expected to meet with the Los Angeles Lakers the following week.

New York remains the lone team able to offer Anthony the most money and an extra year, but the sincere visits suggest winning might be the greater priority.

It will be hard for Chicago, Houston or Dallas to offer Anthony his full max deal, which would be four years and nearly $96 million.