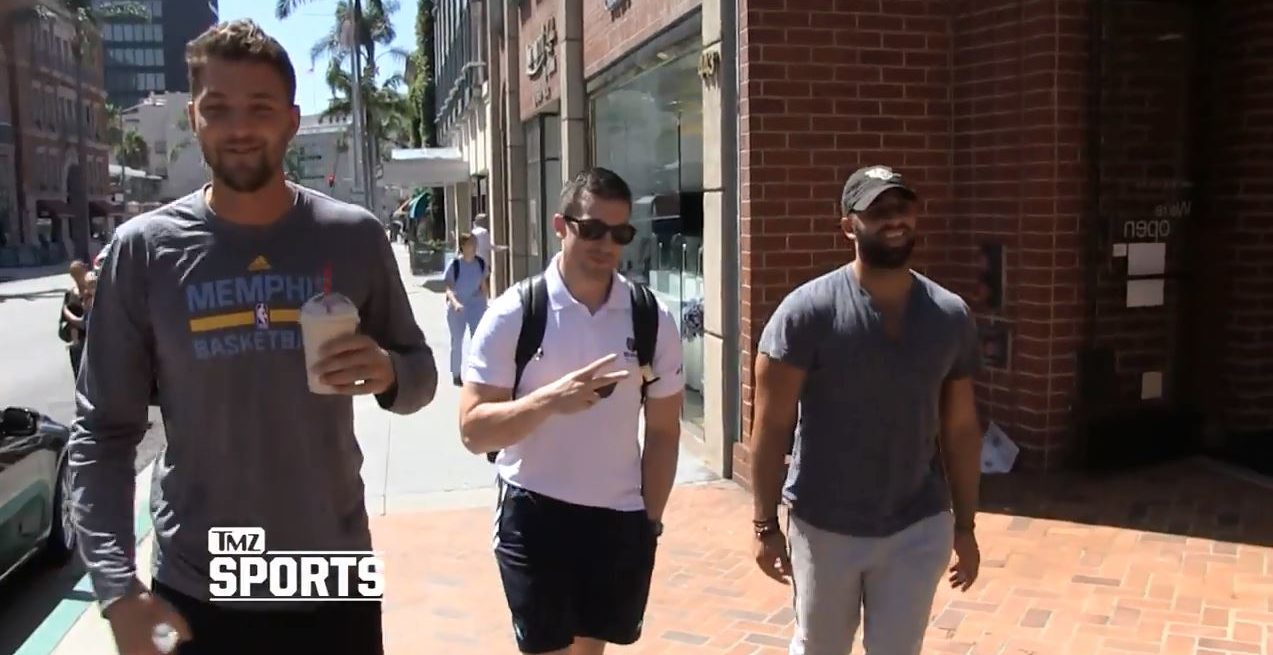 Good old TMZ caught up with former Dallas Mavericks forward Chandler Parsons as he was walking down the street with the Memphis Grizzles’ trainer and good buddy Pausha Haghighi a couple of days ago.

The reporter asked Parsons what is was like to work for Justin Timberlake (Grizzlies’ minority owner) and his role in recruiting the 27 year-old to Memphis. Parsons said he “wasn’t really friends” with Timberlake, but he did have a conversation with the pop star during the recruiting process.

As Parsons was leaving, in a Rolls-Royce of course, the reporter squeezed in a few last minute questions about his former team and the state of his relationship with his former boss.

Are you still good friends with Mark Cuban?

“You know what they should. It’s a great city. Great coach. Playing with Dirk [Nowitizki] was cool. I don’t know, man. They got Harrison Barnes though.”

Watch the full video below: