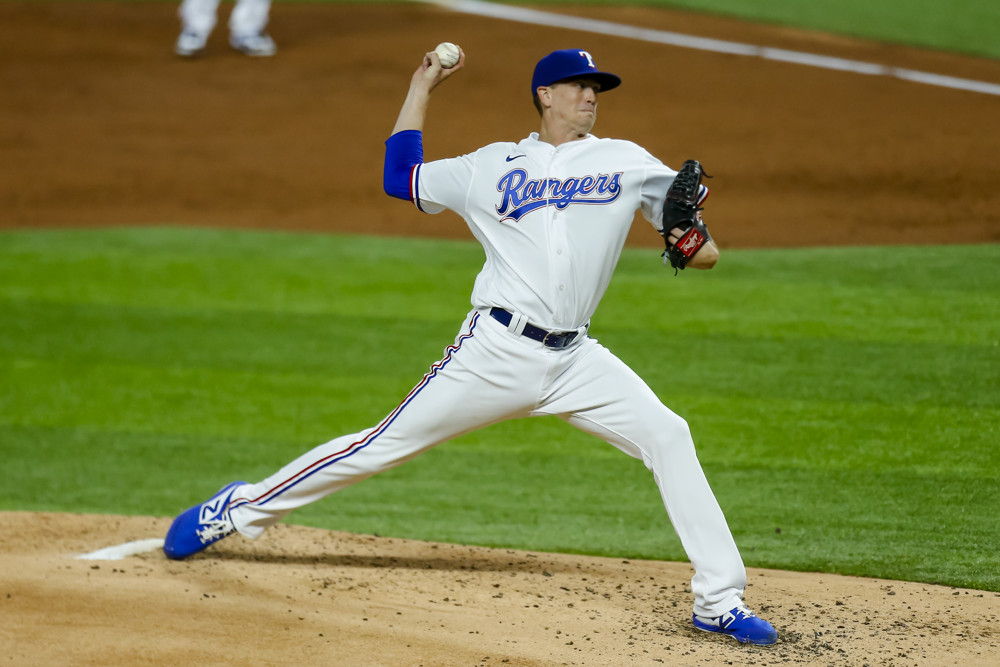 Who had fun with this Trade Deadline?

The Rangers had three main guys on the queue that they were likely to deal heading to the week. On Wednesday (finalized Thursday), the Rangers sent Joey Gallo and Joely Rodriguez to the New York Yankees for four prospects that all ranked in the top-25 within the Yankees organization. It’s a deal that hurt the fans emotionally, but a deal that the organization needed to fully commit into the rebuild process.

Rangers and Yankees make it OFFICIAL.

“It may take me a while,” Chris Woodward said when asked for his reaction to the Gallo trade. “That one hurts. The growth and who he is as a man, and this is off the field. I’m not going to talk about what he’s done on the field. The growth he’s had as a human being has been phenomenal. I’m proud of him. He’s got the heart of a champion.”

“I think it’s awesome for him,” Isiah Kiner-Falefa said Friday. “We got to see what he was able to do here with little help around him [with] a young team. Going there, he should be able to flourish. I hope they give him the opportunity to play right field to win a gold glove.”

“Joey and Joely, [I’m] happy for them,” Jose Trevino told me. “They get to play in New York, so that’s cool. I wish them the best. It’s hard to see them go, but it’s good for them in the long run.”

In the final hour of the deadline, the Rangers dealt Kyle Gibson and Ian Kennedy to the Philadelphia Phillies. As a result, Texas received three good prospects, including the top prospect in the Phillies organization entering the 2021 season. Things looked up for Texas, and fans thrived in the thought that it was a steal. Shortly though, the reveal hit, and news broke that Hans Crouse was a piece in the Phillies/Rangers exchange (with cash going to Philadelphia too).

“It’s still fresh,” Gibson told me Friday. “When you do get traded, you’re given a new opportunity and a new place to do your thing. Every side, there’s a negative and a positive, you got a team that’s losing somebody [and] you’re getting somebody and vice versa. Guys are excited to see where they’re going to be and meet the new people and get a chance to accomplish stuff in other cities, and that’s something I’m looking forward to.”

“For Gibby and for Kennedy, it’s a cool experience. Kennedy is at the point in his career where he’s a winner,” Kiner-Falefa told me. “It hurts to see those guys go,” Jose Trevino told me Friday. “Gibby and Kennedy, they’ve earned it throughout their whole careers, [I’m] very excited for them.”

Asked @kgib44 what he wanted to say to the @rangers fans. Here's what he told me: #StraightUpTX pic.twitter.com/MeNm2Xx7Pe

A primary component the Rangers wanted to do is bulk up a semi-sub-par farm system. After a few years of being sellers at the trade deadline and drafting well with their first round picks, they’ve succeeded. On paper, they received four excellent prospects where one cracks the Major Leagues soon. Plus, the Phillies trade added some pitching depth in the minors and a highly sought-out prospect from the Phillies system. Spencer Howard is a right-hander from Templeton, California. In 2020, his fastball rated tops in the Phillies system. However, his velocity has dipped in the past few years to under 95 MPH.

Howard has big-league experience pitching in eleven games for the Phillies in 2021. Four innings and a pitch count of 65 or lower has been Spencer’s cap. His last start came on July 26 against the Washington Nationals. He allowed six hits, struck out two, and gave up four runs in three-plus innings. Meanwhile, Kevin Gowdy has pitched sixty-one innings for the Jersey Short BlueClaws (High A affiliate). He struck out sixty-three batters in sixty-one innings (twelve starts and fourteen appearances). He hasn’t allowed more than five runs in an outing this season. Meanwhile, Josh Gessner, an Australian native, has only pitched in three games in rookie ball this season.

“Gibby, the last two years has been nothing short of phenomenal,” Woodward said. “What Gibby has done on the field, his willingness to listen, learn, grow as an older player. Gibby and Kennedy have been crucial in keeping the culture intact. As much as we’ve lost this year, [these] guys enjoyed coming to the field.”

Jon Daniels – "We have two real assets in terms of putting a championship club back on the field that our fans deserve, our market deserves, our ownership deserves. One is building an elite farm system. The other is we don't have much future financial obligations." #StraightUpTX

The curious part of that deal was Hans Crouse. The Rangers have been high on Crouse since they drafted him in 2017. In 2021, he’s spent the year in Frisco (AA) and extended with five straight starts going five or more innings. Crouse allowed two or fewer runs in each of those starts and allowed three or more runs twice in thirteen starts for the Frisco RoughRiders. Crouse likely was the piece that solidified Howard for Texas.

For what’s on the horizon in Rangers’ land, it’s go time. “The game is going to go on,” Jose Trevino told me. “We can’t just sit there and be sad about it. We’re going to miss them, but we have to step up as a team and take what they are producing and try to get it on our end. The show is going to go on.”

Interesting quote I got from Woodward pregame regarding the two trades.

"I look at it as it falls on me. If we were better maybe we don’t trade them. My job is to get this team to win and we are where we are. It sucks, it hurts. #StraightUpTX

It’s a tough task, but as Chris Woodward says, it’s an opportunity for others. “I know where we’re at. I know where our record is and [am] aware of that. When you lose pieces like this, from a numbers standpoint. Looking at this from a rational mind, you know you’re not going to be as good of a team. We lost our three best players. I look at it as an opportunity for all these guys. They’re coming together. I don’t think our guys are upset. They understand. “

For Isiah Kiner-Falefa, there’s more anticipation in the minor leagues. “At this point, we can take all the help we can get. Having that opportunity prospect-wise to help push us and knowing that we go guys on the way. It’s a better feeling. We always knew there was no one coming up, so having a better farm system is going to accelerate that, I hope. It creates a foundation that’s greater than any one player.” At this point, time will tell. Nevertheless, Rangers fans will miss Joey, Kyle, Ian, Joely, and Hans.

Gibson, "I really enjoyed my time here. Enjoyed the people, enjoyed everything our staff brought to me & everything they did to help me get to where I am today. I'm excited for Philly. Talked to them in the offseason before I came here before 2020." #StraightUpTX #RingTheBell https://t.co/3W6mY56ngU