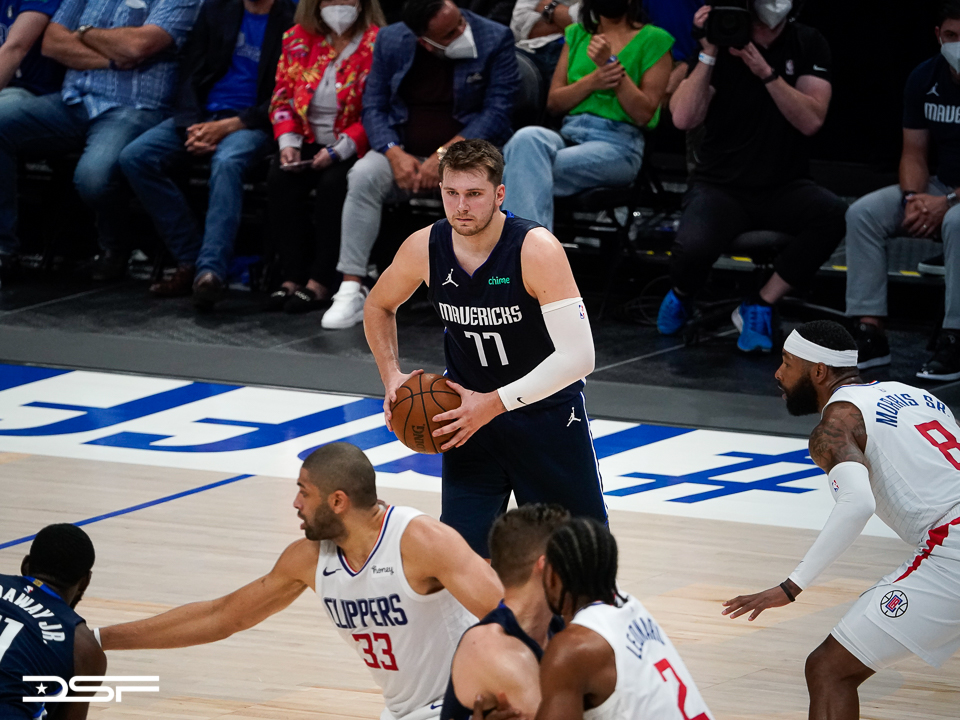 The hopes of a sweep have come and gone.

The Los Angeles Clippers bounced back in Game 3 after an early first quarter scare to beat the Dallas Mavericks, 118-108, as the Mavericks lead the series 2-1 going into Game 4.

First off, the MFFL’s were incredible. They had the AAC absolutely rockin’ for Luka and company’s first home playoff game which attributed to the Mavericks hot start.

Luka opened the game on a personal 8-0 run, with three step-back jumpers in the face of big man Ivica Zubac. The Mavs continued their hot streak, jumping out to a 30-11 lead before the Clippers went on a 14-2 run when Luka left the floor, trailing only by three at the end of one.

Kawhi Leonard and Paul George’s groove continued into the second quarter, as the two combined for 40 first half points and a 63-61 halftime lead for the Clippers. Luka put up a 26 point. 7 rebound, 4 assist first half to lead the Mavericks.

In the third, it was as back-and-forth as a game could get. No team could build a lead nor momentum as the Clippers took a 89-86 lead into the fourth.

But in the fourth, Los Angeles took control as Luka sat for the first few minutes of the quarter. Too many defensive lapses down the stretch, where two Maverick defenders rotated to the same player, leaving an open shooter wide open, led to Dallas’ demise and ultimately the loss despite a playoff career-high 44 points, 9 rebound, 9 assist performance from Luka.

Kawhi Leonard and Paul George combined for 65 points on a very efficient 24-of-35 from the field. The two superstars simply couldn’t be stopped tonight as they were able to get wherever they wanted on the floor.

Point blank, Luka didn’t have enough help tonight from his teammates on the offensive end, nor from himself at the free throw line, missing six of his 13 attempts. The next highest scoring Maverick was Maxi Kleber and Jalen Brunson, who both scored 14 points. When the Clippers are getting 36 from Kawhi and 29 from PG, Luka has to have a counter-part who can score alongside him.

That’s where we turn our attention to Kristaps Porzingis — he was awful tonight. Just flat out bad on both ends of the floor. 9 points, 3 rebounds, and 4 assists on 3-of-10 shooting for KP tonight. Offensively, he was letting smaller defenders dictate where he went with the ball. Defensively, he was lost, getting caught sleeping on several backdoor cuts and was late rotating to open shooters in the corner on numerous occasions.

Though the Mavericks still lead the series 2-1, Carlisle and company will need to game plan for a potential smaller Clippers lineup in Game 4 and going forward, which could end up in fewer minutes for Porzingis if he continues to struggle on both ends.

The Mavericks will look to bounce back in Game 4 on Sunday night at 8:30PM.