It’s easy, and pretty common in this age, to develop a false sense of knowing a person based on what you see in pictures and in 280 characters on social media. I’m guilty of it. I’ve often said, for example, that Cole Beasley is like a sour patch kid. He can come off a little sour at times, as seen in his saucy tweets. He’ll also gush about his adorable family of four, and you remember there’s a sweet side to the scrappy wideout.

That simile is purely based off six years of following the veteran receiver on Twitter and, like, two in-person interactions. That’s just a tiny fraction of Beasley’s real life. I don’t know his backstory. I don’t know his passions, his struggles, his thoughts.

Well, correction. I didn’t know those things until this past weekend.

Last week, Beasley made headlines with the release of his first rap album, “The Autobiography.” Players around the league have praised his debut, and the album even creeped into the iTunes Top New Albums of May 2018 chart.

#13. Almost there!!! This is crazy! pic.twitter.com/0cvepmqmKL

Personally, I was a little skeptical, and that’s no shade to Beasley. He’s one of my favorite current players. I just wasn’t sure if I was ready to see him as a rapper, and I wasn’t the only one with those sentiments.

“Cole Beasley? With the long, blonde hair? Who went to SMU? Interesting.”

– my friend’s reaction after telling her about the album.

You can’t knock something until you try it, I suppose. So, this weekend I found a quiet coffee shop, grabbed my notebook and earphones and had my first listen of “The Autobiography.”

By his third song, “My Baby,” I let go of my skepticism of his ability to flow. Midway through the album, I accepted that the album had exceeded my expectations. But when he hit me with the lineup of “United Hate in America,” “Day 1’s” and “80 Stings” towards the end of the album, I found myself vibing way more than I’d anticipated.

My rap palate is typically satisfied with crafty rhymes that weave into an interesting narrative with a side of clever wordplay on a nice beat. Beasley airs on that side of the spectrum in his debut. His beats induced a nostalgia that brought me back to a time when I was incredibly keen on mixtapes, though there wasn’t a lot of variety in his accompaniment.

His talent as a lyricist thoroughly impressed me, but the confidence and ease in his delivery is what hooked me. Beasley’s flow reminds me a lot of how I view his play on the field: gritty and raw. At one point I found myself making that face. You know, the face you make when you hear a filthy beat and the corners of your mouth turn down into an upside down U-shape. 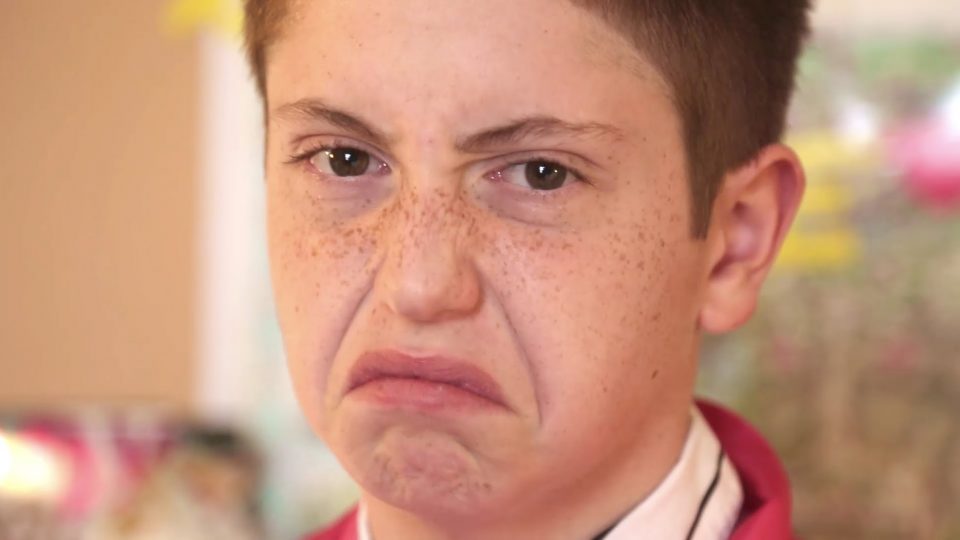 Beasley wrote everything on his album except the hook on United Hate in America, touching on everything from race, stereotypes and some of the issues I previously mentioned regarding social media. Beasley only briefly touches on his backstory, though. So, I did my homework on the 28-year-old athlete before taking my second listen of his album.

Beasley grew up in a close family from Little Elm, Texas. His upbringing laid the foundation for his family-oriented values and affinity for being a homebody. He’s the youngest of three children, perhaps the spark that sources the competitive flare we see today.

Beasley’s father, Mike, was the head football coach at his high school, so he was always learning the game. His father encouraged him to work twice as hard to prove his talent and success was by his own merit. Like when he beat out two upperclassmen to win the starting quarterback job as a freshman. It was because Beasley was simply the better player.

His father’s wisdom followed him to college, where he became the go-to wide receiver at SMU. He had the speed, the hands, the explosiveness, but his 5-foot-8 frame and appearance made him a perennial underdog. That “going the extra mile” mentality came to define his work ethic and style of play. After his four years as a Mustang, he signed as an undrafted free agent with the Cowboys.

“When you are a guy my size, a lot of people don’t expect that much from you,” Beasley says. “So really, you can’t do anything just as good as everybody else. You have to exceed the expectation. When you are little, you have to go above and beyond to make teams. When you are a big guy, you can take a play off or make a bad play and still make the team just because of your potential. They don’t normally look at guys like me as high-potential guys. You have to come out here and make plays, outwork everybody and show up on film as much as you can.” – Beasley in a 2013 interview for Dallas Cowboys Star Magazine.

During my second listen of “The Autobiography,” I heard it a little differently. In his opening track, “I Am What I Am,” I felt the gratitude he has towards his dad and family for encouraging him to be all that he could be. In “My Baby” and “Day 1’s,” I felt the love and appreciation he has for his wife for being his support when the stresses of being a Dallas Cowboy, and all that comes with it, weigh on him. And in Stereotypes, I honestly felt annoyed for him and how often he deals with being categorized because of his appearance.

The fact that u think I get open on just smarts is hilarious. The whole white players are smart deal is really annoying. I’m more athletic than the majority of the wideouts in the nfl. Just to set it straight. https://t.co/tnpb9bHLTV

Beasley’s lyrics are a window to his story, his struggles, his thoughts. His vulnerability is refreshing, and I’m a fan.

The Autobiography is a solid debut for the “rapper/athlete,” and now I’m invested in following his growth as an artist. He’s certainly exceeded expectations, but I don’t know why that surprised me. He’s been exceeding expectations all of his life.