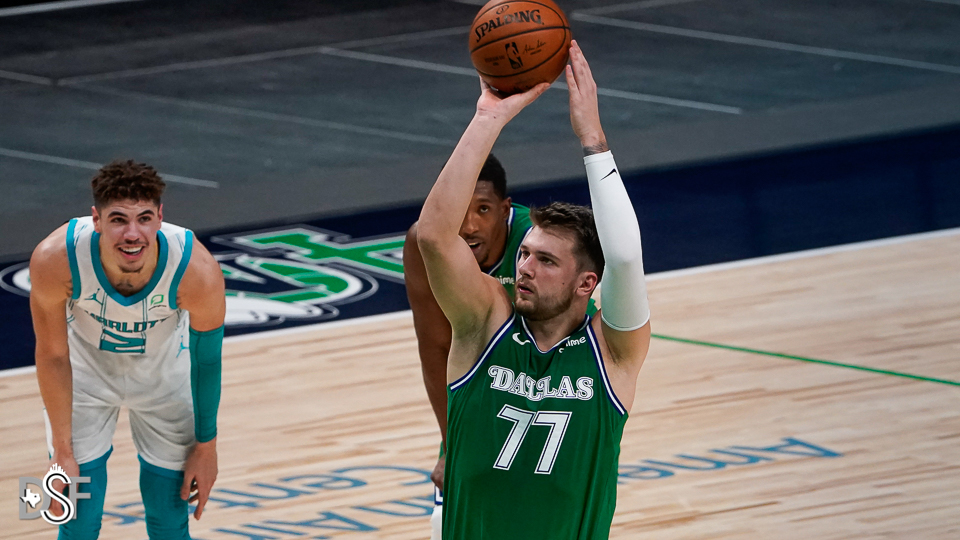 As I watched the second half of the disastrous Mavericks and Hornets game on Wednesday night, I had to resign to the fact that Dallas was fixing to start the season with a 1-3 record. That stinks and isn’t fun at all, but it’s just four games. Teams have 1-3 stretches throughout the course of a long regular season all the time. Good teams, bad teams, mediocre teams. All of them have their share of hiccups along the way.

But right out of the gate? That stings a little bit more and if you spend more than five minutes on Twitter during a Mavs game, you’d think the franchise should pretty much just fold as soon as possible.

In my years of religiously following the Mavericks, dating back to roughly the 2001-2002 season, I don’t remember a ton of 1-3 starts. One bad start that stands out in my mind was the 2-7 start the team got off to in Rick Carlisle’s first season on the bench back in 2008. I legitimately thought that the Mavs t-shirt wearing owner near the team’s bench might fire his brand new coach less than ten games into the season. However, even that team was only 2-2 through its first four games compared to the 1-3 start by the 2020-2021 Mavericks.

Going back to the year 2000, four previous Mavericks teams have started 1-3 or worse:

For what it’s worth, the opening night starting lineups for both years:

Hey, you could have told me that 2016 lineup was going to win 55 games and I’d be like “PFFFFT. That’s it?!?!” Oh to be young and naive. Check out some highlights from that season’s opener in Indiana. Was a pretty fun game.

The thought that there was a “if everything goes according to plan” idea with Andrew Bogut and Dirk Nowitzki playing extended minutes in an NBA frontcourt in 2016 was pretty bad.

The 2011-2012 Mavericks got off to a 1-3 start after the lockout pushed back the start of the season and then half of the roster flipped during the crazy, abbreviated offseason. They’d go on to be swept in the first round by the eventual Western Conference champion Oklahoma City Thunder.

Then we can’t forget the 2006-2007 Mavs team that strangely started 0-4 before rattling off 12 straight wins and eventually finishing with a franchise best 67 wins. Unfortunately, we all know how that season ended with the “We Believe” Warriors and Dirk’s awkward MVP ceremony.

Back in the present, even with the current team’s record at 1-3 and Luka Doncic looking like the worst version of himself since early in his rookie season, I’m very optimistic that this Mavs team will be fine and will get things together to have a really good regular season that leads to a playoff berth.

For anyone who still has championship aspirations after the 1-3 start, however, history is not at all on your side.

Dating back to the 1990 Detroit Pistons, only ONE team has ever gone on to win the NBA title after getting off to a 1-3 start: Michael Jordan and the 1991 Chicago Bulls. The Bulls were 0-3 to start that season but then got on the winning track on November 7th, 1990 when they beat the Minnesota Timberwolves who were in only their second NBA season. Horace Grant and Jordan led the Bulls with 17 points each while Tony Campbell (?) played all 48 minutes for Minnesota and led them in scoring with 26.

Besides that Bulls team, no other NBA champion in the last 30 years has had a losing record through four games.

Perhaps you didn’t have championship expectations heading into this season. That is perfectly fair and reasonable. Some people were dreaming, though, and unless Luka Doncic turns into 1991 Michael Jordan, this 1-3 start might have already doomed any hopes for a title. Sometimes the history books can be quite hard to accept.