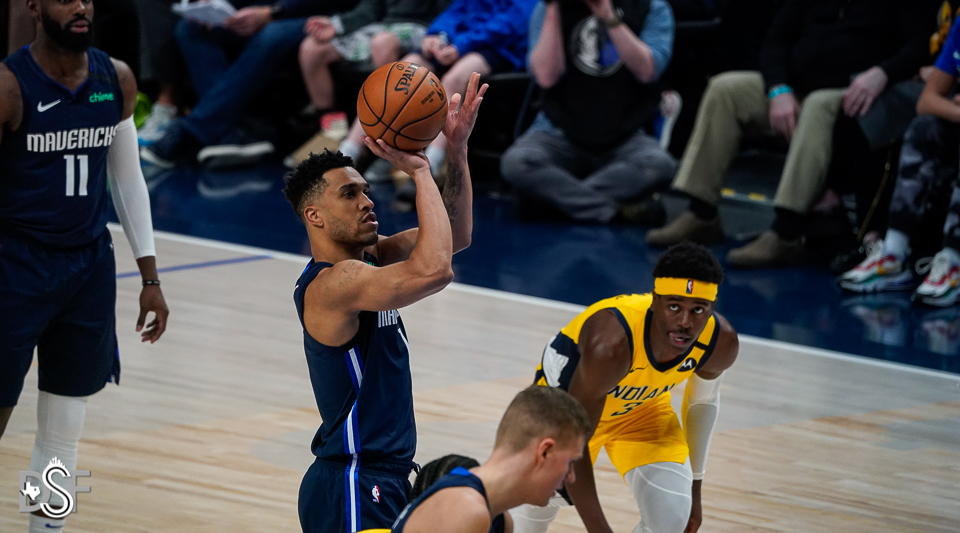 The New York Times’ Marc Stein reported late Monday afternoon that the Mavericks will be without Courtney Lee when the 2019-2020 NBA season resumes in Orlando next month. This apparently happened in a “freak accident” that caused a significant calf injury for the 34-year-old veteran.

Before the season halted in March, Lee was beginning to see his first significant stretch of increased playing time since coming over from the Knicks in the Kristaps Porzingis trade back in January 2019. Since February 1st, Lee had been averaging 18.9 minutes per game and shooting 40% from beyond the arc. After the season-ending injury to Dwight Powell, the perceived season-ending injury of Jalen Brunson and the slow development of newly signed wing Michael Kidd-Gilchrist, Rick Carlisle was leaning on Lee as an “always ready” veteran in the lineup for a team that was lobbying for playoff positioning in the standings.

Understandably, Mavs fans quickly went to focusing on who Dallas could sign to replace Lee when the league’s transaction window opens up tomorrow at 11 AM CT. That will require some maneuvering as Dallas’ roster is still considered “full” with 15 players and then the two two-way spots filled by Antonius Cleveland and Josh Reaves. The Mavericks would have to waive someone in order to create a roster spot to sign a replacement for Lee.

In the final year of the four-year/$48 million contract he signed in the summer of 2016, it might not seem ridiculous for the Mavericks to merely waive Lee and whatever money remains on the final few months of his deal, but it would be a bit of a shock. Next to J.J. Barea, Lee is probably the most-respected veteran voice and presence in the Mavericks locker room stacked with young talent. This should be evidenced by the fact that despite the countless times fans have tried to plug Lee’s expiring contract into a deal for a bigger name veteran presence like Andre Iguodala, the Mavericks decided they’d rather stick with their internal option.

It’s also entirely possible that a few Mavericks could opt out of the return to Orlando all together for safety or personal reasons, they have until Wednesday to do so. Players making those decisions would be able to be replaced on the roster without someone needing to be waived.

Before exhausting the option of waiving Lee and creating a roster spot, there are certainly wing options already on the Mavericks roster to try to fill in the minutes at the 2/3 positions. The aforementioned Reaves, Cleveland and Michael Kidd-Gilchrist could simply play more minutes since they’ve already been working in the Mavericks system for months now and the transition would be smoother than bringing in someone from the outside in the middle of a global pandemic.

Of course, there is someone else who is pretty familiar with the Mavericks system, can play the 2/3 positions and still lives in the DFW area… 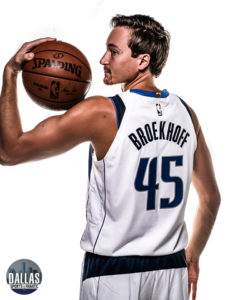 After being waived by Dallas to make room on the roster for Michael Kidd-Gilchrist in February, Ryan Broekhoff has remained unsigned but is still in the Dallas area with his wife and son who just turned one. With a young child like that, would it be worth it for Broekhoff to head to Orlando for at least 53 days to likely just get marginal playing time? It might not be the no-brainer decision that people without kids might assume it would be, but if Dallas is able to make some noise in the playoffs and Broekhoff makes a couple big shots on the national stage, it could be what gets him another deal in the league in the offseason.

It’s not even worth discussing the big names on the market like DeMarcus Cousins or Jamal Crawford at this point, but bigger surprises have happened before.

While the news of Courtney Lee’s injury is unfortunate, it could be the start of a week of juicy Mavericks news with the team (including international stars Luka Doncic and Kristaps Porzingis) returning to the facilities and beginning COVID-19 testing.