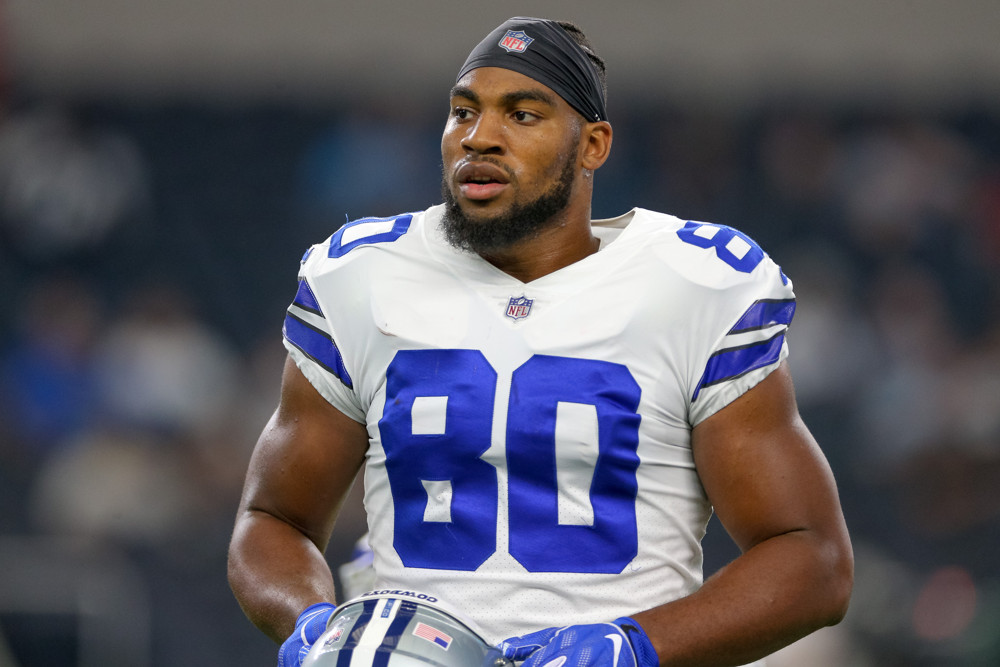 Training camp cuts are nothing new to the NFL. Numerous players get the golden opportunity to suit up for their respective teams, but only 53 players will have the unique privilege to make the official roster before the regular season begins in September.

Gathers entered the NFL in 2016 after he was drafted in the sixth round by the Cowboys. Gathers was an unusual prospect because he spent his collegiate career gracing the hardwood at Baylor University.

The 6-foot-6, 285-pound tight end wowed NFL scouts during his pre-draft workouts and he made the decision to transfer his well-documented basketball talent to the gridiron despite being inactive from football since he was 13 years of age.

Gathers made the Cowboys active roster in 2017 and was lightly held as a possible replacement for current Cowboys starting tight end Jason Witten.

However, Gathers encountered numerous injuries and substances of abuse issues between the 2017-18 seasons, which kept him away from the team and disabled him from getting any progression on the field.

Last season, after battling all his issues, Gathers caught his first professional pass during the Week 5 Sunday night showdown against the Houston Texans.

Despite his short progression, Gathers encountered more trouble off-the-field and was on path to be suspended one game during the 2019-20 NFL season for violating the NFL’s policy and program on substances of abuse.

As a result of Gathers’ production on the field during past seasons, unfortunate injuries, his off-the-field shortcomings and his glaring ineffectiveness during training camp thus far, the Cowboys cut ties with the former Big 12 All-Defensive Team basketball player.

Gathers caught three passes for 45 yards during his short career with the Dallas Cowboys. Witten, Blake Jarwin, Dalton Schultz and Codey McElroy are the remaining tight ends currently on the roster for the Cowboys.

The departure of Gathers can certainly be an eye-opener for other players on the roster who have their backs against the wall.

Training camp is where players have limited time to prove their worth and Gathers’ absence can be a stepping-stone for other players to improve their game rapidly before they’re handed their walking papers.

The Cowboys will continue their regularly scheduled training camp sessions in preparation for the start of the 2019-20 NFL season.