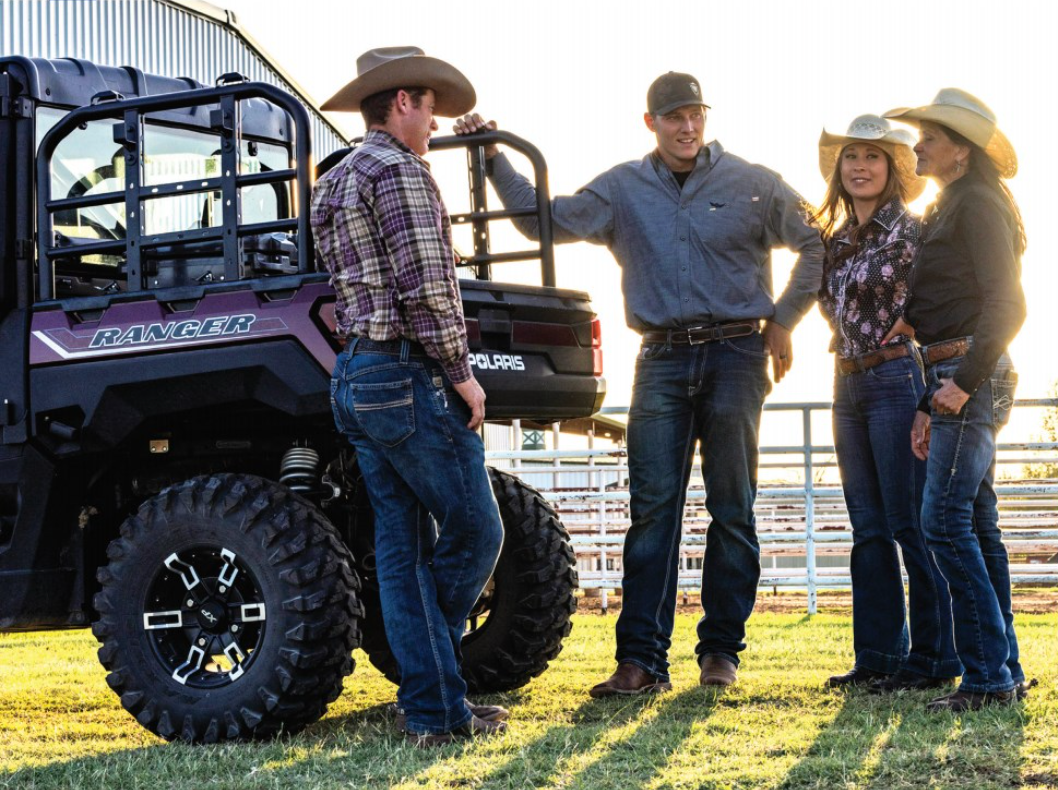 The NFL offseason is a time for relaxing by a pool, sightseeing or preparing for the upcoming season. But, for Dallas Cowboys’ linebacker Leighton Vander Esch, it’s time to release his true inner cowboy.

Now, this isn’t as farfetched as you’d think. The cowboy culture seeps through Leighton’s family, and Vander Esch learned about rope swinging growing up in Riggins, Idaho. Leighton’s wife, Maddy, competed at the Fort Worth Stockyards a few years ago, and Riggins is known for its annual rodeo.

In “Cowboy Code,” Leighton and Maddy put their rodeo skills to the test as they collaborated with World Champion tie-down roper Tyson Durfey and star barrel racer Lisa Lockhart as part of a project for Polaris Off Road. It’s a series that will be available on YouTube. The first episode premieres on Tuesday, July 26th, at 10:30 am central time. The Vander Esch’s spent the day at Durfey’s ranch and rodeo training facility, learning and nourishing the ranch and rodeo life. Maddy and Lisa did barrel racing while Tyson, a calf-roping champion, gave Leighton some rope lessons.

In the series, the Vander Esch’s learned what it meant as full-fledged cowboys. The day of filming ended in fitting cowboy fashion with some barbeque in a crisp sunset sky on the Brazos River. “I think the Cowboy Code is really the ethics the world needs right now,” Tyson Durfey said. “[I] got to spend the day with Tyson Durfey and Lisa Lockhart filming a super cool series for Polaris Off-Road. [It] can’t get much better than spending a day with such great genuine people. One I will remember forever,” Leighton said.

Vander Esch is entering his fifth season with the Cowboys after playing an entire sixteen/seventeen game season for the first time in his career. Quarterbacks posted a career low for Vander Esch when they targeted him (87.9) with an extreme decrease in missed tackles. 2021 was a step in the right direction for the first-round pick from Boise State in 2018. The Cowboys’ defense saw a profound change in efficiency between 2020 and 2021, with an opposition quarterback rating of 76.6 (third best in NFL) in 2021 compared to 100.4 (seventh-worst).

“Cowboy Code” will premiere on Polaris Off Road’s YouTube page beginning Tuesday at 10:30 am central time. Heading into training camp on Wednesday, Leighton Vander Esch can now say he’s a true Cowboy on and off the field.